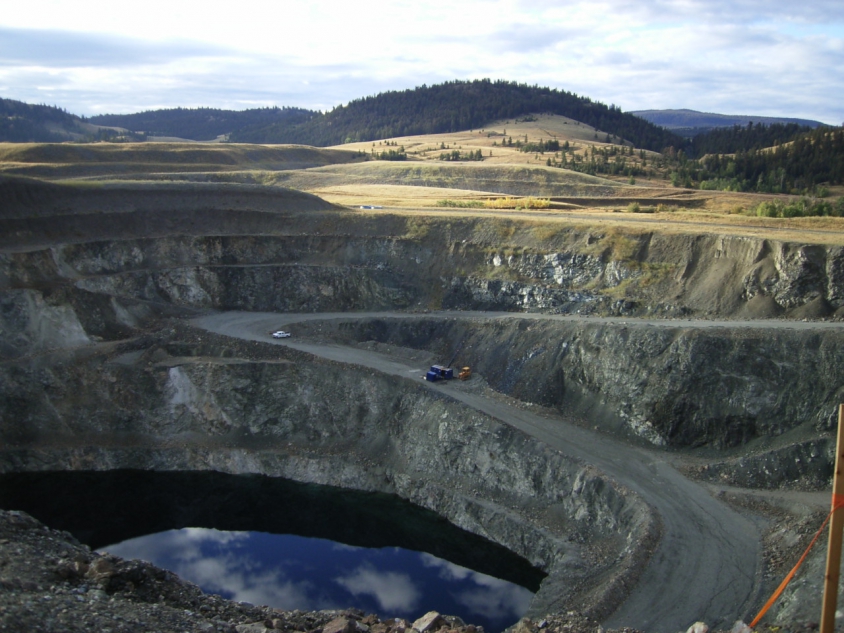 Mining for support in Kamloops

Are donations to politicians — and the community — going to buy Ajax Mine’s way into Kamloops?

KGHM Ajax could be described as the proverbial “house guest” in Kamloops — with a “thanks for having us” gift in the form of donations, rather than the standard box of chocolates or bottle of wine.

Of course, Kamloops isn’t the only community where an outside corporation has attempted to buy, for lack of a better word, the residents’ affection and loyalty. All around the globe, mining companies have been known to use donations as a tactic — and let’s be clear, it is a tactic — to ingratiate themselves to a nearby community.

Why so generous? KGHM is pushing for a massive open pit copper/gold mine right next to Kamloops — and doing everything in its power to get it approved.

With a pit as deep as the Empire State Building is tall and a wet-tailings facility five times the size of the one that failed at Mount Polley, the Ajax mine would sit two kilometres from an elementary school, and uphill and upwind from a community of 90,000 people.

Surprisingly, the federal and provincial environmental assessment offices released a joint report that seems to favour KGHM and its proposal. There’s no precautionary principle, or Health Impact Assessment for the people of Kamloops. There’s just a report that repeatedly says “mitigation measures” will be needed, as well as monitoring for the success rate of “predictions” about possible impacts. With wording that alludes so heavily to an experiment, the community is left wondering if the British Columbia Environmental Assessment Office (BCEAO) was swayed by political interference.

More than $56,000 worth of corporate donations were handed from KGHM to the BC Liberals in the lead up to the last election.

On November 20, 2015, when the BCEAO confirmed that the Environmental Impact Assessment application met the requirements of its guidelines, KGHM’s spokesperson said, “This is a very exciting day. We’re very pleased with the outcome and look forward to the future.”

That same day, the mining company made a $20,000 donation to Christy Clark’s party.

Given the winds that frequently blow over the proposed mine, which would bring an uncertain amount of toxic particles straight into the town below, the people of Kamloops have a right to wonder how the BCEAO would decide air quality, among other things, would not be subject to significant adverse effects.

With independent consultants, Medical Health Officers from the Interior Health Authority, and scientists from the Ministry of the Environment all showing the same concern and coming to similar conclusions about air effects due to possible pollution from the mine, it makes it even more difficult to understand what could inspire support for this project.

The final public comment period for Kamloops to share its thoughts with the BC EAO and the federal environmental agency is now closed. As a result, there are almost 800 submissions that could be reviewed and used to shape what the new ministers will learn about KGHM. Here’s hoping public feedback is taken seriously.

Ingratiating themselves to the community

KGHM has taken every measure to win the favour of the people who live next to their proposed mine. For example, the company hired a local retired police chief (a member of society who evokes feelings of trust and respect) for their External Affairs Management position.

With ads saying that “mining is in our DNA,” Ajax has paid for expensive wall space in the Kamloops airport as well as radio, TV and newspaper advertorials that often posed as news stories rather than the paid advertisements they were. They even climbed right into the abbreviation of our city’s name by calling themselves “KAM” (KGHM Ajax Mine).

However, it is the money the company has injected into the community that has really made things ugly in Kamloops, as only money can.

Through the tactic of “divide and conquer,” over time KGHM’s donations have caused an increase in bad feelings within the community, hinging on the idea that various organizations and events were being “bought” by the company — with a loyalty “price tag” attached.

Colleagues, friends, neighbours, and sometimes even family members, became victims of broken lines of communication and broken relationships, as we, the wider public, stopped being patrons of, and participants in, community events, initiatives, performances in the arts, and the sporting events and games we love.

There is an undeniable price that comes when it is perceived that the money is the company’s attempt to “buy” our loyalty. As soon as it was known that money from the company would fund various swim teams and dance schools, community theatre organizations, soccer and hockey teams, film festivals and musical ensembles, to name only a few, boycotts began to drive people apart. The worst part of this cleaving of friends and neighbours was how it caused people to fall silent with one another, where the tension sat in not knowing who you might offend if you shared your true thoughts or feelings about the proposed project.

As organizations and businesses lost regular patrons, they became further dependent on funding from Ajax, and more loyal to the project.

Luckily, in Kamloops, one very wise young woman (in business for herself in a medical health field) was able to add a reasoned voice to the social media frenzy of outrage that was growing stronger with every new donation. Her message was that we should not turn away from our fellow community people, but instead, continue our involvements and patronage as usual. She suggested we should not boycott, as this would be a way for the company to be successful if their tactic was to “divide and conquer”. By continuing to support one another, we might be able to avoid the outcome of increased economic dependence on the company.

We need to support each other

In Kamloops we are dealing with more than just the potential impacts on health and safety — with very real threats facing our children, our water and the Indigenous Nations to whom we are neighbours — we are dealing with a company that is coming in and disrupting our community at its core. KGHM may be considered welcome by those who see short term job opportunities as more important than the long term sustainability of this region, but it is upsetting to think the previous government could have been favouring their own campaign bank accounts over the social fabric of our community, our environment and our families.

If the joint environmental report — which admits to countless uncertainties and pollution exceedances, yet is still oddly favourable to this open pit mine — was in any way linked to political interference, Kamloops residents have a right to know. KGHM must be evaluated for what it is, and the people of Kamloops need assurances that those evaluations are free from bias and perceived favour resulting from corporate donations.

This is a precedent-setting project, where the B.C. government’s response will flavour how decisions are made on future proposed projects of a similar nature. This isn’t just a Kamloops issue, this is a B.C. issue. This is why I support Dogwood’s call for a Corruption Inquiry. I am confident Kamloops residents, and the rest of B.C., will stand up together.

8 Responses to “Mining for support in Kamloops”