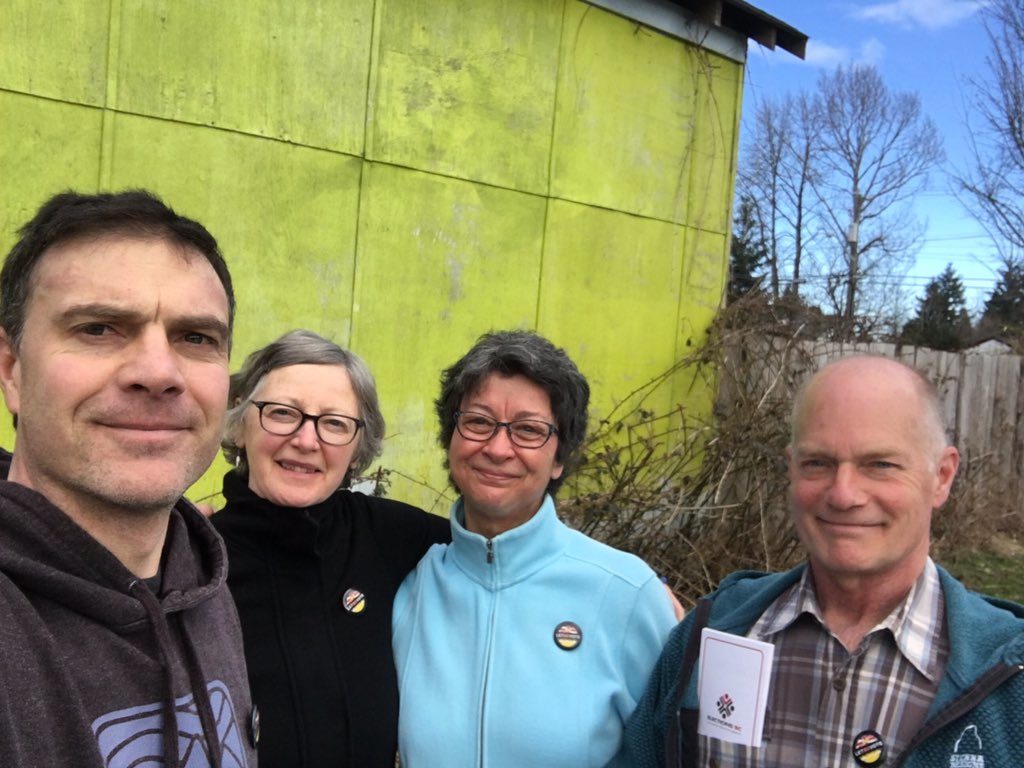 Engagement is a process

“I almost couldn’t believe it when I turned to Dave at our last event and said: I love this.”

Meet Terry Robinson. She’s been a critical member of Dogwood for as long as a team has existed in the Comox Valley.

“Dave and I were tabling together at the local Farmers’ Market when it struck me: I love talking to people about issues.”

That statement is music to the ears of anyone who knows anything about community organizing – a practice based on a principle that face-to-face dialogue is the best way to increase your community’s capacity to turn shared values into change – because having political conversations with people you have never met is not easy.

“The past four years have been quite a journey. I starting with data entry because I, like a lot of people, find it intimidating talking to people about issues when strong views are involved. I felt more comfortable staying behind the scenes, but…”

Before I let Terry finish that sentence I reached out to Dave Mills, Dogwood’s staff member in Courtenay to ask him about Terry:

“The journey that Terry talks about – I have been privileged to share that with her. And I know what she means – many of us feel uncomfortable if someone asks us “will you lead?” Turning data into power is leadership. She made that commitment. She also had insight, she’s extremely intelligent and a fiercely independent thinker who is not afraid to challenge our ideas. I would not be doing my job if I did not ask her to contribute that energy.”

As Terry puts it, “I eventually ending up knocking on doors. I never would have believed I’d be doing that when I signed on. Up next? figuring out how to do a survey on a cell phone. I’m sure the people who open their doors will be happy to help me figure it out.”

Terry Robinson is the anchor of a team that has made incredible strides in short time. It hasn’t been easy. After watching her community swing too far to the right she felt compelled to join the opposition campaign during the past Federal election. “I canvassed for an opposition candidate but found it more difficult because people have so many preconceptions.”

“Approaching people on issues rather than party ideology creates a better ground for connection.” 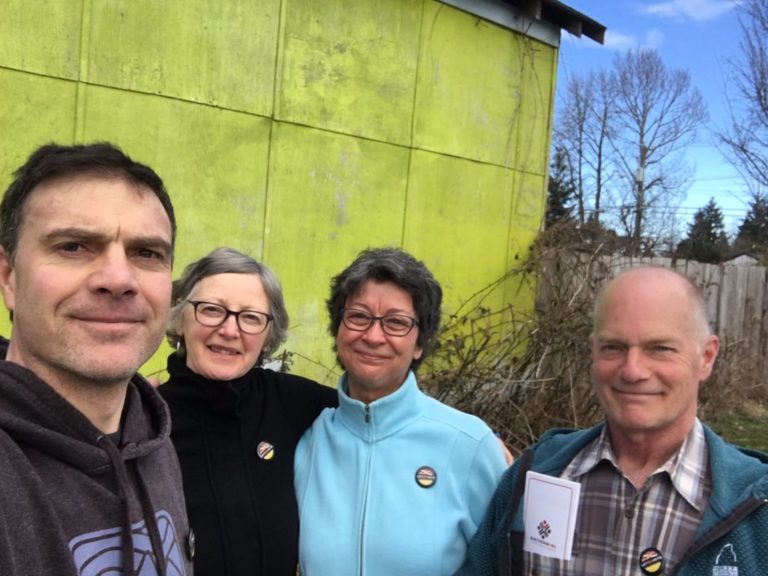 Terry (middle, in the blue) and the Courtenay-Comox team