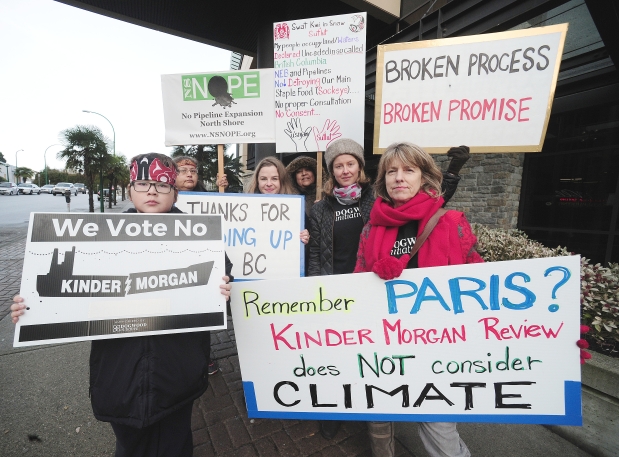 The Ministry of Natural Resources’ “NEB Modernization Panel” met a very skeptical audience at the Vancouver stop of their cross-country tour last week. Retired energy executive Marc Eliesen, who was so fed up with the industry-captured NEB that he withdrew from the Kinder Morgan review, offered the following remarks to the review panel.

His comments (full transcript below) remind us exactly how broken the NEB review of Kinder Morgan was — and how broken our Prime Minister’s promise was with it. 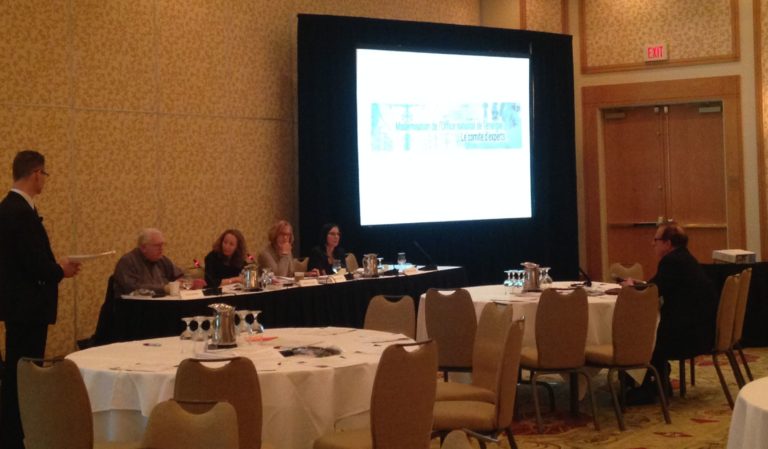 I welcome the opportunity to present to your panel.

My advice comes from over 40 years of experience in public and private energy sector executive positions.

My advice also comes from recent experience with the NEB review process. I was an expert intervenor during the Trans Mountain Expansion Review.

When your panel was appointed it was stated that — and I quote — “The Minister of Natural Resources has been mandated by the Prime Minister to modernize the National Energy Board… in a way that has the confidence of Canadians.” End of quote.

The lack of confidence in the NEB is the Board’s own doing. The Board has lost touch with what it means to protect the public interest.

By relying on the NEB’s failed regulatory process to approve Trans Mountain’s expansion, the federal government has undermined its credibility with Canadians.

Fixing the NEB after approving Trans Mountain’s expansion is disingenuous.

Betraying the public by breaking a promise to redo the Trans Mountain review without explaining why, is inexcusable.

The bottom line is that the Board’s behaviour during the Trans Mountain review not only exposed the process as a farce, it exposed the Board as a captured regulator. Regulatory capture exists when a regulator ceases to be independent and objective.

I have tabled my letter of withdrawal from the Trans Mountain review. This letter details the inappropriate Board behaviour during that hearing. My position was subsequently supported by many other groups, organizations, First Nations and independent individuals.

The Mayors of seven cities including Vancouver, Burnaby, and Victoria declared — and I quote — “We have serious concerns that the current NEB Panel is neither independent from oil industry proponents nor ready or able to assess the public interest of British Columbians. It is no longer a credible process from either a scientific evidentiary basis, nor a public policy and public interest perspective.”

So how do we fix the NEB?

There are two recommendations you must deliver to Prime Minister Trudeau.

1. Remove all current Board members and replace them with people that reflect a broad range of experience and expertise that fully represent the public interest of Canadians; and

2. Relocate the National Energy Board back to Ottawa. Unless these measures are undertaken, no amount of tinkering will restore credibility and public trust in the NEB.

B. Recommendation #1: Replace All NEB Board Members

His government appointed new members to the National Energy Board with close ties to the oil and gas sector.

These included Steven Kelly, who was appointed on July 31, 2015 although his tenure was not effective until October 13. Mr. Kelly was working for Kinder Morgan as their consultant on the Trans Mountain Expansion Project which was before the NEB at the time.

Murray Lytle, an engineering consultant and mining executive formerly employed by Imperial Oil, was also appointed at that time.

Keith Chaulk was also appointed in July but his appointment did not commence until November twenty-third.

Mr. Harper reappointed the Board’s Deputy Chair Lynne Mercier whose tenure was not due to expire until December 2015, and he reappointed two temporary members—Michael Richmond and Jacques Gauthier—both with long standing oil industry ties.

NEB Chair and CEO, Peter Watson was involved in all these appointments. He should not have allowed them to take place.

Some Board members have had their terms renewed multiple times.

You have the strange situation of David Hamilton.

Mr. Hamilton has been a temporary Board member for 14 years. Not only does this give new definition to the term “temporary”, it violates the NEB governance manual.

During the Energy East review Board members violated the arms-length relationship required in dealings between an NEB Panel and project proponent.

The NEB claimed that it had not discussed the Energy East pipeline in a meeting with Trans Canada’s consultant, Jean Charest, but later admitted they had. The Board eventually apologized for misleading the public.

The meeting, and its denial, led to the recusal of Mr. Watson and three Board members from the Energy East file. The more appropriate action would have been the resignation of all four Board members.

The National Energy Board was established in 1959. As with other federal regulatory bodies it was based in Ottawa and was staffed by professional public servants.

The erosion of the NEB’s public interest function began when the Mulroney government altered NEB legislation in 1991.

The Board’s head office was moved to Calgary and its permanent members were required, by legislation, to live in or around the city.

The NEB became the only federal regulator with a residency requirement or to be situated outside the nation’s capital.

Moving the NEB to Calgary dramatically altered the workings of the Board.

More than two-thirds of the staff elected not to leave Ottawa. They were essentially replaced by employees from the oil and gas industry in Alberta.

With the Board’s relocation, it is not surprising that Board member appointments have continued to come directly from the energy sector, primarily from Alberta. Too few Board appointments reflect other regions, professions or interests.

Similarly, staff appointments at the NEB favour the hiring of professionals with a career history in the energy sector. A “revolving door” between the NEB and industry has developed.

A “revolving door” between the NEB and industry has developed.

There are too few protocols in place to avoid real, perceived or potential conflicts of interest.

For example, the NEB’s Chief Conservation and Business Unit Leader for Regulatory Applications left the NEB to work for Kinder Morgan while the NEB was reviewing a major application from the company.

One of the members of this Panel — Brenda Kenny — has worked for the NEB in senior positions and then joined the Canadian Energy Pipeline Association ultimately becoming President of this industry lobby group.

Ms. Kenny’s signature is on a letter to the Harper government urging a gutting of environmental laws to further the interests of the oil and gas industry. This effort resulted in two subsequent omnibus budget bills passed in 2012, which further undermined the public’s confidence in the NEB and its pipeline review process.

With respect Ms. Kenny, with your background at the National Energy Board and your pro-pipeline and energy industry stance, you are in a real conflict of interest.

You should have not been appointed to this panel and you should not have accepted this appointment.

The attitudinal bias that stems from a close interaction between NEB Board members, NEB staff and the energy industry, means the goals and aspirations of the Alberta energy sector have become those of the Board. This bias has crowded out the broader public interest.

Past NEB Chairs, Kenneth Vollman and Roland Priddle, have been inducted into the industry’s Canadian Petroleum Hall of Fame. This is a strange place for a regulator to be honoured.

Former NEB Chair, Gaeton Caron referred to the NEB as a “partner”.

A regulator is not a partner of industry. A regulator must be arms-length and independent from industry.

To ensure that the NEB regulates in the national public interest, the Board should no longer be domiciled in Calgary, but should return to Ottawa.

In order to restore the public’s trust in the National Energy Board, there are other important issues which this panel must consider. However, because of your imposed time constraints I will leave you with a written brief as an appendix. The brief focusses on other salient issues including:

i) the need for environmental assessment to be undertaken outside of the NEB;

ii) the lack of NEB enforcement of pipeline safety because of the cozy relationship between pipeline companies and NEB staff;

iii) a need for the Board to implement in a meaningful way a requirement for proponents to provide alternatives to their project, including alternative route selections;

iv) a requirement for reliable and appropriate economic assessment methodology rather than the bogus approach to economic analysis the Board has adopted at recent hearings; and

v) the need for the Board to be solely a quasi-judicial administrative agency. The energy information and advisory mandate of the NEB should be removed and should reside within the federal government.

I would like to thank the Panel for hearing my submission.