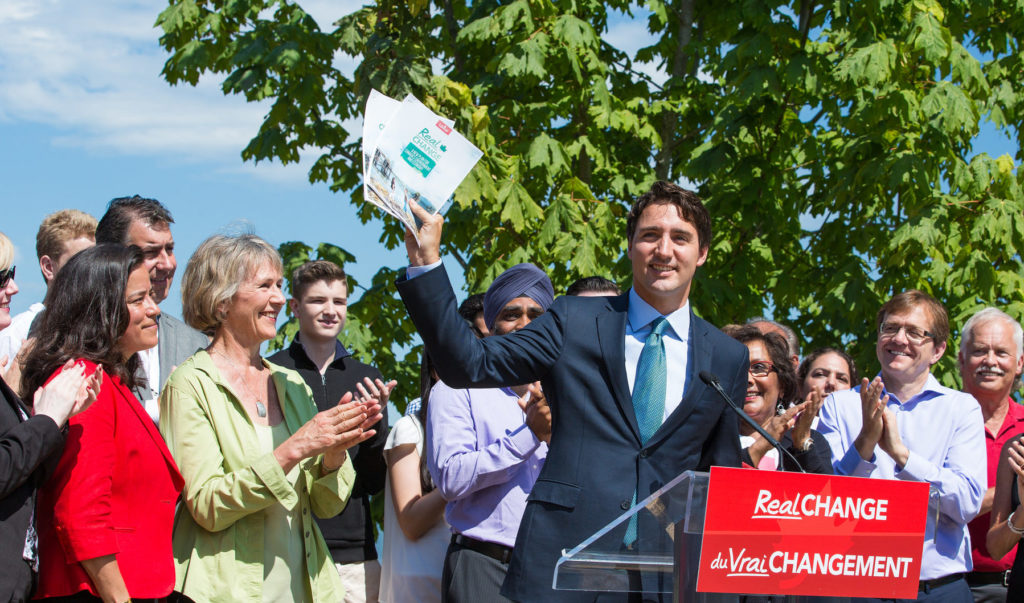 Trudeau government officials believe approving the Kinder Morgan pipeline and oil tanker project will jeopardize three Liberal seats in B.C. in the next election, according to a source who requested anonymity. However, the Liberals believe the move could also make them competitive in four new Calgary-area ridings, cancelling out the political hit on the West Coast.

This account of the raw political calculus behind a major energy decision follows on a Bloomberg News report last month that Trudeau is determined to see an oil pipeline built during his current term, with Kinder Morgan being the favourite.

Meanwhile, Kinder Morgan Canada executive Ian Anderson is confident of an approval “soon,” according to a source in the shipping industry. Anderson is reportedly pleased with the progress his company has made with the Liberal government, a theme echoed by his superiors in Texas.

Once again, all signs point to a federal approval for the Trans Mountain expansion project before Christmas. The last remaining formality is a report by the Ministerial Panel appointed to review the project, which is due in November. However, it’s become clear the real decision will be based on politics, not evidence.

Which MPs will be thrown under the bus?

If the detail about three lost ridings is accurate, it would suggest the Liberals have done some analysis of the political battlefield in British Columbia. Indeed, three MPs in the Lower Mainland stand out as particularly vulnerable, due to narrow margins of victory in the 2015 election.

But assuming the 2019 election is fought under the existing first-past-the-post voting system, a slight shift in support could actually cost the Liberals another half-dozen seats. Just a few thousand first-time Trudeau supporters switching back to the NDP and Greens – or staying home – would cause most of the Liberals’ current B.C. caucus to fall to a reinvigorated Conservative Party.

Liberal strategists may intuit that in ridings they won from Conservative incumbents last year, they should tack right to hang onto those blue-red voters. On the contrary, unless the Liberals consolidate progressive support (keeping young voters, infrequent voters and climate voters in the tent) their 2015 base could fragment.

Even safe-looking seats could be in jeopardy. Justice Minister Jody Wilson-Raybould will likely face a fierce campaign in her riding of Vancouver Granville after flip-flopping on the Site C dam, Kinder Morgan and other Indigenous-rights issues she once championed as a regional chief.

Add to that the potential retirement of veteran MPs like Hedy Fry and Joyce Murray, and the party could be looking at a replay of the 1972 election, when it dropped from 16 seats in B.C. to four. Prior to last year’s red surge, Fry and Murray were the only Liberal MPs west of the Rockies. Trudeau’s majority government now hangs on 15 seats – the same number he picked up in British Columbia last fall.

The safe way out

Liberal advisors appear to underestimate the long-term brand damage that would come with actually building the Kinder Morgan pipeline. With a construction schedule stretching from 2017 through 2019, First Nations-led lawsuits and land defence would disrupt both the B.C. provincial election next May and the federal election two years later.

Add to that the reality that regardless who wins the B.C. election, if they betray British Columbians on the oil tanker issue, Dogwood will launch a citizens’ initiative. That means mobilizing hundreds of thousands of voters behind a law banning diluted bitumen transport across our province.

Ottawa could try to override provincial jurisdiction and force a pipeline through. But the political costs would be enormous. The better play is for Trudeau to kick the decision down the road, avoiding a legal battle with First Nations, protracted civil disobedience, and the chaotic power of a citizens’ initiative.

If you’re concerned that Ottawa is planning to approve Kinder Morgan in December, the best thing you can do is organize your friends and neighbours to change the political calculus. This month Dogwood is organizing Knock the Block, a month-long canvass blitz to gather support for a citizens’ initiative if Trudeau and Clark try to push through a pipeline.

As today’s rumours reinforce, modern politicians make decisions based less on facts than on political math. The way to shape their decisions is to show them exactly how many votes they stand to gain or lose, and where. That’s why every single signature you collect in your neighbourhood is significant. You can download a Knock the Block petition form here.