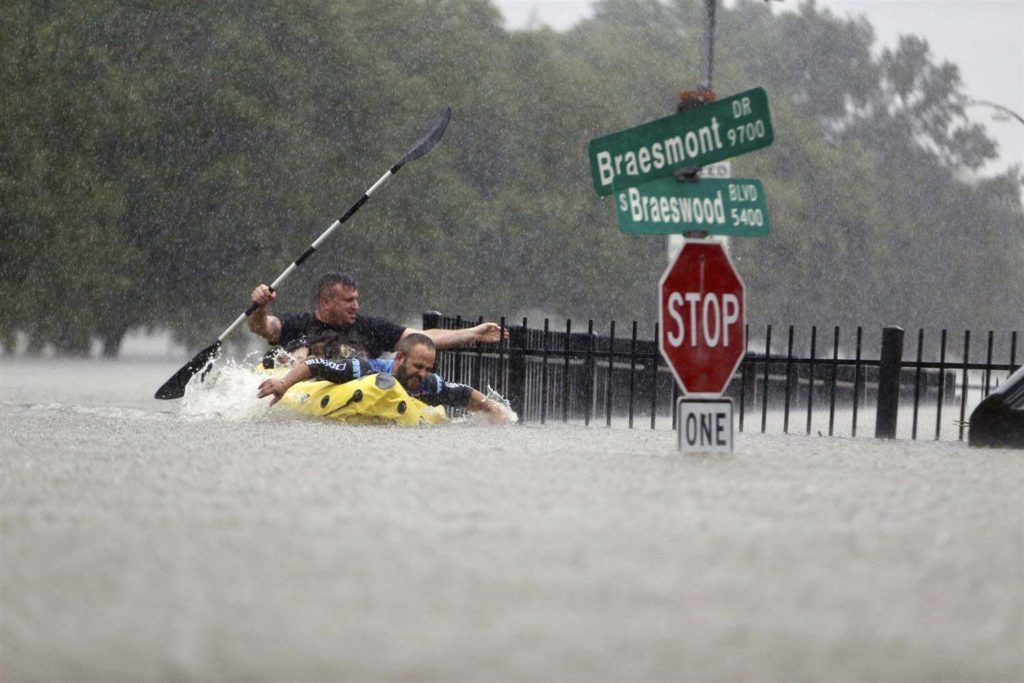 “To discuss the cause and effect of these storms, there’s the… place (and time) to do that, it’s not now.” – Scott Pruitt, Director EPA

“The ice age is coming, the sun is zooming in, meltdown expected, the wheat is growin’ thin
engines stop running, but I have no fear ’cause London is drowning, and I, I live by the river” – The Clash, London Calling

In Canada, as elsewhere, climate campaigns and citizens who’ve seen the writing on the wall use a phrase “no jobs on a dead planet” to counter government and industry claims that [insert fossil-fuel project here] is needed to keep our prosperity and general way-of-life intact. We’ve had the luxury to argue about “jobs vs. the environment” in B.C. and Canada because, well, we’ve had both.

Unless you’ve been stuck in a cave, or spend your days and nights online trolling enviros, 2017 should be the year you finally got the memo: your climate is coming for you. The “environment” part of the equation is unravelling.

When our Environment Minister says, “Canadians shouldn’t have to choose between a healthy environment and a healthy economy” I have an excellent understanding of that juxtaposition. For the past four years I’ve been working flat-out on Dogwood’s No Tankers campaign to protect our coast, first from Enbridge, now from Kinder Morgan — an effort that not only has safeguarded the coastal ecosystems our communities depend upon, but has also prevented millions of tonnes of new carbon from entering our atmosphere. My first climate/job conflict, however, showed up some 23 years earlier in forestry, just as the mountain pine beetle began to take hold. I was working in Nelson, B.C., where our winters were no longer cold enough to kill the beetle. Each spring it spread like a cancer across the province, altering the landscape and wreaking havoc on, you guessed it, workers.

In a study of its economic impacts published in Forestry (Jan 2016), authors Corbett, Withey, Lantz and Ochuodho estimated the cumulative hit to the B.C. economy at 90 billion dollars. That’s twenty grand for every man, woman and child. If you were paying attention back then, the pine beetle was as clear a climate warning as you could get. But our governments did not act to protect the environment we depend on then, and we gave our best choices away.

Fast forward to 2017. As I write this, the largest wildfire in history rages across central B.C. It’s cost 600 million dollars in suppression, more than 35,000 people have been displaced and the homes of our woodland neighbours destroyed. More than 1 billion dollars in lost economic opportunity is already on the books, and it’s not even over yet.

On the coast, losses are piling up as well. Commercial fisheries shuttered, food and ceremonial fisheries foregone. This year’s recreational fishery on the mighty Skeena, valued at 53 million dollars per year, was heavily curtailed. The Fraser River: closed. Why? Ultra-warm ocean conditions (AKA ‘The Blob’) were present when this year’s young salmon were first at sea. The hit? Not yet counted, but expected to surpass 250 million dollars.

Climate change is killing jobs today. Defending ourselves from it (see ‘We are Not Prepared’, CBC, Sept. 3, 2017) will stretch our resources tomorrow. This story’s other side is championed by our “no country would find 173 billion barrels of oil in the ground and just leave them there” Prime Minister. At the rate major disasters are befalling us, if we are to choose survival, leave them in the ground we must. 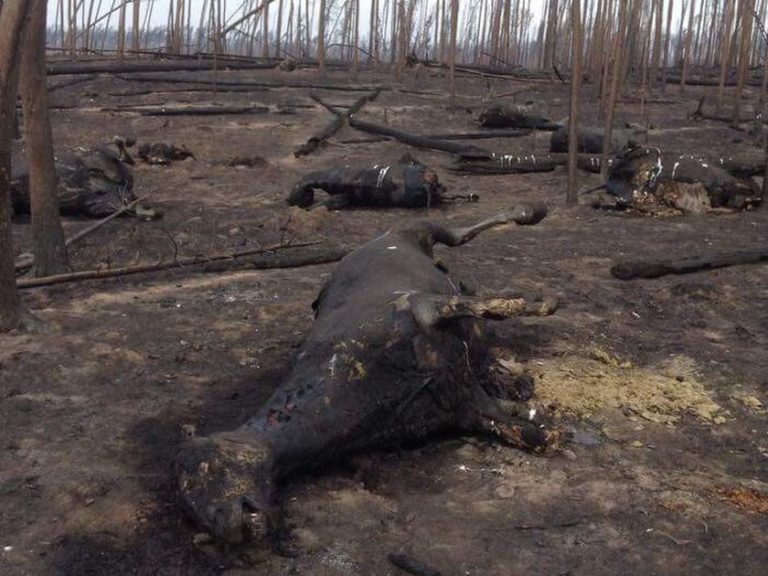 Choosing begins with unwiring the worst of our habits — human beings are not naturals at seeing big picture, yet-to-occur hazards and taking heed. But the truth about the new world we live in is that our livelihoods will be up-ended and many of our economic and cultural norms will be discarded. We can be early adopters and try to get ahead of the curve now, or eventually find ourselves in the same situation as the southern United States at the end of the American Civil War: hostage to our own ignorance, holdouts against a world that has already changed, with no choice but to surrender.

Likewise, when we avoid having the climate conversation with our neighbours because experts tell us talking about the gravity of the situation makes us feel hopeless, we are missing those important opportunities to adapt.

So, what does adapting look like? It could be any number of things Canada isn’t doing yet. Perhaps start with not getting left behind? Norway is well ahead of its goal of eliminating fossil fuel powered cars by 2025. The competitiveness of our economy alone demands we do MUCH better than debate slow moving carbon taxes. We need to fight like hell with every radical tool we can muster to forestall the worst of the effects that await us. Dramatic and immediate actions are called for to rein in emissions. My radical suggestion to government would be to stop exporting/importing fossil fuels — even if this requires investments in new refineries. This ensures Canadian workers supply Canadian energy during the transition. Second, I would require graduated licensing for any combustion engine. The inverse returned as credit to anyone running something with an electric motor in its belly. We could set ourselves on that course tomorrow. Innovation would skyrocket as fast as emissions fell.

Flipping our world on its head is scary, but we have made rapid, radical changes in response to crisis before. 100 years ago no one in their right mind thought Canada could do something dramatic on the world stage, like tip the balance in a European-wide conflict. The prevailing view at the time was that we were sending our young men and women to a needless slaughter to fight a war that wasn’t of our making.

But we sent them anyway.

The responses we made to the world wars remind us – we can – we have done this – and we have come out the other side. 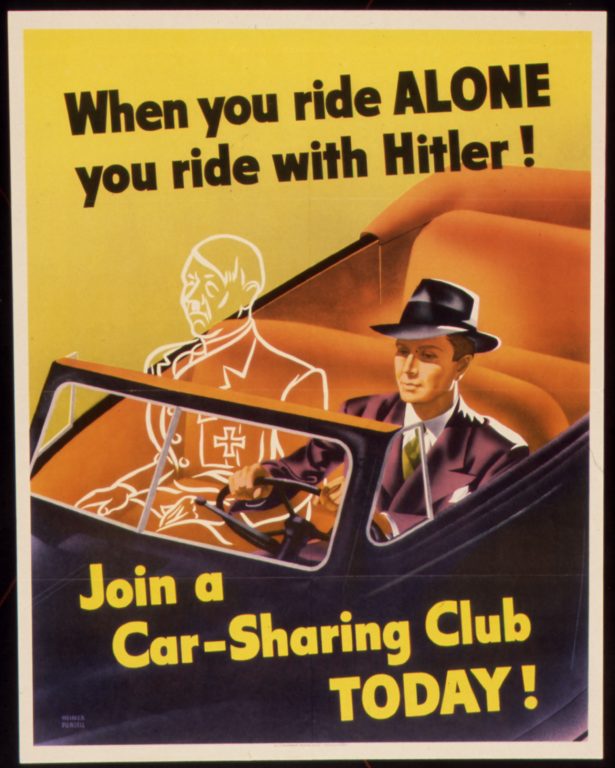 During WW2 most people got the message that individual sacrifice was required to make society’s war effort possible. For the slow learners, propaganda was required.

Young climate leaders wait in the wings. Groups like Dogwood are using strategy and grassroots organizing to restore the decision making balance held for so long by Big Oil. Every election is an opportunity to put people into power who will actually take action. The next municipal election campaigns start in one year. So, I’m giving you two assignments: Do your part to lower emissions, and help us get to work clearing out the politicians who still think our future is drenched in oil and gas.

The wheat is growing thin, but it still grows. Let’s not ignore its warning a second time.