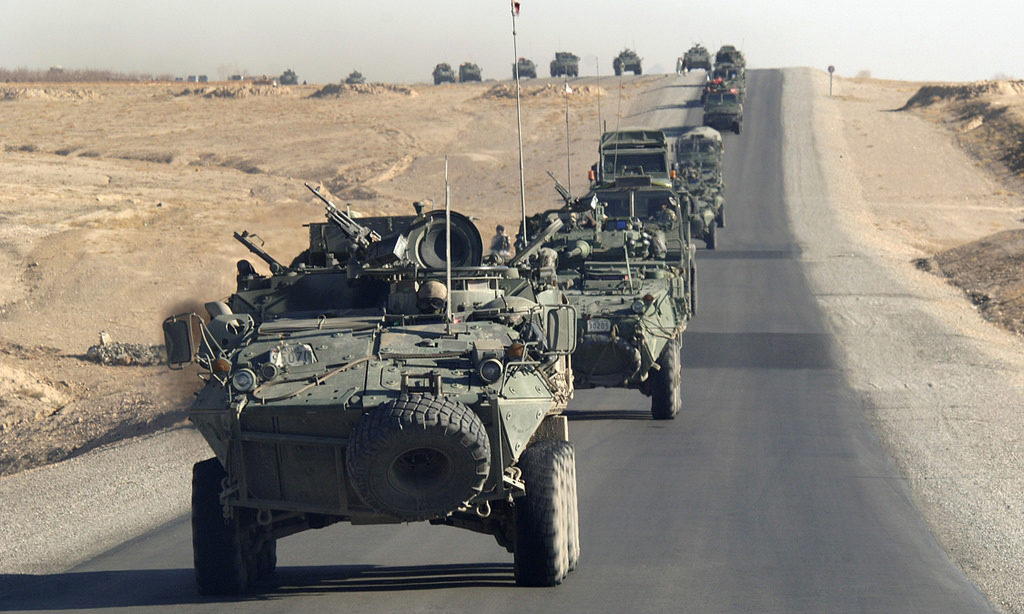 The siege of B.C.

Ottawa has eight weeks to break the backs of oil tanker opponents. Here’s how they’ll try.

Texas pipeline company Kinder Morgan issued an ultimatum yesterday: give our shareholders confidence that we can build the Trans Mountain oil tanker project, or we’re walking.

Politicians in Ottawa and Alberta leapt into action, only too eager to give the former Enron executives exactly what they want. A veritable siege is now underway that will only grow in ferocity as Kinder Morgan approaches its May 31 decision on whether to pull the plug.

1. Convince the B.C. government to flip flop. This will involve threats and inducements, both public and behind the scenes. Ottawa could withhold funding for affordable housing, public transit, oil spill cleanup and more – unless Premier John Horgan buckles.

2. Turn the B.C. public against Horgan. Just as Western countries impose sanctions on rogue states like North Korea, Alberta Premier Rachel Notley has announced her intention to make ordinary British Columbians feel economic pain, so they turn against their leader. She already boycotted B.C. wine– she could launch a similar campaign against tourism or other industries. She could stop trains and trucks coming across the Rockies for “inspection.” Or she could try to cut off the supply of refined fuel to the Lower Mainland, which is already struggling with high gas prices. The petroleum producers hate the idea and it’s probably illegal, but it might be good to line up a carpool either way.

3. Turn Green MLAs against Horgan. This could include trying to drive a wedge on Site C, LNG, Proportional Representation – any issue where the feds see a bit of daylight between Green leader Andrew Weaver and the NDP Premier. The more Weaver talks about bringing down the government over the next eight weeks, the weaker Horgan’s position.

4. Pump cash into Kinder Morgan. Notley already announced “Alberta is prepared to be an investor in the pipeline.” Jason Kenney’s Conservatives are loudly in support. That’s right, Alberta’s anti-tax crusaders want a big taxpayer bailout for a foreign company. Through loan guarantees, government investment or other subsidies, Ottawa and Alberta can try to keep the project afloat with your tax dollars – beyond the point at which the market would otherwise kill it.

5. Minimize, ignore and deny Indigenous rights. So far Kinder Morgan’s focus is entirely on the B.C. government. They’re not talking about the Squamish, the Tsleil-Waututh, Coldwater or other First Nations currently challenging the project in court. And they’re certainly not talking about communities all along the project route who vow to stop construction on their territories. Expect Ottawa to continue this charade, ignoring the clear contradiction between violating Indigenous consent and its lofty promises of “reconciliation.”

That’s the playbook. Kinder Morgan’s plea has kicked off the Stanley Cup Playoffs of pipeline politics — an eight-week campaign culminating in a sudden death shootout in a Houston boardroom. Expect flying elbows, cheap shots and lots of end-to-end play.

Here’s what you can do:

1. Keep Horgan strong and steady. Thousands of letters of support are pouring into the Premier’s office, telling him he’s on the right side of history. Send him a note right now.

2. Make B.C.’s oil spill regulations strong. From now until the end of April, B.C.’s environment ministry is asking for public comments on their proposed spill regulations. This is what prompted Rachel Notley’s tantrum in the first place. Tell the province you want the strongest possible protections for B.C. rivers and beaches.

3. Demand a North Coast oil tanker ban. This is another one of Trudeau’s promises that he now seems to be trying to weasel out of. Heiltsuk Nation Chief Marilyn Slett has launched a House of Commons petition drawing attention to this long-delayed promise. You can sign here. Reminding people of our Enbridge victory makes the oil industry nervous – and highlights Trudeau’s betrayal of British Columbians on Kinder Morgan.

4. Amplify the resolve of all those vowing to stop Kinder Morgan. It’s not just the B.C. government. Indigenous leaders and grassroots British Columbians all over say they will not allow this pipeline to be built. Sharing their stories on social media broadens the conversation beyond the politicians and makes Texas pipeline investors nervous.

5. Get ready to support First Nations plaintiffs. If any of the court cases against Kinder Morgan land in our favour, the public will need to mobilize quickly to force governments to respect the decision. If round one goes against the plaintiffs, they will need to fundraise for appeals. You can help First Nations defend their rights and title – and the air, land and water we all depend on – with a donation to the legal fund supporting these cases.

What if Ottawa decides to take extreme measures? Oil Minister Jim Carr threatened last fall to bring in “defence forces” – the Canadian Army – to ensure the pipeline is built. Both he and Trudeau were adamant yesterday that the project will go ahead.

If Ottawa decides to hit the constitutional override switch, declaring the project “a work in the national interest” and threatening force to get it built, B.C. will need help beyond its borders. We’ll need to reach out to Quebec and other provinces to push back against the federal government.

If things get really ugly we may have to turn to the international community. The UN, after all, is the forum where Trudeau signed the Paris accord, pledging to curtail climate pollution and keep global warming well below two degrees. The UN is also the body that passed the Declaration on the Rights of Indigenous Peoples which Trudeau so enthusiastically endorsed.

Using soldiers against First Nations on behalf of a climate-wrecking foreign pipeline company would throw Confederation into upheaval and destroy Trudeau’s international brand. We’ll see if he takes it that far. In the meantime, let’s focus on the things we can control – and the May 31 deadline set by Kinder Morgan.