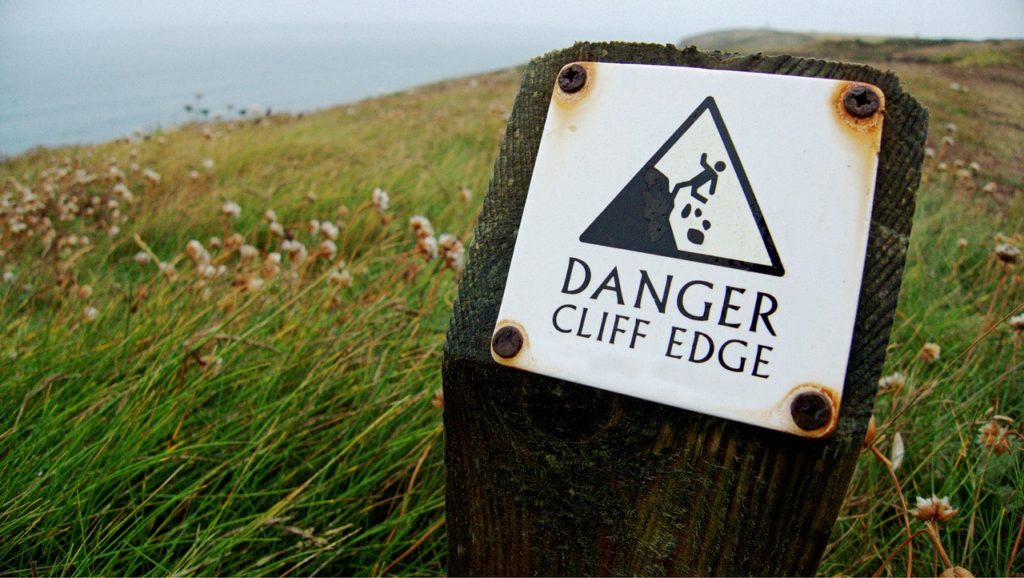 Kinder Morgan admits its pipeline may be doomed

Risk disclosure warns investors: be prepared to lose it all

It’s a rare dose of honesty from a company with a history of bending the truth. Kinder Morgan filed a final prospectus this week with securities regulators, setting the stage for a last-ditch attempt to raise enough cash to build its Trans Mountain expansion project.

Now all the Texas pipeline barons can hope is that investors don’t read the fine print.

The company is essentially trying to crowdfund $1.75 billion through an initial public offering. Kinder Morgan executive Ian Anderson sounded confident in a press release announcing the IPO: “Our approvals are in hand and we are now ready to commence construction activities this fall,” he said.

But the approvals are not in hand, and a mandatory risk analysis accompanying the share offering makes clear how difficult it will be to start construction. Provincial politics, lawsuits, blockades by First Nations – any one of these could kill the Trans Mountain pipeline project, the company admits.

Even if Ottawa sends in the army to get the thing built, all sorts of events over the coming decades could leave investors stranded: oil spills, Aboriginal title claims, shifting market conditions, earthquakes and yes, global warming.

“An investment in Restricted Voting Shares,” the prospectus soberly declares, “should only be made by persons who can afford a significant or total loss of their investment.”

Kinder Morgan’s lawyers identify five major pitfalls for shareholders, any of which could wipe out their hopes of a return.

This is where the prospectus contradicts Kinder Morgan’s Ian Anderson, who claimed “our approvals are in hand”. According to the document, risks to the Trans Mountain expansion include “inabilities to overcome challenges posed by or related to regulatory approvals by federal, provincial or municipal governments, difficulty in obtaining, or inability to, obtain permits (including those that are required prior to construction such as the permits required under the Species at Risk Act), Land Agreements, public opposition, blockades, legal and regulatory proceedings (including judicial reviews, injunctions, detailed route hearings and land acquisition processes), delays to ancillary projects that are required for the Trans Mountain Expansion Project (including power lines and power supply), increased costs and/or cost overruns, inclement weather or significant weather-related events (including storms and rising sea levels (potentially resulting from climate change) impacting the Business’ marine terminals) and other issues.”

The prospectus continues: “To the extent the Business is not able to acquire land rights through negotiated agreements for the sections of the Trans Mountain Expansion Project that require new land rights, the Business will need to seek right of entry orders from the NEB, which could result in delays and increased cost.”

Translation: People may fight us when we show up to expropriate their homes.

This is an issue flagged by investment blog The Motley Fool, which calls this IPO “a dog with fleas” and warns readers “under no circumstances should you buy any shares.”

Will Ashworth writes: “Take a look at the balance sheet for Kinder Morgan’s Canadian business, and you’ll see that it’s got $159 million in cash and $1.4 billion in debt; that’s net debt of $1.2 billion. Assuming the over-allotment is exercised, the IPO will raise $2 billion, leaving Kinder Morgan with $800 million in net cash and $6.6 billion short of what its projected needs are to complete the Trans Mountain pipeline expansion.”

Sure enough, the prospectus says more cash infusions will be required if the company actually decides to build: “The Business is expected to incur substantial additional indebtedness to fund capital expenditure requirements related to the Trans Mountain Expansion Project.”

Company-wide, Kinder Morgan is groaning under $35.1 billion in debt. With its credit downgraded as a result, the pipeline giant admits that rising interest rates could pose a problem: “The growth plans for the Business, including the Trans Mountain Expansion Project, require access to significant amounts of external capital. Limitations on the ability of the Company or the Business to access external financing sources could impair the ability of the Business to complete these significant projects, including the Trans Mountain Expansion Project.”

This is an important one. Here’s what the company’s own lawyers say: “In some cases, respecting Aboriginal rights may mean regulatory approval is denied or the conditions in the approval make a project economically challenging or not feasible.”

They’re also worried about First Nations along the route proving title to the land, like the Tsilhqot’in did in 2014. That could force Kinder Morgan to dig up and reroute the existing pipeline, not to mention the expansion.

Even with First Nations leaders that have tentatively signed impact benefit agreements, the prospectus anticipates Kinder Morgan could find itself back in court: “Future disagreements with Aboriginal groups could result in legal challenges by Aboriginal groups alleging breach of contract.”

The part about “changes in government” seems particularly relevant now that the Green Party holds the balance of power in the provincial legislature. The Greens and the NDP have sworn to fight the project with all legislative tools available. Kinder Morgan acknowledges in this document that the province does indeed have the power to stop the pipeline.

Construction of the Trans Mountain expansion could also be abandoned “due to increasing pressure on governments and regulators by special interest groups including Aboriginal groups, landowners, environmental interest groups (including those opposed to oil sands and other oil and gas production operations) and other non-governmental organizations, blockades, legal or regulatory actions or challenges.”

In addition, “market events specific to Kinder Morgan, the Company or the Business could result in the deterioration of Kinder Morgan’s reputation with key stakeholders,” the prospectus warns.

“In particular, Kinder Morgan’s reputation could be impacted by negative publicity related to pipeline incidents, unpopular expansion plans or new projects and due to opposition from organizations opposed to energy, oil sands and pipeline development and particularly with shipment of production from oil sands regions that are considered to increase GHG emissions and contribute to climate change.”

On the bright side, if climate activists are successful, perhaps Kinder Morgan can salvage its marine terminal.

This last section is pretty scary. It confirms everything intervenors tried to raise during the biased NEB review (that Prime Minister Trudeau and Premier Clark both rubber-stamped).

“There are a variety of hazards and operating risks inherent in the transportation and storage of crude oil, such as: leaks; releases; the breakdown or failure of equipment, pipelines and facilities (including as a result of internal or external corrosion, cracking, third party damage, material defects, operator error or outside forces); the compromise of information and control systems; spills at terminals and hubs; adverse sea conditions (including storms and rising sea levels) and releases or spills from vessels loaded at the Business’ marine terminals; and catastrophic events including but not limited to natural disasters, fires, floods, explosions, earthquakes, acts of terrorists and saboteurs, cyber security breaches, and other similar events, many of which are beyond the control of the Company, the Business and Kinder Morgan.”

“Some climatic models indicate that global warming may result in rising sea levels, increased intensity of weather, and increased frequency of extreme precipitation and flooding. To the extent these phenomena occur, they could damage physical assets, especially operations located near rivers, and facilities situated in rain susceptible regions. In addition, the Business may experience increased insurance premiums and deductibles, or a decrease in available coverage, for its assets in areas subject to severe weather.”

“The occurrence or continuance of any of the risks set out above could result in serious injury and loss of human life, significant damage to property and natural resources, environmental pollution, impairment or suspension of operations, fines or other regulatory penalties, and revocation of regulatory approvals or imposition of new requirements, any of which also could result in substantial financial losses.”

“For pipeline and storage assets located near populated areas, including residential areas, commercial business centers, industrial sites and other public gathering areas, the level of damage resulting from these risks may be greater. In addition, the consequences of any operational incident (including as a result of adverse sea conditions) at the Business’ marine terminals or involving a vessel receiving products from one of its marine terminals, may be even more significant as a result of the complexities involved in addressing leaks and releases occurring in the ocean or along coastlines and/or the repair of the Business’ marine terminals.”

In other words, there is no technology to clean up diluted bitumen once it spills into seawater. Kinder Morgan makes clear that it bears no responsibility for the oil tankers once they leave the dock at Westridge – but warns that a tanker spill could still hurt the company’s reputation, halt its operations and wipe out its investors’ profits.

The company also admits that it may not have enough insurance to cover a serious incident: “The Business is covered by an insurance program which is renewed annually and has $1 billion worth of financial capacity for spill events in accordance with the Pipeline Safety Act. However, the Business’ insurance program may not cover all operational risks and costs and/or may not provide sufficient coverage in the event a claim is made against the Business.”

In 2010 an Enbridge pipeline carrying diluted bitumen burst into the Kalamazoo River in Michigan. Cleanup costs sailed well north of $1 billion – a fact that can’t have escaped Kinder Morgan.

Finally, the pipeline company comes close to acknowledging that its entire business model may be on the way out. A piece of infrastructure like the new Trans Mountain pipeline is supposed to last for at least 40 years. But the company doesn’t sound confident that the world will still be burning heavy oil in the late 2050s.

“Changes in the overall demand for hydrocarbons, the regulatory environment or applicable governmental policies (including in relation to climate change or other environmental concerns) may have a negative impact on the supply of crude oil and other products. In recent years, a number of initiatives and regulatory changes relating to reducing GHG emissions have been undertaken by federal, provincial, state and municipal governments and oil and gas industry participants (including, for example, the decarbonization targets set forth in the Paris Agreement). In addition, emerging technologies and public opinion has resulted in an increased demand for energy provided from renewable energy sources rather than fossil fuels. These factors could not only result in increased costs for producers of hydrocarbons but also an overall decrease in the global demand for hydrocarbons.”

So why go through this whole song and dance to raise cash for a project that even Kinder Morgan agrees is a long shot? The answer may lie in an investor call held just before the B.C. election.

Financial blogger David Alton Clark asked Kinder Morgan reps what would happen if the project were abandoned. “It would certainly be a major setback, but with ground not broken yet, KMI could direct most of the cash we would use for this project to other projects,” Clark reports them saying.

“The investor relations team indicated only $600 million in sunk costs on TMEP presently,” Clark writes. So, how much cash will Kinder Morgan Canada net if next week’s IPO goes to plan? Somewhere between $500 million and $750 million.

I’ll give the last word to Grand Chief Stewart Phillip.

“This company was founded from the ashes and rubble of Enron, a company synonymous with scandal, corporate fraud and bankruptcy,” said the President of the Union of B.C. Indian Chiefs in a news release.

“Today these same reckless cowboys are trying to convince gullible investors to plow cash into a pipeline they know will never be built.”

7 Responses to “Kinder Morgan admits its pipeline may be doomed”