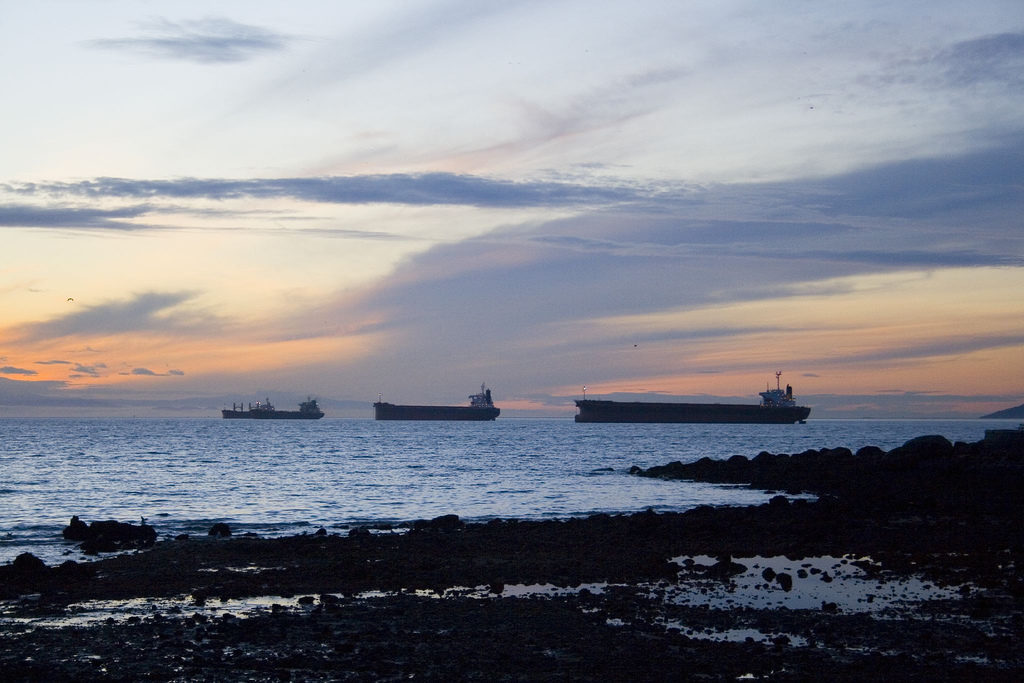 This morning, US energy company Kinder Morgan filed a project application with the National Energy Board (NEB) to build a new pipeline to transport diluted bitumen from Alberta to Burnaby. The proposal includes sending more than 400 oil tankers a year through the coastal waters around Vancouver and the Gulf Islands.

“Despite the 15,000 pages Kinder Morgan filed with the NEB, this project’s fate is ultimately a political decision in the hands of Ottawa and Christy Clark,” said Will Horter, Dogwood Initiative’s executive director. “This proposal would bring unacceptable risk to the sensitive waters and coastal economy around Vancouver and the Gulf Islands and is not in the best interest of British Columbians and Canadians.”

Kinder Morgan proposes to nearly triple its pipeline capacity and to increase oil tankers departing Westridge terminal in Burrard Inlet from five to up to 34 per month, totalling 408 per year.

“A clear majority of British Columbians from across the political spectrum oppose increases in crude oil tanker traffic on B.C.’s coast,” Horter said.

The Union of B.C. Municipalities passed a motion last year opposing all current or future projects that would bring more oil tankers anywhere on B.C.’s coast. More than 130 First Nations have signed the Save the Fraser Declaration, banning pipelines and tankers from crossing their traditional territories.

“When only 10 to 15 per cent of an oil spill can be cleaned up in the best of conditions, British Columbians are unlikely to change their minds about risking our province’s coastal economy and salmon streams for the benefit of foreign-owned oil companies,” Horter said.

“Any move by the B.C. or federal governments to ease the pathway for expanding oil tanker traffic on our coast will be fiercely resisted by a majority of British Columbians. Politicians who ignore this do so at their peril,” said Horter.