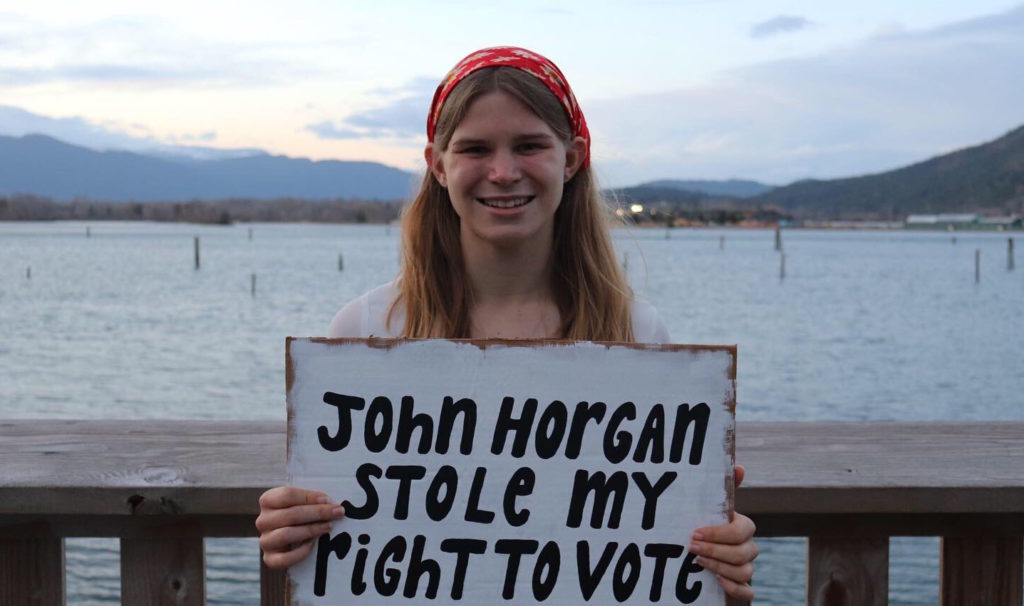 Amid intersecting crises, Premier Horgan made a decision to call a snap election – kneecapping young voters.

By October 21, 2021 — what was meant to be the next provincial election date — I would’ve been eighteen.

Instead, this past September Premier John Horgan called a snap election – the first in 34 years. My heart dropped when I heard the news. It physically hurt to know I wouldn’t be able to vote in the coming election.

When he stood at the podium on September 21, 2020, to announce that the Lieutenant Governor of British Columbia had granted his request to dissolve legislative assembly – Horgan ripped the chance to cast a ballot out of my hands, and of many young informed voters across our province.

I would have voted in the next election. It was something I was looking forward to, something I was excited and passionate about. That opportunity was taken from me in a way it hadn’t been taken away from young British Columbians in a generation.

To happen to be born in a year that places your eighteenth birthday in a non-election year is one thing, but to have your chance to vote — one that had been very much in reach — taken from you because of cross-party power dynamics is something else. Something much more painful.

Especially painful because I am a member of the Vote 16 BC campaign. We are closer than ever before to lowering the voting age to sixteen in B.C., and it is beyond time. Young people – especially climate activists – are no longer willing to wait, no longer willing to hear excuses. The governing party has a mandate for it and it is time for action.

But one thought of lingering disappointment keeps racing through my mind: if the voting age in B.C. was sixteen, the snap election would have still been intended as a power grab by the NDP, but at least I would’ve had the choice to cast my vote elsewhere.

In itself, John Horgan’s decision to call an election when he did was one of the bigger issues of the past election. But as a young voter it would not have been the only thing on my mind when I went to cast my ballot.

I am worried about the issues that disproportionately affect youth and other marginalized people in British Columbia.The opioid and overdose epidemics, homelessness (particularly the rise of youth homelessness in our province), LGBTQ+ rights, police brutality and systemic racism, the COVID-19 pandemic and the recovery, and the affordability, housing and job crises, as well as climate change and environmental protection, and how they are impacted by old-growth logging, rising emissions… the list goes on.

Youth, like every other British Columbian, do not exist in a vacuum. We live in an age of intersecting crises. Some old, some new, some we are all too familiar with and some we know far too little about. This is the world I am growing up in, and it is the one I want to have a say in – a say with the power of a ballot.

I had waited my turn, I had done my homework and I was ready to vote – and so were thousands of other young people across our province.

That being said, I did still get to help cast a ballot this year, even if it wasn’t my own. When my mom received her mail-in ballot, she called me downstairs, away from my biology homework and told me that she wanted my help in deciding who to cast her ballot for. She knew I was informed about the parties, their platforms and our local candidates – maybe even more informed than she was, she admitted. She knew I wanted to cast a vote so she shared hers with me.

My mom’s choice is a part of a growing phenomenon of adults casting votes with the opinions, positions and interests of youth in mind. It’s something I’m grateful for.

But I still want a vote of my own, and while there are people in my life who will vote for me and my future, not everyone my age has relationships like that. We deserve to cast our own ballots – cast them for a future that will protect the rights of youth amid pandemics, epidemics and crises.

Even just with the events of the past year — raging forest fires in Australia, RCMP violence against Wet’suwet’en Land Defenders, societal impacts of COVID-19, the worldwide Black Lives Matter movement, old-growth logging at Fairy Creek and a U.S. election steeped in misinformation — more and more youth are realizing voting is about more than making a mark on a little piece of paper and stuffing it into a ballot box. It is one of the best ways we can shape policies that directly impact our lives and define our future, as well as guarantee government accountability.

And with this realization, sixteen and seventeen year-olds are registering to vote in droves, long before they actually turn eighteen. Perhaps this is a subtle way to hold the current government accountable until sixteen and seventeen year olds are able to hold the 2024 government accountable through the democratic process. In the years between now and then, youth will be watching John Horgan’s next moves carefully.

The right to vote is not about the act of casting a ballot. It is about influencing policy. I am emerging into adulthood in a very uncertain time in human history.

I — along with other youth across British Columbia — was one of the biggest stakeholders in the last election. And yet, we were not voters.

For me, voting in the next election should’ve been guaranteed. But that right was stolen from me. And if the government isn’t careful, this will not be the only loss felt by seventeen year old British Columbians. The decisions the Premier makes over the next four years will have a direct impact on our current lives and our futures – in so many different ways.

John Horgan stole my right to vote. And, depending on what moves he makes over the next four years, he could also steal my future.

Sign the petition in the support of lowering the voting age

One response to “John Horgan stole my right to vote”