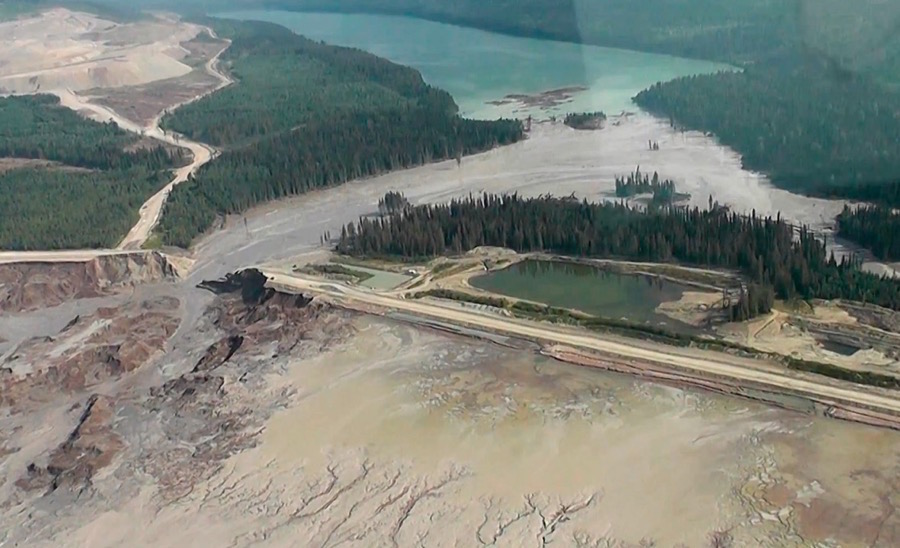 What happens when industries regulate themselves?

We have a rare opportunity to help ensure disasters like Mount Polley never happen again.

Imagine this. In your small town, a company is using a local quarry as a landfill. The landfill is upstream from where your community of 12,000 people get their drinking water and you are fairly sure the water is becoming contaminated.

The provincial government requires the company to provide technical assessments of water and soil contamination — and those reports show there is nothing wrong — so they award the permits. But your community still isn’t convinced, so you hire your own independent consultant who confirms heavy metals are indeed leaking into the soil and contaminating your drinking water.

For the community of Shawnigan Lake on Vancouver Island, they don’t have to imagine this scenario — they lived this nightmare and fought for years to get this addressed.

That’s because under B.C. law, 27 industries are allowed to regulate themselves, including forestry and mining. They are allowed to hire their own consultants to do their own assessments and make their own recommendations to the government. It’s called professional reliance. It’s also called deregulation.

“The practice of accepting and relying upon the decisions and advice of professionals who accept responsibility and can be held accountable for the decisions they make and the advice they give.”

In its essence, professional reliance isn’t necessarily a bad thing. Most professionals hired to do assessments will operate honestly and ethically. And it makes sense that the proponent of a project should have to pay for its own environment assessment and deal with all of the bureaucracy involved. But even industry professionals admit there are problems with the current model. Inevitably a system with very little oversight, potentially coupled with Big Money donations from corporations flowing into politicians’ campaign coffers, could lend itself to neglect and even corruption.

Let me give you another example. In 2002, the provincial government — at that time headed by BC Liberal leader Gordon Campbell — introduced the Forest and Range Practices Act, which essentially deregulated the forestry sector. Basically, this put logging companies in control of the areas they work in.

The implications of this? Habitat is destroyed for an endangered caribou herd. Debris is left behind at logging sites leading to the inability to manage forest fires. And concerningly, there appears to be a correlation between less government oversight and more campaign contributions — the forestry industry is a top BC Liberal donor.

Another big donor? The mining sector. Mount Polley’s tailings pond is a textbook case of the problem with professional reliance. In 2016, the Office of the Auditor General released a report blasting the Ministry of Energy and Mines for its lack of oversight. The report directly attributed the breach in the tailings pond to its “over reliance on qualified professionals” and “inadequate standards to guide both inspectors and industry.” The Ministry of Energy and Mines did not investigate the infrastructure at Mount Polley. The ruling party in charge, however, continued to take donations from Imperial Metals and its wealthy owner, Murray Edwards. Edwards even flew then-premier Christy Clark out to Calgary for a million dollar fundraiser with resource industry tycoons.

But now, with campaign finance laws in place to rein in the Wild West, we are in the post-Big Money era, and companies can no longer donate unlimited amounts of money to politicians with expectations attached. Yet it feels like we are still working within the same system where corporate interests are put ahead of science-based decision-making and the protection communities need.

After years of closed door decision-making from the BC Liberals, we now have a chance to dictate how the government manages our resources — manages our home. How do you think B.C. should assess, manage and balance industry interests and our environment?

Now until January 19, the government is holding a period for public input. Please raise your voice for your home.

6 Responses to “What happens when industries regulate themselves?”