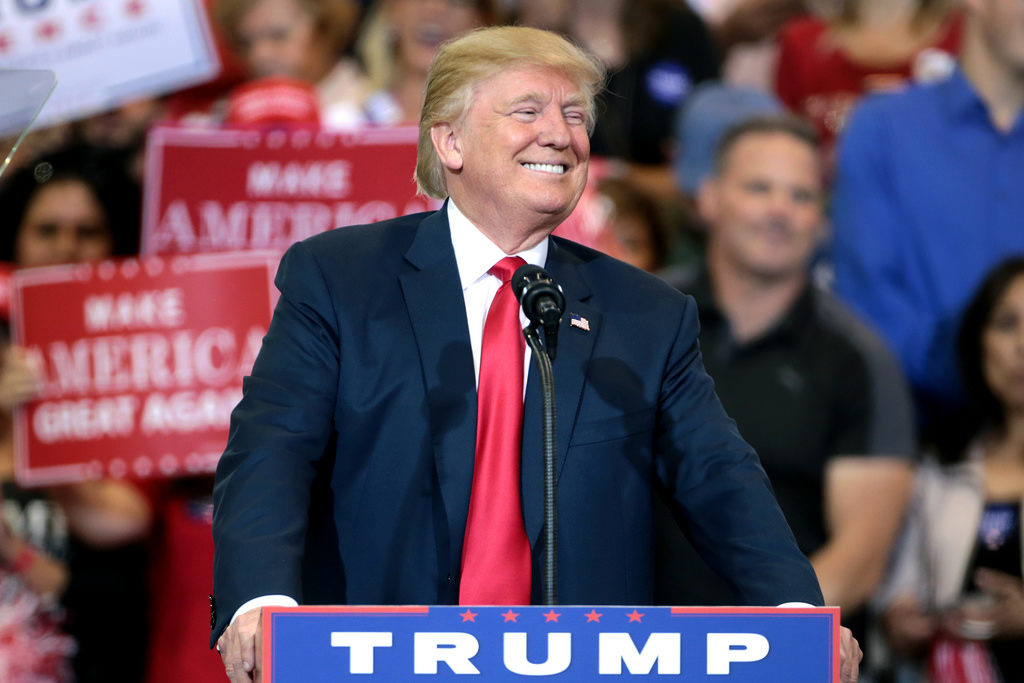 How lucky we are in B.C.

I fought to stop Trump in Pennsylvania. I never want to feel that way again.

“Why is a Canadian taking her vacation to go down to work on Hillary Clinton’s campaign?”

The customs agent at the airport wasn’t the first person to ask. For a moment I thought about all the reasons I’d accumulated over the last eight years; the journey that began in my grandmother’s farmhouse in rural B.C. But in the end all I said was “because it’s important.”

Twelve exhausting days later, I woke up to an alarm on my phone that said: “Today, you will help elect the first female president”. It was November 8, 2016. I went upstairs, grabbed a cup of coffee and headed out to knock on doors in Mount Washington, a neighbourhood in Pittsburgh.

In Pennsylvania, a battleground state, election day is all or nothing. There are no advance voting days. You don’t get time off from work to vote. The entire outcome rides on who gets to the polls that day.

I knocked on more than 300 doors that day. All the streets were on a steep hill. All the houses had scuffed, sagging stairs leading up to paint-peeled front doors. At one point, I tripped on a crack in the sidewalk and fell, ripping my jeans, scratching my hands and bruising my knees. I got up and started up the staircase to the next house, where a dog bit me. I’m not even joking.

By the time I got to my last street of the day it was pitch black and I was in an unfamiliar part of the neighbourhood. I couldn’t see the house numbers at the top of those long staircases. I knocked on one of the last doors on a dead-end street and a dog barked loudly from inside the house.

I knocked again. Finally, a young man came out on the second floor balcony. “What?” he asked. I asked to speak with the voter I had registered at the house. The reply came: “She’s at work. But I want to vote. How can I?” I only had registered voters on my list. He couldn’t vote in the election, because in Pennsylvania you have to register weeks in advance.

Why do we care?

When I returned to B.C. my friends and family were excited to hear about my experience. I’ve worked on a number of elections in Canada, but this was the first time I’d received so much attention for a campaign I had worked on.

Why do Canadians care so much about American politics? I volunteered in the U.S. election for the same reason I volunteer at home: it’s important. The outcome matters to me, my friends, my family and people I’ve never met. 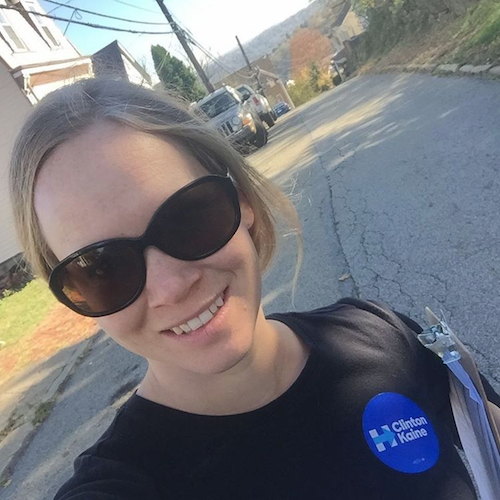 The friends I made on the Clinton campaign drove down from Ontario, flew in from Great Britain and came from California, Maryland and Wisconsin. We used up our vacation days to be there, to try to make a difference. Over 11 days in Pittsburgh I phoned more than 2,400 voters and knocked on more than 1,200 strangers’ doors.

I did it for the Pakistani-born taxi driver who picked me up the airport, still hoping for his citizenship. For my billet hostess, who brought a picture of her suffragette mother to the ballot box, planting the iconic “I Voted” sticker right on the photo. For my best friend, who is American, a woman and an economist.

For myself as a grad student, who five years ago heard Secretary Madeleine Albright speak about the gender-empowering work Clinton had done in her former role. For my grandmother who, as a female pioneer in her own field, saw a reflection of her own bravery, perseverance and humanism in Hillary Clinton and cheered for her in the 2008 primaries, but died before she could see her win the Democratic nomination.

I did it for that customs agent who, when I explained my reason for travel, responded: “She’s gonna win anyways, does she really need any help?”

On the day of the last B.C. election I was door knocking in Surrey. The party I was representing at the time, the NDP, was expected to win in a landslide. When I knocked on a door of a registered supporter, the woman told me: “I don’t have time to vote today. You guys are going to win anyways.”

Well, we didn’t. The incumbent I was volunteering for lost to a rival candidate by just 200 votes.

And yet, in 2013, only 55 percent of registered British Columbians bothered to vote. That’s the same number that voted in the U.S. election that gave us President Trump. We say it over and over at Dogwood: bad things happen when people don’t vote.

I never changed my alarm. Every morning I still wake up to the message “Today you will elect the first female president” — a constant reminder of the hundreds more doors I could have knocked, phone numbers I could have dialled, conversations I could have had.

It wasn’t enough. But we have another chance here at home. Dogwood’s VoteBC.ca campaign was designed based on successes and failures on both sides of the border. With your help we can crank up voter turnout.

We couldn’t stop Trump, but we can stop his developer buddies and Super PAC allies from buying our election in B.C. It all comes down to how many people we can get to the polls. Please join me.