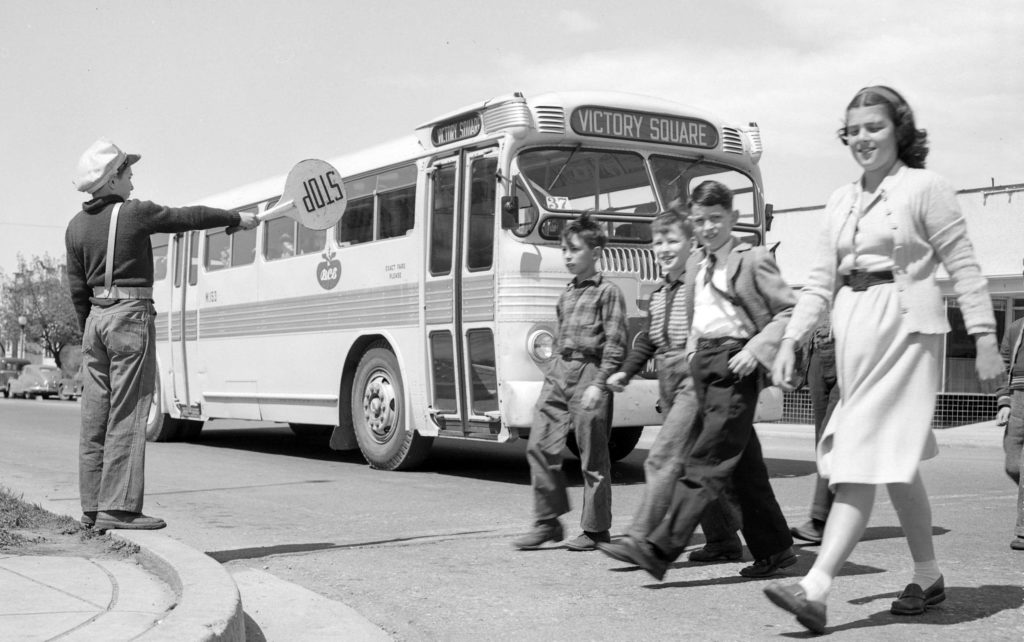 Jason Kenney is building a “war room”. B.C. needs a wartime mindset of its own

During World War II motor fuels were strictly rationed across North America. Everyone pitched in to save precious gasoline and diesel for the fight against fascism. Governments lowered speed limits. Local businesses delivered by bicycle. Citizens took to public transit in droves.

In 2019 B.C. is facing another fuel shortage. Alberta Premier Jason Kenney wants to punish the province for opposing new crude oil export terminals. Kenney vows to “turn off the taps”. Gas prices are already up more than 40 cents since Christmas. Some analysts predict prices over two dollars a litre before long.

Many British Columbians have no choice but to drive. But for those who have the option of taking public transit, the province should make fares free on an emergency basis. Every driver we can take off the road reduces congestion – and demand for fuel. That should reduce commute time and ease costs for those forced to buy gas.

What would it cost?

BC Transit runs buses in 130 communities across the province. The crown corporation gives 54 million rides a year. Translink handles Metro Vancouver. They had a record 437 million boardings in 2018. That includes buses, three Sky Train lines, the SeaBus and the West Coast Express train.

What would it cost to offer all these services for free? Together, BC Transit and Translink collect an average of $1.8 million a day in rider fares. If the government stepped in to replace that revenue, it would cost British Columbians $1.8 million per day.

That sounds like a lot. But British Columbia as a whole burns 35 million litres a day of refined petroleum products. Add five cents a litre to the price of fuel, and the hit to British Columbians is the same: $1.8 million per day. Add 40 cents and we’re paying an extra $14 million a day.

Zero-fare public transport is the norm in many cities across Europe. Germany is now considering free transit nation-wide. Last week, Victoria City Council voted to phase out transit fares on a permanent basis. They plan to start a pilot project next year. But we’re in a crisis now. B.C. needs to reduce demand on gas and diesel.

Some will balk at spending millions on public transit. But for a government, that’s chump change. B.C. just handed $6 billion in taxpayer subsidies to a consortium of foreign state-owned oil companies. We have the money. It’s a question of priorities.

Jason Kenney is trying to spark an emergency. He hopes people will point their anger at the government in Victoria. But it’s a risky move. British Columbians might resent the Premier of Alberta instead. Many will look for ways to reduce their dependence on expensive fossil fuels.

What else could the B.C. government do to help? It could increase incentives for drivers switching to more efficient vehicles. On May 1 the new $5,000 federal rebate on electric cars kicks in. B.C. could boost its own new car rebate, or offer help buying pre-owned plug-ins and hybrids.

Then there’s the province’s Scrap-It program. Right now drivers get $6,000 if they trade in their gas-guzzler for a new electric car. But they only get $3,000 if they buy pre-owned. It’s even less if they choose an electric bike or a car co-op. B.C. should make the Scrap-It credit $6,000 across the board. Not everyone can buy a new car.

Ride-hailing apps are controversial in B.C. Studies in other cities have found increases in congestion and pollution as Uber or Lyft drivers clog the streets. If B.C. is going to pilot ride-hailing, it should start with low-emission or zero-emission vehicles.

What else? The government could work with employers to encourage carpooling. “Car clubs” are another 1940s idea that saw a boom during the fuel-scarce wartime years. Now we have HOV lanes. Drivers who picked up a co-worker or friend would no longer need a mannequin in the passenger seat to beat rush hour. 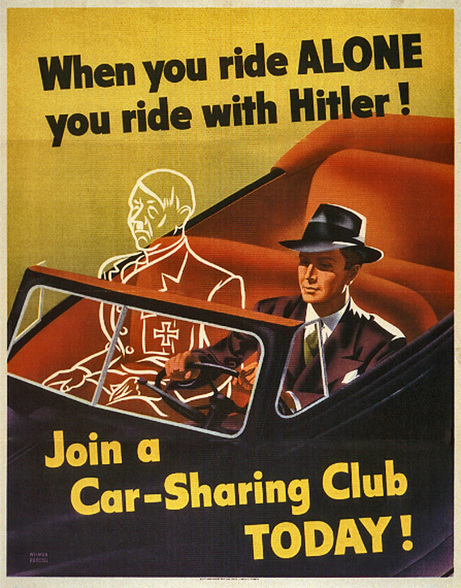 British Columbia is still deeply dependent on fossil fuels. All these measures combined would make only a small dent in what we need to get people to work, and food to grocery stores, every single day. But it would be a step in the right direction.

Oil companies peddle the fantasy that oil consumption must keep increasing forever. It’s how they make their profits. But we know that’s impossible. The world has to burn less oil to avert catastrophic climate breakdown. We can start here and now.

The pain of high gas prices is real. Most British Columbians are deeply in debt. It’s awful to feel trapped in a rapidly depreciating car. But the higher prices climb, the faster people will start to imagine life beyond fossil fuels.

In World War II Canadians dramatically cut our gas consumption to win the war and secure our collective survival. Today we need to do the same thing.

Just like in the 1940s, we need to transform our economy. We know a big expansion of electrified public transport will help combat the climate crisis and create good paying jobs. Let’s start by cutting transit fares to offer relief from high gas prices.