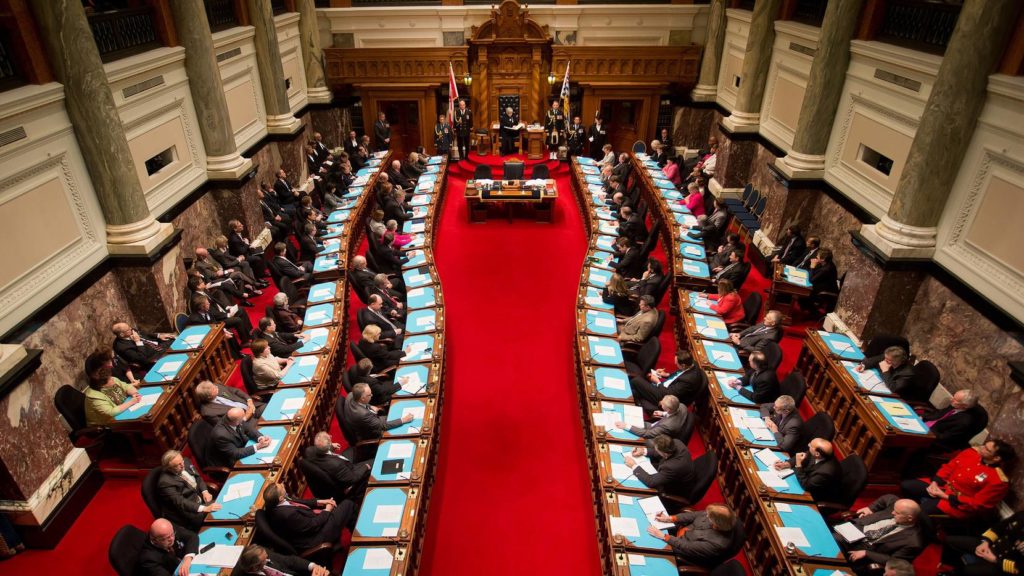 How can you help launch a public inquiry?

MLAs, of all political stripes, need to know how serious this is

The calls are growing. The Mayor of Port Coquitlam, the BC Government and Service Employees Union, a former crown prosecutor, a Vancouver city councillor, a money-laundering expert — all clamouring for a public inquiry into money laundering.

When we launched our call for a corruption inquiry in June 2017, B.C. had just been through a ruthless general election. The parties were all scrambling in the aftermath and the province’s future was uncertain. It seemed like the right moment to shine a light into the dark corners of the legislature.

The Wild West of political fundraising, as it was dubbed by the New York Times, had created a fundraising free-for-all in B.C. In just five months before the May 9 election, the BC Liberals raised $7.8 million, more than $4.5 million of it from corporations. Meanwhile the BC NDP raised more than $8.6 million — including $5 million from corporations and unions. Just in five months.

We had enough evidence to suggest those huge donations weren’t given out of the goodness of CEO’s hearts. We wondered if there were promises made, approvals given or contracts awarded by politicians in exchange for those contributions.

But we couldn’t know for certain. Not without a corruption inquiry.

As Premier Horgan, Attorney General Eby and the rest of the new NDP government moved into their new digs, the true scope of the scandal began to emerge. It started with money laundering in casinos. Then we found out about gangsters, based in China, who were laundering their drug dealing profits through Vancouver’s housing market. And that was just the tip of the iceberg.

It all leads to the question: How much did the previous government actually know about what was going on? Did they turn a blind eye because casinos and real estate developers were major donors to their party?

Perhaps the fertile ground for crime in B.C. wasn’t created by accident.

Now the roar of public anger is growing louder with each passing day. We need a corruption inquiry.

Why are the political parties dragging their feet on this? And what can we do to push them into action?

The BC Green Party

Green MLAs should be the easiest to convince to join the call. They are trying to brand themselves as the conscience of the legislature — the mavericks who have the power to hold the government to a higher standard. There’s not much dirt on them — the party didn’t take any donations from corporations, unions and out-of-province donors from November 2016 onwards and they’ve never formed government. They were instrumental in getting campaign finance reform laws in place when the NDP took over government.

The Greens play a crucial role in getting the ball rolling on an inquiry. While MLAs are not given the opportunity to vote on whether or not there should be an inquiry — that decision lies with the Premier and cabinet — the Greens can sway the discussion in the legislature by using their time in Question Period or introducing motions that echo the public’s frustration.

Why wouldn’t they support a public inquiry? It would give the party a much needed wedge issue to demonstrate how they are different from their NDP counterparts. But they need to hear from their constituents how important this issue is.

NDP supporters play an important role in the decision to call an inquiry. At the end of the day, it will be the Premier and cabinet’s call to strike a commission and launch an inquiry.

Early in the NDP’s tenure as government, a public inquiry could have seemed vindictive and partisan. They would have been accused of simply trying to kneecap their political rivals. But now, as evidence piles up and the public pounds on the door, there is less risk of that. The credibility of our democratic institutions is at stake.

There is a rumour that there are some powerful dissenting voices close to the Premier. One of the inquiry skeptics is likely Geoff Meggs, a former Vision Vancouver city councillor and the current chief of staff to the Premier. Any inquiry that focused on casinos and real estate would almost certainly overlap with Vision Vancouver donors. Quebec’s Charbonneau commission ended up focusing heavily on municipal contracts and real estate developments.

An inquiry is non-partisan and non-biased. Once initiated, it proceeds completely independent of the government and can’t be stopped. The NDP would by no means be exempt from the searchlight. And they could end up with some mud on themselves as well.

But they should keep in mind that 16 years in government, and untold millions in donations, create many more skeletons. The BC Liberals are even more at risk than they are.

The more we learn about the B.C. Legislature, the more it is becoming clear that something is not right. There exists a culture of secrecy, greed and criminality that could only have been cultivated over many years. The brunt of that blame is coming down on the BC Liberals.

Given their lengthy time in government and the decisions that continue to haunt them, most of the dirt will probably fall on the BC Liberals. And while they are actively working to avoid an inquiry, they are taking the temperature of the general public and realizing that they need to do something.

The party has put out a 20 point ethics plan. House leader Mary Polak is working hard to direct blame anywhere but toward her own caucus. And leader Andrew Wilkinson has called for a judicial review of money laundering — stopping short of a public inquiry, for now.

What role can their constituents play? Turn up the heat. At the end of the day, the BC Liberals want to get into government. The only way they can do that is if people vote for them. So they might be willing to throw the old guard under the bus, if it allows the party to start fresh.

What can you do?

Whether your MLA is a member of the NDP, the BC Liberals, the Green Party or an Independent, they need to hear from you on this issue.

The more calls and e-mails their office receives, the more likely they are to understand how disgusted British Columbians are and what action we want them to take.

MLAs go back to work in Victoria on February 12. An inquiry needs to be front of mind for every single one of them as they walk up the steps of the legislature — they need to feel like voters’ eyes are watching them. We need them to bring up this issue in their caucus meetings, when they are discussing party priorities, in the legislature, when they are challenging the government during Question Period and when they are drafting legislation.

Join me in taking action.

Send a message to your MLA right now calling for a corruption inquiry.

23 Responses to “How can you help launch a public inquiry?”