On the road, record temperatures remind British Columbians how far we’ll have to travel to get past denial.

Most every year, in the last few weeks of spring, I head into one of my favourite places in B.C. – the high country above the Thompson River we call the Bonaparte Plateau. Tucked away among hundreds of lakes, patrolled by ospreys and loons, is a ramshackle fishing camp slowly returning to the forest. There are no roads. The bugs are thick. You’ll see a giant bull moose, a fat black bear, or a pack of wolves before you run into any people.

I usually head back relaxed, with my heart full. Not this year. Instead of stepping away from worrying about the climate crisis, it confronted me at every turn.

Out in the woods, the trails to the lakes were littered with fallen pine trees killed more than a decade ago by beetles. On the way to and from our destination security forces monitored our vehicle as we crossed Trans Mountain’s construction zones. At Horseshoe Bay overheated travellers trapped in a convection-oven-like-terminal rolled up their windows, and fired up their engines to cool the air. 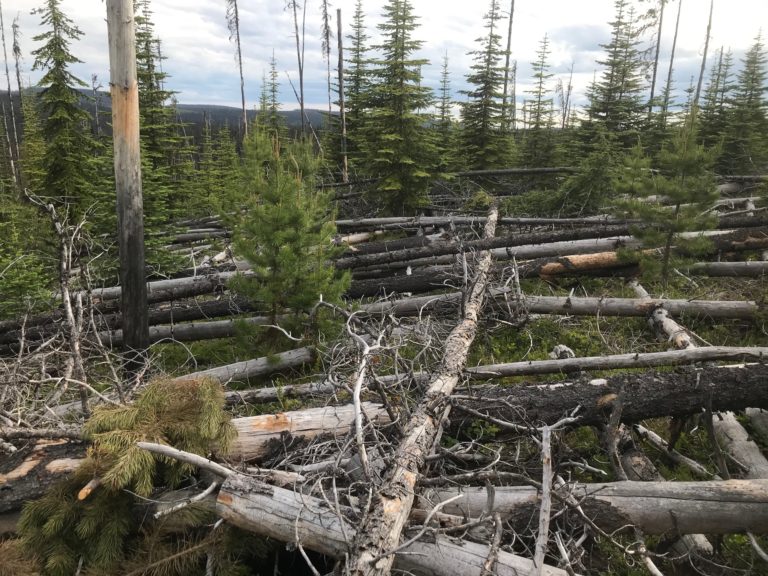 Of course, the ferry home was 90 minutes late. I got out of my vehicle to head for some shade and snapped at a guy in a big truck blowing exhaust through my open windows, in defiance of posted signage. However, he was just one of dozens around me who either carelessly, or out of necessity burned gas to stay cool.

A few days away from work casting flies with old friends hadn’t recharged my batteries. Instead, I was on edge. I returned and apologized to the truck driver. Him choosing what seems easiest or status quo is emblematic of this country’s problem. But I know better than to blame one person. Ultimately, he’ll need to believe what he does matters. And, we’ll need people like him supporting climate action in order to make change at the top. Taking my frustration out on him wouldn’t accomplish either.

In a country where F-150’s are the most popular means of getting around, everyday people don’t get why the 128,649 decisions Canadians made to buy gas-powered trucks last year were the wrong ones.

Our public infrastructure is in a similar state of denial — attendants can’t redirect people from cars to cooling stations that don’t exist. At the very top, our leaders fuel the climate crisis by building major oil and gas projects.

As I walked away it reminded me precisely how screwed we’ll be if things don’t change. In threatening situations, people do what they can to defend themselves and their families. That’s not limited to turning on the air conditioning even though the engine is causing the heat. It’s retreating to denialism if your worldview is threatened. It’s distrust of science and authority if their facts aren’t your facts. As this weekend’s record temperatures envelop a province which has done nothing to prepare for what’s arriving, will it be enough to change these spectrums of disconnect? 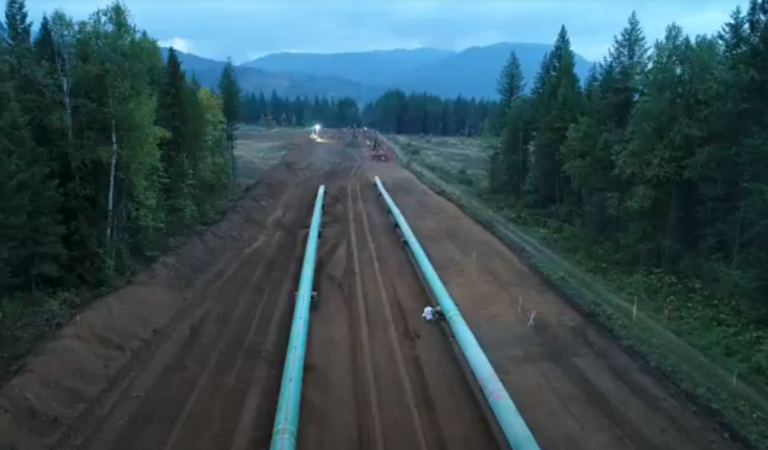 Back at the office, we’ll continue to strategize the best path out of this mess — some combination of people-powered organizing, renewable energy innovation and choosing leaders who will get the job done.

This year four days away from work felt like four days fewer dedicated to applying brakes on a runaway train. However, those four days also reinforced what I’ve known for a long time: we all need to stop talking and start acting. The consequences are here, just open your window and you can feel it. So start planning that summer trip to get away. We all need it. But also plan to do whatever it takes to get us off fossil fuels.

Take the next step: sign your name to end taxpayer-funded climate change.

2 Responses to “No Idling”

B.C. salmon are at a breaking point. Will we allow two new pipelines to push them over the edge? Imagine the straw that broke the camel’s back was made of steel, filled with toxic liquid and plunged like a dirty needle into British Columbia’s heartland. That’s how the near-simultaneous attempts by Coastal GasLink to cross […]

What if help never comes?

If governments don’t prioritize emergency response, how will community members keep each other safe? I’ve called 911 twice in the last two years. The first time was last spring, in the early days of the pandemic when I was working from home while trying to parent at the same time. My three year old son […]

Trans Mountain is under water. Its federal dollars and skilled workforce should be redeployed to build back better after the floods. “It’s going to take a bundle of money.” With that understatement, Premier Horgan announced a new joint federal-provincial committee in the immediate aftermath of November’s catastrophic B.C. floods. The committee is supposed to help […]