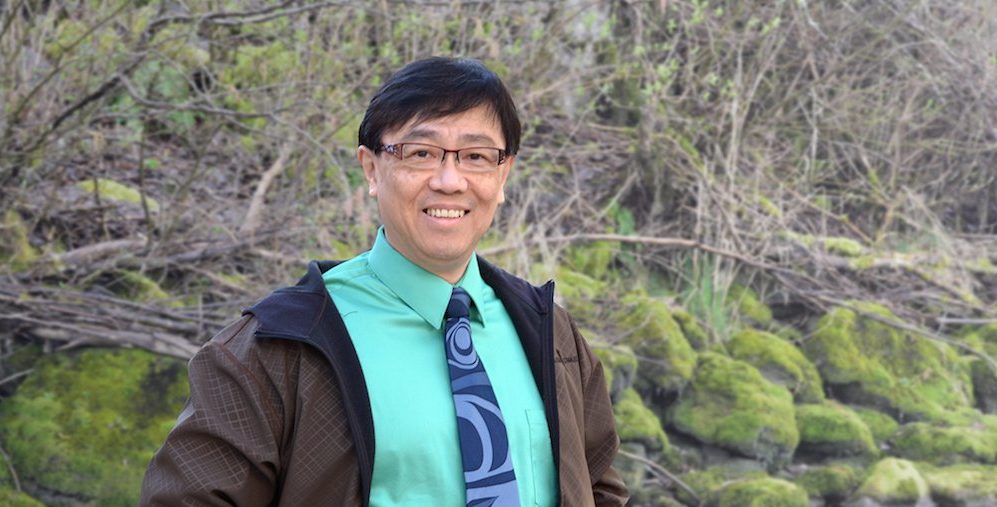 The battle is over. Time to build toward collaboration.

You don’t run for the Liberals or Greens in a riding like Vancouver Hastings if you intend to become an MLA. On Tuesday night, the NDP’s Shane Simpson won re-election with nearly 60 per cent of the vote.

Given that reality, I was impressed to see David Wong put his name forward for the Greens. It’s not like he needs a new job: he’s a celebrated architect, a best-selling author and was even an honourary witness for Canada’s Truth & Reconciliation Commission.

He’s also personal friends with a bunch of New Democrats. But he chose to run for the Greens in East Van, the neighbourhood where his family has lived for the last 130 years.

Here’s what he posted on Facebook, 24 hours after the election:

Hi everyone. My first foray into politics exposed me into some of the most divisive and most disturbing vitriol I could not have imagined.

I’m sharing my thoughts here in an effort to solicit opinions and advice.

My campaign in Vancouver-Hastings earned the highest % of Green votes in the city … a nice consolation to the shitstorm of garbage from social media. My campaign was falsely accused of being funded by the Liberals, myself being singled out as a “token China man in a racist white old men Party”, homophobic, 9-11 truther, blah blah blah. Then, there were the swastikas, Trump pics with Memes plastered over my lawn signs… These sorts of nonsense really demonstrated the sheer vitriol that came from a few wacko zealots.

Now, I’m being requested (politely this time) from some of the same wackos to now advocate the support a BC Green coalition with the BC NDP. Heck I’ve even received a dozen petitions to champion this.

My answer? Let me think about it. Your thoughts people?

My bet is there are candidates and campaigners on all sides – BC Conservative, BC Liberal, NDP and Green – feeling similar dismay after that campaign.

But whereas in a normal election the parties would have time to lick their wounds and regroup for four years, those elected now find themselves headed into intense negotiations over who will govern the province.

If they figure out how to trust each other enough to cooperate, a series of amazing victories is possible, on policy issues that would otherwise take years to bring to a tipping point.

But if they all knife each other, those dreams evaporate – and we’re headed back to an election. Nobody wants that, except perhaps the one party that still has millions of dollars in the bank.

Rather, what British Columbians want — what they voted for —  is to win on campaign finance reform, Kinder Morgan and coal, and to set up victories on Site C and fracking, trophy hunting and electoral reform. Not to mention, tackling the addiction crisis, housing, education and  transit. But to do that, we need to be rooting really hard for the parties to figure out how to work together.

That’s not going to happen through threats or bribes.

It’s going to happen through respectful conversations that start creating the conditions for trust. That means putting a whole bunch of water under the bridge, looking toward the horizon and asking “what do we have in common that can help us reach shared goals?”

And if we want the leaders to have those conversations, that means modeling the same behaviour at the grassroots.

I’m suggesting that organizers and campaigners hang out with foot soldiers from the other parties. Candidates and elected MLAs should probably pick up the phone. There are a lot of things they’re not going to agree on, obviously. But a little courtesy and curiosity could go a long way.

At the same time, it would really help if the leadership in all the parties sent the message to their supporters: the battle is over. It’s time to put the weapons down. Thank you for fighting hard during the campaign, but nobody can change their vote now.

Even if somebody squeaks out a thin majority, it will be impossible to govern without some degree of cross-party collaboration. We have two weeks until we find out the final results. Let’s use that time wisely.