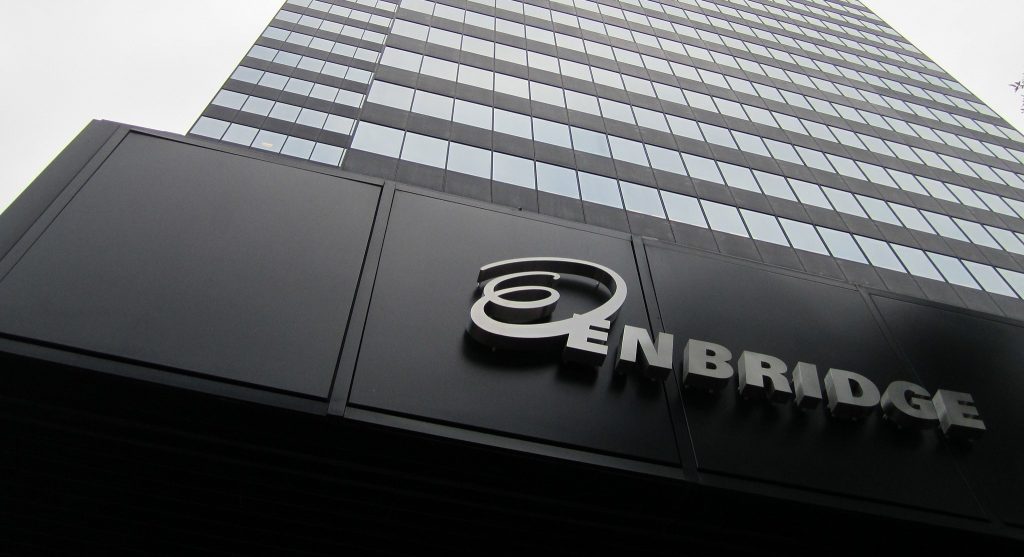 Remember Enbridge, the arrogant Calgary pipeline company that tried to ram its Northern Gateway crude oil supertanker project through B.C. a decade ago? They’re back with an even bigger pipeline proposal. But there’s a chance very soon for B.C. premier David Eby to block it – and invest instead in sustainable economic opportunities for northern communities.

Enbridge famously burned bridges with both Indigenous leaders and the B.C. public. Their survey crews chopped down a ‘living museum’ of culturally modified trees on Haisla territory. Their PR department deleted 1,000 square kilometres of islands from maps of the B.C. coast to make it look easier to navigate for tankers. They even tried to censor a newspaper cartoonist who made fun of them.

This time Enbridge is taking a quieter approach. The company spent $10 million this year “actively engaging with Indigenous Nations” according to documents seen by Dogwood, all to build support for the Westcoast Connector Gas Transmission project.

What is WCGT? Yet another pipeline that would punch a 700-kilometre swathe through old growth forests, salmon rivers and snowy mountains. Like Coastal GasLink, its purpose is to link growing fracking operations in Northeast B.C. to a tanker terminal on the West Coast. But this would be four times the size of CGL.

In fact, the Enbridge megaproject would carry more planet-heating gas every day than B.C. currently produces. We would have to more than double fracking just to fill this pipeline. But the whole ugly fight can be avoided – if the B.C. government rejects a key permit extension.

A looming test for Eby

First proposed in 2014 by Spectra Energy, WCGT sailed through B.C.’s old Environmental Assessment process under Premier Christy Clark. But international prices for fracked gas were low. So the original owner never moved forward with the project. Then Enbridge bought Spectra, making it the largest pipeline company in North America.

In 2019 the Horgan government gave Enbridge a five-year extension on the project’s Environmental Assessment Certificate. Now, with the excuse of the Russia-Ukraine war to jack up oil and gas prices, companies are making record profits. And with a permanent militarized RCMP force established in Wet’suwet’en territory to guard Coastal GasLink, Enbridge finally sees a way to get a pipeline built across unceded Indigenous lands in Northern B.C.

WCGT is one of four major pipelines that already has permits from the B.C. government.

Enbridge is also learning from mistakes made by TC Energy, the owner of the Coastal GasLink pipeline. Rather than focusing on band councils with jurisdiction on Indian Reserves, Enbridge is working to secure support from traditional governments. For example in Gitxsan country, that means wooing hereditary chiefs and their house groups – large extended families with collective rights to territories the pipelines would cross.

Farther west in Gitanyow territory, the project would have to go through the Wilp Sustainability Assessment Process, which is independent from the B.C. government. It’s unclear whether Enbridge could clear this hurdle and achieve consent from the Gitanyow huwilp (house groups). But one thing’s for sure: losing its provincial permit would force Enbridge to start over or abandon the project.

To keep the pipeline alive, Enbridge says it is “working on solutions to extend” its provincial Environmental Assessment Certificate before it expires, with a plan to submit an “extension request” to the B.C. government in 2022. And the year is almost over.

The elegant solution is for the B.C. government to simply let that permit expire. The world has changed since 2014. Another massive pipeline is incompatible with the province’s climate goals. And the house groups and First Nations along the route have other priorities the B.C. government could help with, like building housing and investing in projects that heal ecosystems and communities – rather than tearing them apart.

One year ago an atmospheric river slammed into the B.C. coast, knocking out every highway to the Lower Mainland and drowning hundreds of thousands of farm animals. Evacuees from Merritt, Princeton and the Fraser Valley are still rebuilding their lives. Some families who lost loved ones in deadly mudslides may never recover.

It was a shocking example of what Naomi Klein calls “disaster capitalism,” using a traumatic weather event to provide cover for an armed land grab. And it’s a dark sign of what could come if Premier Eby approves more contentious fossil fuel projects like the Enbridge pipeline.

Too often Indigenous and rural communities are forced to choose between poverty and destructive megaprojects that divide families, wreck the land and leave people even less resilient once the short-term jobs dry up. Instead the government should listen to local people about the kind of future we actually want to build.

An off-ramp from oil and gas

Enbridge could apply for its pipeline permit extension any day. Get ready to send your comments to the Environmental Assessment Office, the premier and whoever he appoints as Environment Minister.

If they won’t listen, we could have yet another pipeline fight on our hands. That would be a brutal drain on grassroots energy and resources, and the resentment could fuel unpredictable political consequences. As fun as it was kicking Enbridge out of B.C. the last time, ten years later our communities are tired of battling one bad project after another.

And WCGT is not the only major pipeline project sitting on provincial permits. Enbridge also owns the Pacific Trails Pipeline proposal, which would partly follow Coastal GasLink’s corridor through Wet’suwet’en territory. TC Energy still has the Prince Rupert Gas Transmission project. All together their capacity adds up to 18 billion cubic feet of gas per day – more than triple the province’s current fracking output.

Then there’s Woodfibre LNG near Squamish (resurrected by a recent $1.5 billion investment from Enbridge) and FortisBC’s proposed Tilbury gas export terminal in Delta. Fortis also hooked up 10,000 new customers in B.C. to gas pipelines last year, and plans a steady expansion of its pipeline network in communities like Penticton.

What we really need from our politicians is an end date for new fossil fuel infrastructure – and a plan to wind down the industry while taking care of the families and communities that have relied on paycheques from oil and gas over the decades.

There are thousands of potential jobs in geothermal and other renewable energy projects, home and building retrofits, value-added wood manufacturing, ecosystem restoration, tourism, fishing, local food, cannabis and hemp products – especially in northern B.C. But it will take government leadership to break out of the status quo and make these opportunities real.

Yesterday, as David Eby officially became premier, he was honoured by a traditional blanketing ceremony at the Musqueam community centre. He called it a powerful symbol of reconciliation, and acknowledged this must be backed up by action. The newly minted Premier also spoke about the need to act on climate change as ‘the challenge of our time.’

He will have a chance to show he’s serious about both of these commitments very soon.

12 Responses to “Guess who’s back in Northern B.C.? Enbridge”