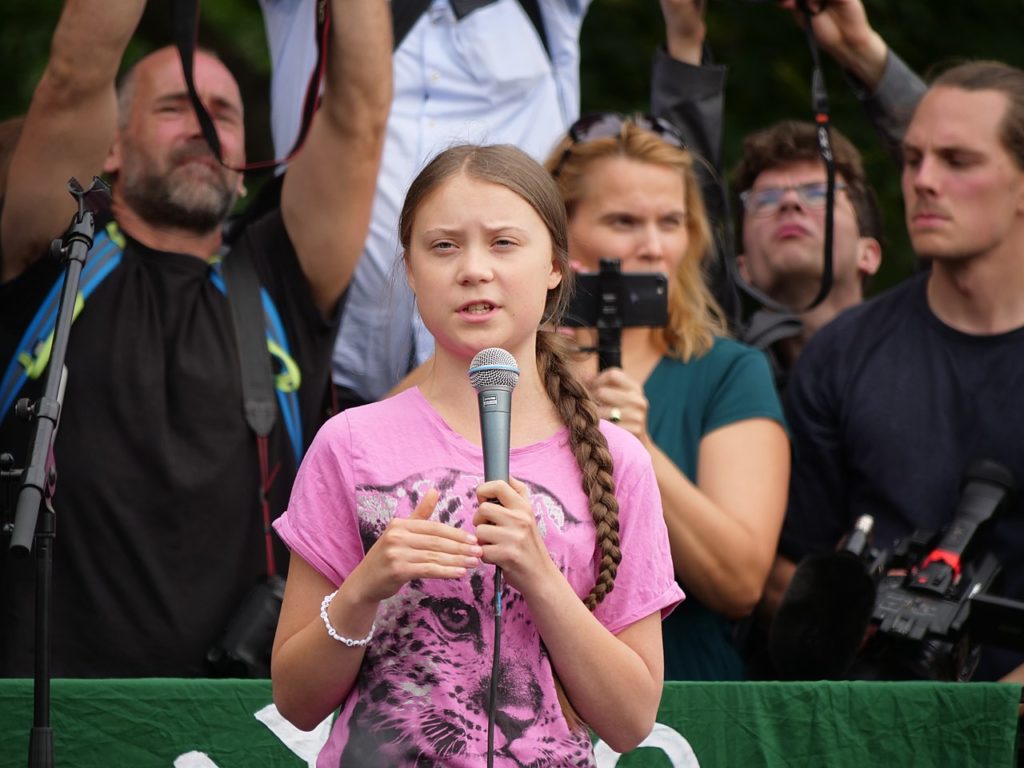 Greta Thunberg can’t vote. The rich and powerful like it that way.

A century ago, the people in power came up with some truly ridiculous reasons why women shouldn’t vote. Women’s brains were insufficiently developed, anti-suffragists argued. They lacked life experience outside the home. They would simply vote the way their husbands voted.

In hindsight it’s obvious the men running Western democracies were threatened and afraid. They didn’t want to surrender their monopoly on power. Unfortunately it’s the same story today when 16 and 17-year-olds ask for the right to vote.

The truth is, involving high school students in democracy increases voter turnout overall. Why? They put pressure on their parents to vote.

That’s what researchers in Denmark found when they looked at families with children who reached voting age just before elections. Sure enough, countries that lowered the voting to 16 have seen a boost in democratic participation.

Austria, Scotland, Argentina, Ecuador: all have found that 16-year-olds vote at high rates when given the chance. And they score no lower on political quizzes than people 18 or older. Let’s not forget, grownups elected Donald Trump.

A rare bright spot for democracy

More participation is good for democracy, period. The principles of “government by the people” and “one person, one vote” have been in retreat worldwide for more than a decade. Meanwhile, voter alienation and disengagement are chronic problems in Canada.

High school students are our best hope of turning that around. And there’s another bonus to teaching people how to vote in grade 11 or 12: they are far more likely to become a lifelong voter. Voting, it turns out, is a “habitual” behaviour. Either you do it, or you don’t.

In a time of technological disruption, environmental collapse and rising authoritarianism, this simple change may be the best hope for democracies to keep themselves alive.

No taxation without representation

16-year-olds pay sales taxes and some pay income taxes. But far more significant is the cost they will pay over the rest of their lives for decisions made today. This is particularly apparent with climate change. Today’s children will inherit a world that looks increasingly chaotic and bleak.

That’s why teenagers like Greta Thunberg and those inspired by her example have seized the reins of the climate movement. They are demanding adults take the crisis seriously and stop making it worse: stop giving corporate welfare to oil companies. Stop building oil & gas infrastructure that locks in more dangerous warming.

Unfortunately they have few ways to make politicians actually listen, aside from public protest. That’s because our leaders are not accountable to anyone under 18. That seems as unjust today as male politicians governing women’s lives a hundred years ago.

B.C can be a leader

In 2018, only one in three eligible British Columbians showed up to vote in municipal elections. That’s pathetic. Low turnout creates a vicious cycle where people feel they’re not listened to by decision makers — and therefore it’s pointless to vote.

The Union of BC Municipalities is trying to break that cycle. Municipal leaders voted today in favour of resolution B108, which asks the B.C. government to grant voting rights in municipal elections to students 16 and 17 years old. The next step will be for the UBCM to formally ask the province to change the rules ahead of local elections in 2022.

It’s a strong start. But there’s no good reason the province shouldn’t lower the voting age across the board. B.C. has led the rest of Canada in enfranchising – and electing – minority groups. Our democracy grows healthier every time we expand the electorate. Lowering the voting age to 16 is the logical next step.

6 Responses to “Greta Thunberg can’t vote. The rich and powerful like it that way.”