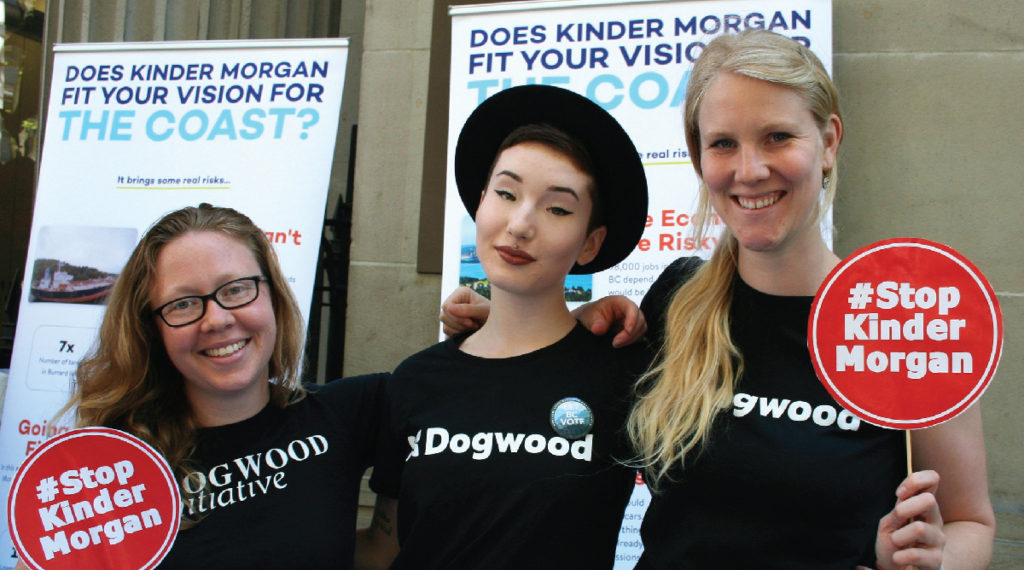 Over the summer, our movement grew bigger, got stronger and flexed its grassroots muscle.

Thanks to volunteer teams and Dogwood’s three summer students, more than 7,000 people signed petitions in their communities. Whether signing on to Let BC Vote on pipeline and tanker projects, Ban Big Money in politics or Defend our Farmland from fossil fuel export proposals, these new supporters came to Dogwood through a one-on-one conversation with a person who cares about the future of our province, our democracy and our environment.

That’s the magic that makes our organizing teams strong–personal connections with people in your community who share your values. With dozens of canvass events, team meetings, data entry parties and meetings with elected officials, our teams welcomed new members, increased their commitment to each other and developed direct relationships with decision-makers. That’s the kind of strength that can outlast any single project, election or news cycle.

Building this kind of organizing infrastructure means we can mobilize to influence key decision points. When the federal Natural Resources Minister Jim Carr–after months of anticipation and with barely a few weeks of lead time–announced the schedule for the ministry’s special supplemental review panel on Kinder Morgan’s Trans-Mountain pipeline and tanker proposal, we were ready.

Despite the compromised, slapdash and anti-democratic nature of the panel process, Dogwood was able to mobilize hundreds of people to town hall meetings from Kamloops to Victoria, and everywhere in between. Our volunteer leaders spoke passionately, supported each other and showed up to let the federal government know resoundingly that British Columbians do not grant permission for this project.

The panel town halls were only the beginning. This fall organizing teams are ramping up the pressure on federal Liberal MPs with phone calls, meetings and nearly 10,000 emails to the Prime Minister himself.

And, as always, we’re sticking to basics to build grassroots power for everyday British Columbians with our October Knock the Block campaign. It all starts with a conversation.

It is an honour to work with all of you and our incredible organizing team at Dogwood. Together, we can do anything!