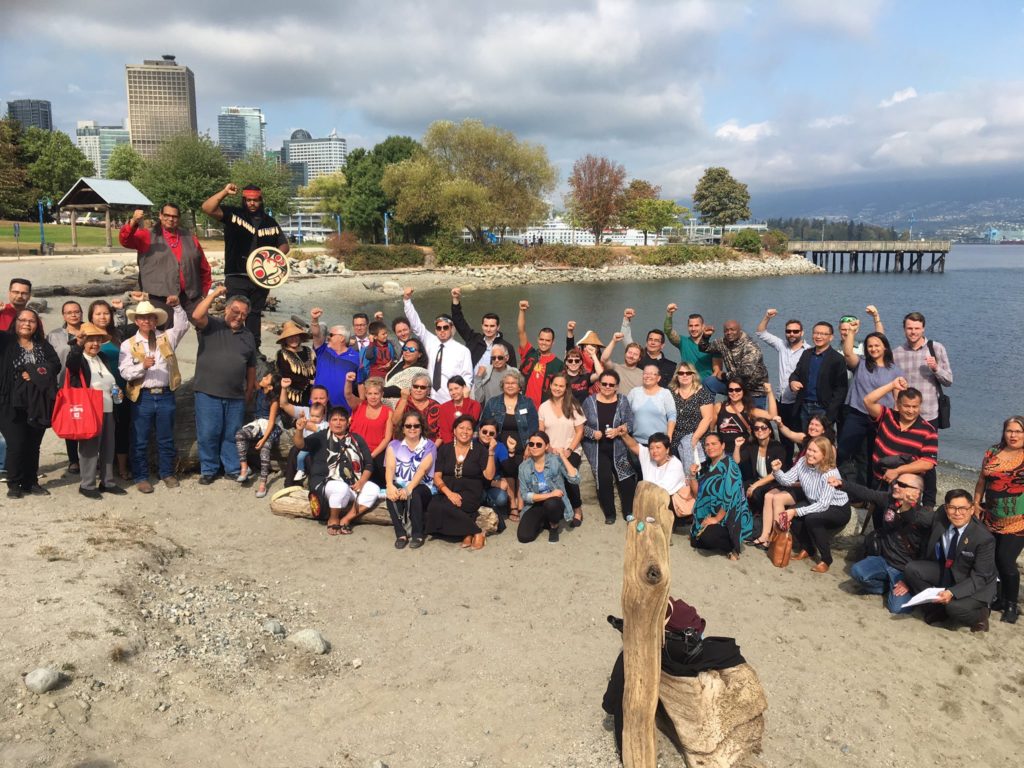 First Nations head back to court to stop Trans Mountain

Federal Court of Appeal tosses out cases on climate, orcas and Charter rights of youth

In a rare public decision, the Federal Court of Appeal announced that six Indigenous groups can challenge Ottawa’s second approval of the Trans Mountain pipeline and oil tanker expansion. At the same time, it dismissed applications from two First Nations, two environmental groups, the City of Vancouver, and a group of youth climate activists.

Justice David Stratas’s decision is a sobering read. The only issue the court will consider is whether the federal government met the bare minimum “duty to consult” with Indigenous communities, over the final few months before its June 18, 2019 re-approval of Trans Mountain.

The court says other matters such as “the need for the project, the economics of the project, and the risk of oil spills […] are not fairly arguable because they were raised and decided or could have been raised in Tsleil-Waututh Nation” (the name of the 2018 case).

Even — and this really bugged me — allegations of conflict of interest or bias were tossed out. Remember, the government was pretending to consult with Indigenous people in good faith while at the same time buying the project and vowing publicly that it would be completed.

The court also says Indigenous people don’t get to give or withhold consent. Thanks to the Senate killing Bill 262 (which would have strengthened some aspects of Indigenous rights in Canadian law), we’re back to the old doctrine of “meaningful consultation,” as the courts have defined it up until now.

Surprisingly, the federal government provided no evidence they met even this very low bar. Ottawa has been silent on allegations from First Nations that they were basically AWOL for the last few months of so-called “consultation.” Remember, that was mandated by the Federal Court of Appeal in its decision overturning the first Trans Mountain approval.

Justice Stratas writes: “Down the road, the respondents might be able to present strong evidence supporting the adequacy of the further consultation […] At this time, however, the respondents have withheld their evidence and legal submissions on these points. So the analysis cannot progress further.”

Perhaps Frank Iacobucci, the former Supreme Court justice hired by the feds to oversee this “enhanced,” “extended,” “supplementary” consultation process, was a little distracted by the unfolding SNC-Lavalin scandal (Iacobucci is also the lawyer for SNC, which is still facing major corruption allegations).

Did Ottawa bungle consultation yet again?

It seems entirely possible that Ottawa has once again bungled basic consultation with Indigenous people, out of some combination of arrogance or incompetence. It wouldn’t be the first time. If any of these six cases succeed, the Trudeau government will have nobody to blame but themselves.

That said, the court suggests even a slam-dunk victory by Indigenous nations might not result in the approval being overturned or the project being stopped (at least by this court): “sometimes the decision, despite its defects, should not be quashed and the matter should not be sent back for redetermination.”

One more dark little detail: remember the teenagers who filed a Charter challenge against the publicly-owned Trans Mountain Corporation? Not only did Ottawa oppose this lawsuit (and not the 11 others), TMC asked for costs. And the judge sided with TMC. So those kids owe Trans Mountain money.

That’s right, not only is Trans Mountain fueling the climate crisis with our tax dollars — it’s also punishing kids speaking up for their future by going after them for legal fees.

To wrap this up, the court wants to get these six cases heard and ruled upon ASAP. The parties are being summoned to a conference call “in the next week to discuss a highly expedited schedule for the applications for judicial review.”

I’m not sure what “highly expedited” means in judge world, but it seems possible we could have a decision this fall (I have to imagine they would wait to publish until after the October 21 election, since the outcome could affect the vote).

Meanwhile the feds seem intent on charging ahead with construction, so they can have a nice busy backdrop to try and win votes in Alberta.

The arc of the moral universe

For me this is a reminder that while Canadian courts have recognized Indigenous rights over the last few decades, and stopped a few bad projects, they’re still bound by a framework of colonial laws and institutions, designed to facilitate wealth extraction on land the Crown claims but does not own.

One day we’ll change these laws, either through legislation or litigation. But there are so many hurdles to jump over, like the Senate. The filibuster of Bill 262 this spring by Conservative senators was particularly frustrating. We have just a few years to solve the climate crisis. Institutional inertia is working against us.

Still, we should thank all the nations and groups that stepped up to challenge Ottawa’s re-approval of Trans Mountain, and send our very best wishes to the six legal teams that made it through to the next step. Many of these folks were part of the stunning legal victory last August that stopped the pipeline the first time. They’ve mustered innovative and compelling legal arguments before and they can do it again — but they need all of us to pull together.

Stand with Indigenous peoples leading the fight against Trans Mountain: donate to the legal war chest that represents one of our last, best chances to defeat this toxic, dangerous project.