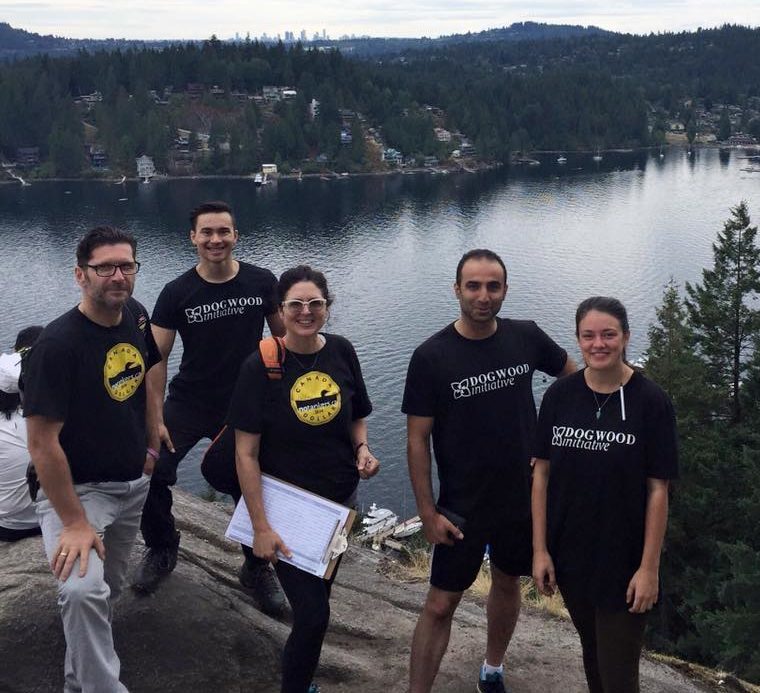 On the road again

That’s what one first-time organizer from Prince George said to us after we carefully walked him through the process of bringing together an alliance of at least 476,509 citizen’s initiative pledgers. It will be a lot of work, but we think of it as a democratic insurance policy in case our elected leaders let us down.

We’re going back to political building blocks by organizing our friends and neighbours across the province to protect B.C. from the threat of oil spills.

These are some of the stories from more than 70 incredible organizers I met and stayed with during a 14-city tour across B.C. in February. Our purpose was to meet up with people who want to participate in our new initiative strategy, hear their stories, explain what work we need to do and how we’re going to do it, and then plan our next steps together.

My friend, travel companion and lawyer Steve Parr was an amazing asset to this adventure. He brought so much energy, valued perspective on current legal challenges, encouraged exercise and even brought a blender to make health shakes! I couldn’t have done it without him.

We started in Nanaimo where one of the 11 people we met was a helicopter pilot whose employers do surveying work for Enbridge. He recently told them he’ll no longer fly jobs for Enbridge because he doesn’t support the Northern Gateway proposal. I thought it was really brave putting his livelihood on the line like that, but he said he’s confident if they don’t respect his wishes that he can find another job. I still thought it was a pretty intense move on his part!

It was a luxury staying in Campbell River with a family I’d met several years ago – Elise and Simon, their two kids Kai and Anna and their dog, Toba. They fed us a delicious dinner of salmon they caught themselves – their freezer filled year-round from local fishing and hunting. Elise explained to 6-year-old Kai why we were visiting and asked him his thoughts about big boats carrying oil coming through our ocean. Unprompted, he said, “That’s a bad idea, they’ll just tip over and get oil everywhere.” It was pretty darned cute.

We met a fascinating group of ex-loggers and fallers, professors and people in the construction industry during our stay in Smithers. One ex-faller who worked in Haida Gwaii described logging a hill on Moresby Island. He said he imagined the eagles he was working toward at the top of the hill had stood on those tree tops, looking out for ages.

When they felled the last big spruce there were seven huge eagles perched in it that flew away. The next day when he came back he saw the eagles in the cold rain, puffed out and sitting stubbornly on the stumps. He realized then that it would never be enough – that these kinds of companies would take everything if they could, leaving nothing for the eagles and nothing for us.

A good turnout for our meeting in Smithers.

In Kitimat, members of the community and from Douglas Channel Watch were already working hard on how they were going to respond to the Northern Gateway plebiscite. They are interested in the snowflake model and we did a lot of math together to figure out riding targets. I also had the pleasure of connecting with Murray Minchin who happens to have a very powerful story about finding his voice to speak to the Enbridge joint review panel. We’re all excited to pick up discussions in Kitimat after they’re done focusing on the plebiscite in April.

We uncovered a network of small communities that make up an area where a free little ferry runs year-round on a cable system that takes you across Burns Lake. This is where we learned the story of a school principal nearing retirement who wants to spend more time organizing people to stand up for B.C. She’s excited about “owning her turf” and is quickly building a team on the south side.

Our new organizing approach is often called a “snowflake model” or distributed leadership structure. Power, responsibility and ownership are distributed – not concentrated. What we’re doing is working to help equals create equals – the work done by organizers in the field is exactly the same as the work carried out at Dogwood headquarters because we’re working just as hard to make every move count.

During the February tour we met organizers in local pubs, restaurants and churches. We met firemen, hunters, parents, student leaders and community groups. People who want to protect their homes. People who are committed to B.C.’s legacy of renewable resources and people who want to fix a broken democracy. Seasoned organizers who are calling up their contacts and people who are boldly stepping up in ways completely new to them.

We were treated to such generous hospitality on our trip and cannot thank everyone involved enough for their kindness. Just generally getting to know people and casually chatting without having an agenda was a major highlight for me. It was a thrill finding moments to explore the people and landscape of this movement – we even drove all the way down to the water and dipped our toes in the Douglas Channel!

Karl has been working tirelessly behind the scenes to launch a new online organizing platform that has all the tools our organizers need to meet their targets in every riding in the province. It contains a phone bank tool, door-knocking guides, training materials and organizer webinars, including this map of B.C. that shows the progress we’re making together as a movement in real time.

So far 275 people in the southern interior have stepped up to say they’ll help lay the groundwork for a citizen’s initiative. Our tour will include three full-day trainings and web workshops, where organizers will learn how to use the new online tools. We’ll dig deep into what strategic action is needed right now and plan our next steps.

We’re working hard to ensure organizers have the knowledge and tools they need to expand the No Tankers movement, and we’ll hope you’ll join us. Snowflakes are popping up across B.C. all the time. The group we just met in Squamish in February has already designated specialized roles within their team, formulated canvassing logistics for their polling divisions and had their first kickoff and petition drive events – and they’re just getting started.