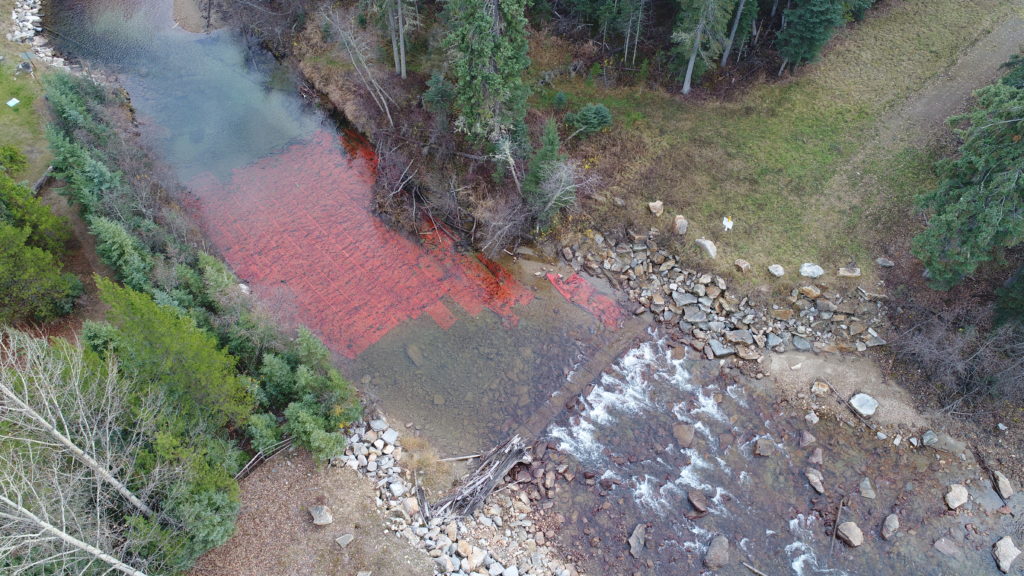 Why B.C. needs to fix its environmental assessment laws

What do the Trans Mountain pipeline, a toxic waste dump at Shawnigan Lake, the Site C dam and the controversial New Prosperity mine have in common? Each was rubber-stamped by the BC Liberal government under a review process called environmental assessment, which critics call weak, biased and out of date.

Fortunately British Columbians have a chance to fix that. A public consultation launched by the province’s new government offers a unique chance for everyday people to weigh in. What should the province do the next time a pipeline or open-pit mine is proposed? For the next few days, that’s up to you.

Since its founding in the 1800s, British Columbia has mythologized natural resources. Our legislature in Victoria features murals celebrating mining, logging, fishing and farming – the pillars of the province’s early economy.

150 years later, just three per cent of British Columbians work in these traditional industries. But powerful lobby groups still demand special treatment. That’s how you end up with Kinder Morgan paying a $230 fine for illegally tampering with salmon spawning streams.

You’d pay more if a police officer caught you texting in traffic.

The world has changed. We need an environmental review process in line with 21st century science, legal realities and social values. One that considers sustainability, climate, biodiversity and human rights.

Projects incompatible with our shared survival – or unable to secure basic consent from the people most affected – need to be rejected.

When the NDP took office last year, they inherited a culture of deregulation, privatization and rubber-stamp reviews put in place by the previous government. It’s no coincidence many of the most generous donors to the BC Liberals benefited from Victoria’s Wild West approach to resource development.

Take Imperial Metals, which owns the Mount Polley mine. Together the two corporations donated $233,660 to the BC Liberals, before and after the 2014 failure of a tailings dam triggered Canada’s largest-ever mining disaster.

The year prior, Imperial’s controlling shareholder, billionaire Murray Edwards, held a million-dollar fundraiser for the BC Liberals at the Calgary Petroleum club. Other companies connected to Edwards chipped in nearly $130,000 over the years.

Those donations are now illegal, but that doesn’t help the people downstream from Mount Polley. The mine is still dumping tailings straight into Quesnel Lake, an important sockeye nursery that flows into the Fraser River.

Adding insult to injury, Imperial Metals has never been prosecuted or held accountable. For B.C, this is business as usual. An independent report commissioned in the wake of the disaster found that based on its current standards, the province could expect a similar tailings pond breach every five years, on average.

To its credit, the new government says it wants to do things differently. To start with, environment minister George Heyman, backed by Green MLA Sonia Furstenau, tasked the Environmental Assessment Office with scoping out a new way to review projects in B.C.

After conferring with Indigenous leaders and technical staff, citizen groups including Dogwood, industry executives and an expert panel, the EAO came forward with a “discussion paper” outlining some major changes. They say they want to restore public confidence in project reviews, advance reconciliation with First Nations and make real strides on climate.

That all sounds great, but without serious support from the public, any actual changes to the legislation will be gutted by lobbyists. That’s their job.

The oil and gas sector has worked aggressively to derail environmental reform at the federal level. When they get wind of what B.C. is proposing, they will swoop in to fight it. They are equipped with seemingly unlimited cash and an army of lawyers. We need everyday people to keep our lawmakers on track.
Right now British Columbians have a rare chance to tell the government what we want environmental assessment to include. Some of the ideas on the table include:

What else do you want to see when a company like Kinder Morgan or Imperial Metals applies to do business in our province? The EAO is accepting comments from the public until Monday, July 30. They need to hear from you.

Submit your comment today to strengthen environment assessment in B.C.!

4 Responses to “Why B.C. needs to fix its environmental assessment laws”