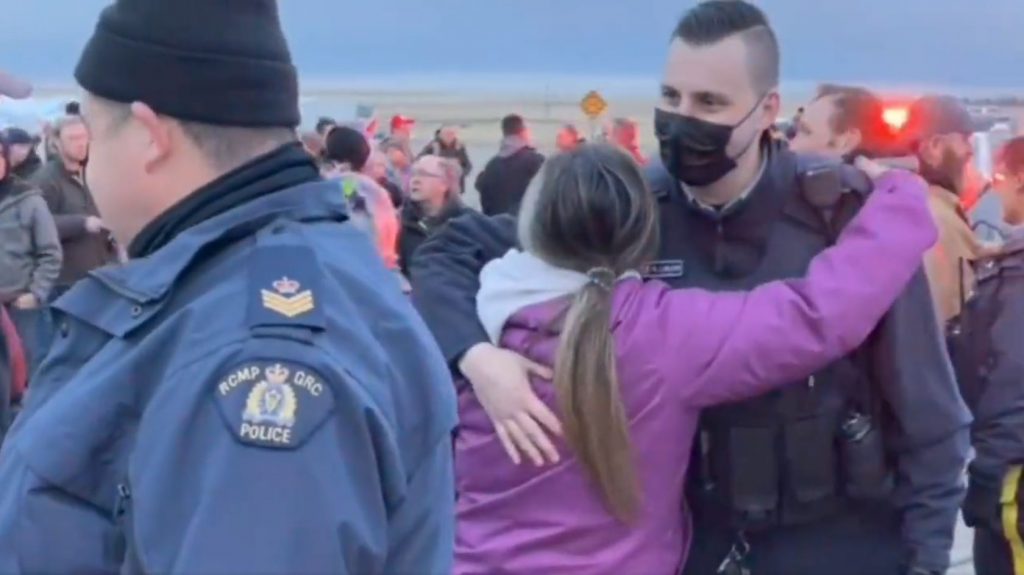 MPs must push for transparency around ‘national emergency,’ swift expiry

Eighty years ago my dad’s parents were accused of being enemies of Canada, because their parents were born in Japan. Under the War Measures Act, 22,000 Nikkei settlers were forced from their homes, stripped of their assets and property, and interned under RCMP guard.

The government did not relinquish its emergency powers until four years after WWII ended. So my family was banned from the West Coast until 1949.

Today’s Emergencies Act replaced the War Measures Act in 1988, and you can thank Japanese-Canadian activists for many of the safeguards it contains. They are two different laws. But history teaches us to be cautious in granting even more power to governments and police.

What are we actually dealing with?

The Emergencies Act is Canada’s last resort in the face of a public safety threat so serious that it cannot be dealt with under any other law. On the books for 35 years, the Emergencies Act has never been used before this week.

Canada has weathered devastating natural disasters, deadly terrorist attacks, even the ambush and murder of police officers, without resorting to the Emergencies Act. And Canadian police have dismantled countless blockades and protests, often through the use of force.

Breaking the glass on the Emergencies Act invites its further use by this and future governments. It is yet another potent weapon against protest movements that could have far-reaching consequences for any group accused of supporting “anti-government” activities.

And so the onus is on the Trudeau government to explain what makes this moment uniquely dangerous – and why existing laws are not enough. Lawmakers and the public should have as much information as possible about the nature of this threat. And as soon as possible, the emergency orders should be lifted.

Yes, the situation is serious

To be clear, I am disgusted by reports of assaults on schoolchildren and health care workers at public schools and hospitals. I am disturbed by the presence of illegal weapons at a border blockade in Alberta, and the participation of special forces soldiers in the ongoing occupation of Ottawa. The volume of U.S. money funding these activities is significant and concerning.

It is unprecedented to see public dissent from so many uniformed officers in the army, air force and Canadian police forces. And it has become obvious that many police units have chosen not to enforce existing laws, effectively prolonging the blockades.

This is a problem many years in the making, one the Emergencies Act does not solve. But the government’s use of this Act does risk deepening the crisis, by fueling the anger and resolve of those who believe they are fighting an unresponsive and authoritarian regime.

And it places even more responsibility for public safety on police, who have not inspired confidence in the last three weeks.

Who keeps us safe?

There are measures that have disrupted these truck blockades without the Emergencies Act. A 21-year-old Ottawa resident silenced honking horns with a civil injunction. City staff and residents have diverted and blocked convoys in many cities. Crowdfunding accounts have been cut off, and communications channels upended by a lewd song about cowboys.

In Surrey B.C., Coutts AB, Emerson MB and Windsor ON, police reluctantly cleared border blockades, without violence. In Coutts, police hugged and shook hands with blockaders – after seizing a trailer full of weapons.

Coutts police honors, greets and hugs truckers who have blocked the US – Canada border for 18 consecutive days. pic.twitter.com/RL4F7l0JBh

Police forces in Canada are a power unto themselves, funded by the public but shielded from public accountability. Every level of government is fond of saying “we don’t direct the police,” which leaves police to decide when and how they enforce laws and court injunctions.

Police have a wide range of tools to crush any threat to corporate profits or private property. This is on full display when they respond to Indigenous land defenders. They are also, as watchdogs have repeatedly warned, infiltrated by extremists.

Some make the argument that giving them new powers, such as under the Emergencies Act, can’t be much worse for communities that are already over-policed.

To which I say: it can always get worse. History shows that every increase in funding or power for the security state is soon used to further criminalize vulnerable populations, including unhoused people and drug users, migrants, Black and Indigenous people, religious minorities and the mentally ill.

The Emergencies Act pushes us one step farther down this path. The public deserves more information, very soon, about the nature of the current National Emergency. As soon as the danger has passed, the order must be allowed to expire. And then the Emergencies Act should be put back on the shelf for a long, long time.

Giving more power to police may be a short-term solution for residents of Ottawa. But it doesn’t change the underlying forces that drove genuine grassroots support for the “Freedom Convoy” – providing funding and human shields to extremists.

It’s clear the pandemic has facilitated a massive transfer of wealth from everyday people to billionaires and big corporations. And our governments, instead of launching an ambitious transformation, have used their power to try to maintain the status quo.

The status quo is pollution, inequality and exploitation. Boil-water advisories and child apprehension. Police clearing encampments of unhoused people, brutalizing and shooting our community members. All of this has accelerated during the pandemic.

Meanwhile the housing bubble is completely out of control, with grocery costs rising and gas prices hitting record highs. Inflation is now over five per cent. And last year, yet again, record numbers of British Columbians were killed by a poisoned black market drug supply.

None of this excuses hatred, racism or violence. But we also can’t ignore the isolation, pain and anger that is driving people toward false prophets and destructive political projects.

It’s time to organize like our lives depend on it. We need to help people identify and push back on the true forces undermining our safety, public health and collective future. And in doing so, we need to give our neighbours a glimpse of a better world.