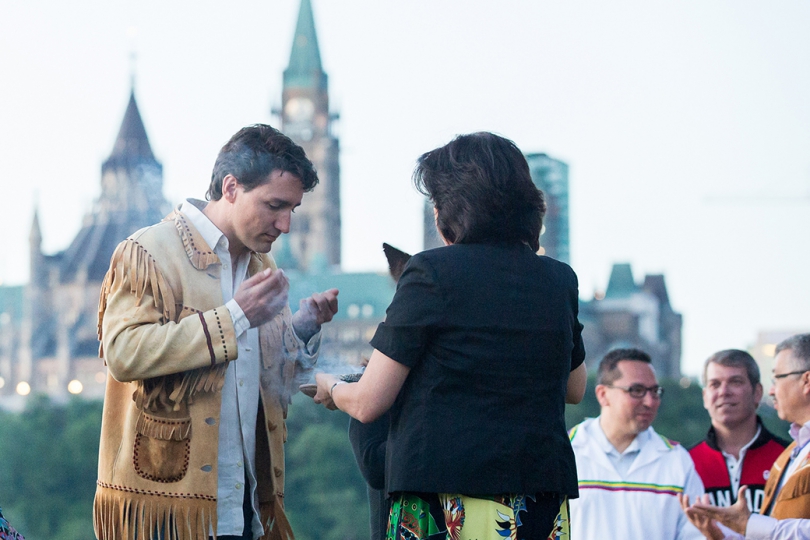 Don’t tell us how you’re different – show us

Less than a month after the last election, Natural Resources minister Jim Carr was given fresh marching orders. Carr’s mandate letter from Prime Minister Trudeau begins like this: “We have promised Canadians a government that will bring real change – in both what we do and how we do it.”

But on key resource issues, First Nations and B.C. voters are still waiting for the “real change” promised by the Liberal slogan. In many cases, it’s unclear how the new government’s decisions are any different from those made by Stephen Harper:

It’s that last point that has coastal residents increasingly nervous. The Liberal government refuses to overhaul pipeline assessments until after it makes a decision on the Kinder Morgan project. In the interim, the government has appointed a Ministerial Review Panel meant to augment the discredited National Energy Board’s approval of this West Coast oil tanker proposal.

The idea behind this panel is to let British Columbians know Trudeau’s government has heard how pissed off we are at the NEB and its rigged pipeline reviews, and to stage some sort of remedy before cabinet reaches its self-imposed deadline in December.

But the “hearings” to date in Kamloops, Chilliwack, Langley and Burnaby have made clear that despite promises of transparency, the Trudeau government has only muddied the waters of public consultation: two of the three panellists have an established pro-industry bias, while the third was a deputy minister in Alison Redford’s government — not a promising start in the eyes of a public grown weary of predetermined outcomes — and the process has been panned by participants.

The conclusion I am drawing is that this hastily planned PR exercise exists solely to provide cabinet with political cover once they approve the Trans Mountain expansion. And if that’s truly the case, then their minds have already been been made up, making this exercise neither consultation nor dialogue. It’s akin to bargaining in bad faith. What makes this possibility most worrying are three key questions that have yet to be answered by the proponent:

Addressing these basic concerns was the foundation on which Trudeau’s West Coast campaign promises were built. Even the oil industry knows public trust of government impartiality on this file has never been lower. Yet without any powers of investigation or scientific credentials, and no ability to cross-examine Kinder Morgan, we are entering dangerous new territory — because it’s unclear to the public how the Ministerial Review Panel plans to proceed.

There is no public record of the evidence they have received, no archive of the hearings, no explanation of their method. At least with Harper we knew what was in store. Despite this, the public has shown up to the panel hearings in droves.

Industry supporters on the other side have been led to believe the project’s opponents are just an obstacle to progress, a bump to smooth over. The panel is supposed to referee this debate between ‘proponent’ and ‘opponent’ and come away with a report. But by stripping the panel of any responsibility to make a recommendation, the government has confirmed that in the end, this will be a political decision.

I think we are at the point where it’s safe to call ‘bullshit’ on this supposed redo, and to demand that Trudeau’s government show us, not tell us, how they are different. As summer slips away, it’s time to ratchet up the pressure. That means it’s doubly important to show up to a panel hearing. If you cannot be there in person, the government is accepting comments by e-mail and through an online questionnaire.

Should you decide to spend part of your remaining holidays in a conference room, your participation could mean the difference between a coastal MP banging their fist on the cabinet table and making the case for our coast knowing the electorate is behind them, or not. It’s not quite as fun as the Atmosphere Fest, perhaps, but historic nonetheless. At the very least you may lend strength to First Nations like the Tsleil-Waututh, currently locked in David-and-Goliath battles both in the court of law and public opinion.

Any chance the government gives us to put our views on record is an opportunity that should not be ignored. (By the way, industry lobby groups have been calling for supporters to show up…only a trickle have answered.) It still means something when a citizen stands before government representatives and presents their views — more so when they are overwhelmingly of one mind. If you would like to join a Dogwood team heading off to a Kinder Morgan panel hearing, choose the date and location that works best for you: Vancouver Wednesday August 17th, North Vancouver Friday August 19th, or Victoria Tuesday August 23rd.

The consequence of Harper’s failed energy policy in British Columbia was direct and clear: they lost their MPs in coastal B.C., and Enbridge lost their permits in federal court. It is into this mess the Trudeau government (represented this time by Energy Minister Jim Carr and his Chief of Staff, ex-Association of Petroleum Producers VP Janet Annesley) have leapt. Should you find yourself standing in front of the panel wondering what has really changed, know this: you will be in good company.