The dying of the light

As democracy enters a dark age, it’s now or never for Pro Rep

The Western democratic tradition is pretty long. Whether you trace its roots to the French Revolution, the Iroquois Confederacy or American Independence, it’s a project at least eight generations in the making.

But in many countries the great promise of democracy is faltering. People have rights and freedoms on paper, but their circumstances are eroding. Our political system seems unable to make a dent in climate change or growing inequality. 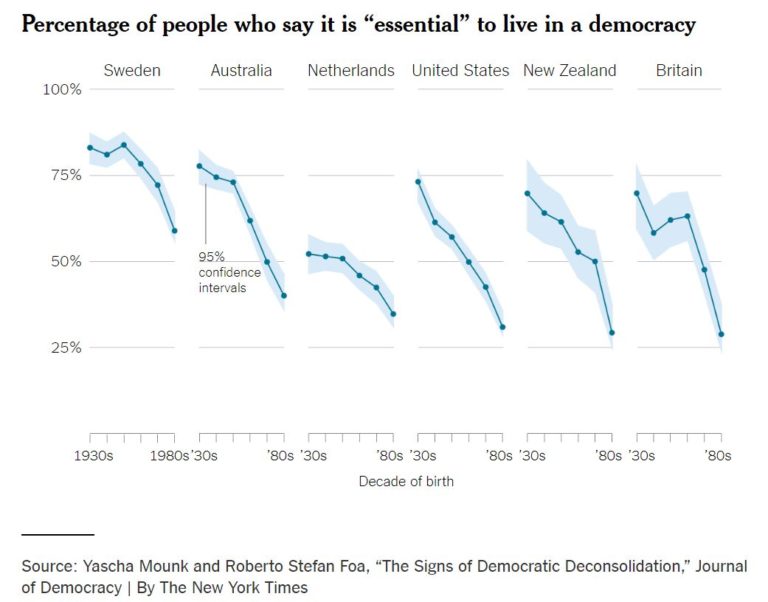 Indeed democracy is in retreat around the world. Young people are particularly disenchanted, with barely a third saying it is essential to live in a democracy. Fair enough. “Democracy” has foreclosed their future, leaving them with crushing debt and dangerous global warming. Millennials may have the right to vote, but damned if they can find a place to live.

This has created an opening for populist strongmen, who offer a tempting trade: less freedom for more security. Less diversity but more national pride. Leaders that are less accountable, even openly corrupt. It’s a bargain millions are willing to take.

In the face of this alarming trend, B.C.’s upcoming referendum offers a radical alternative: more democracy. This fall, our province could become the first jurisdiction in North America to adopt Proportional Representation – and bring some much needed light in worrying times.

Simply put, proportional systems elect people to tackle problems who are more like the folks who vote for them. Politicians under Pro Rep are accountable to the whole population – not just a narrow partisan base or corporate elite. For B.C. voters, this is our last, best chance to upset the apple cart and claw back some of our power.

But winning won’t be easy. The very people who have learned to game our First-Past-the-Post system will stop at nothing to defend it. They will spend everything they can to convince you that change is scary, the status quo is great and everything is on track.

If you’re still on the fence, it’s worth investigating how First-Past-the-Post democracies are actually faring right now.

Governments on the run

Countries like the U.S., UK and Canada were once standard bearers for generation-defining social programs that improved the lives of millions. From the New Deal and the Marshall Plan to Universal Health Care, politicians backed by decisive numbers of voters could harness billions in public wealth to solve large-scale problems.

In the decades since, a steady takeover by organized money has poisoned our system from within. Corporate interests now play an outsized role in decision-making. They do this by investing vast sums of money into think tanks, advertising, lobbying and of course the machinery of political parties.

It’s a symbiotic relationship. The companies get tax cuts, subsidies and regulations favourable to their bottom line. And the parties (which need large and consistent revenue streams to compete in winner-take-all elections) get cash, ready-made talking points and policy planks.

The fourth pillar under attack

The corporate consolidation of ideas and debate also extends to the media. As George Orwell said “Freedom of the press, if it means anything at all, means the freedom to criticize and oppose.” Or in the words of Finley Peter Dunne, the work of journalists is to “comfort the afflicted – and afflict the comfortable”.

A free press is supposed to keep an eye on the relationship between powerful interests and powerful public officials. It’s why we consider it the fourth pillar of democracy. But whether accidentally or deliberately, our free press is crumbling.

In Canada, one watchdog warns: “journalists’ sources are increasingly under threat, reporters face jail time for covering protests, and verbal attacks meant to undermine their work are coming from some of the highest positions in government.”

The 2018 World Press Freedom Index placed us 18th on its annual ranking of nations. Australia was 19th, the United Kingdom 40th and the United States 45th. Our NAFTA partner Mexico, where journalists are gunned down by vengeful cartels, placed a dismal 147th.

Who tops the press freedom list? Norway, Sweden, the Netherlands, Finland and Switzerland. All are democracies with proportional voting systems. The correlation is worth considering.

More than fourteen million people live in Ontario – a province larger than most European countries. Ontario just went through a general election where PC leader Doug Ford never published a campaign platform and rarely gave media interviews. But he won, with help from three tentacles of the same beast.

From day one, Ford had the aggressive backing of Postmedia’s Toronto Sun tabloid, which took an openly partisan stance. At the same time his campaign was boosted by social media ads paid for by oil companies in Calgary. Most importantly, he had the support of Ontario Proud, a right-wing Facebook group with hundreds of thousands of supporters.

With 2.3 million votes (23 percent of Ontario’s eligible voters) hardline neo-conservatives now have a four-year lock on one of the world’s largest economies. There is a playbook for how to do this, and big tip: there’s no need for a broad-based election campaign that appeals to the majority. Doug Ford didn’t need a platform. He just needed a meme factory. 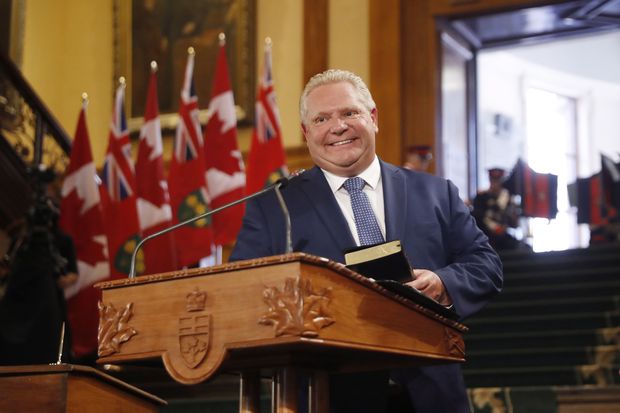 As we have come to learn through recent testimony in Ottawa and London, those weaponized memes need not originate from the jurisdiction where an election is being held. Through diligent investigation, the Guardian uncovered the smoking gun linking Russian financing and officials to Brexit’s Vote Leave campaign.

We’ve ceded the public square to Facebook, which is algorithmically programmed to deliver to your phone exactly what the highest bidder wants you to read, just before you duck behind the curtain at the polling booth. The company admitted last year that ads purchased by the Russian government were served to millions of users in key swing states in the leadup to the 2016 Presidential election.

Some of that content is meant to inspire votes for a particular candidate. Other tools are designed to suppress your democratic participation entirely, including the Ripon platform developed by Victoria B.C.’s own Aggregate IQ. BC Liberal spokespeople and their proxies are already calling this fall’s referendum “rigged”. Don’t be surprised if you encounter online messages saying there’s no point even casting a ballot.

Harper, Brexit, Trump, and Ford are not a reason to throw away democracy, but they are symptoms of two serious problems. One, our party system makes our legislature vulnerable to takeover by corporate interests. Two, our voting system can deliver majority power to a small minority of Facebook loudmouths and reactionary fools. The combination is dangerous.

Pro Rep is a torch we can use to light our way back from darkness. Win this one vote, and we transform the DNA of our legislature to reflect the wisdom of rural and urban British Columbians alike. Win this vote, and we’ll regain the freedom that comes with knowing your vote means something. Win this vote, and we all come out from the shadow parties have cast over our democracy.

You can spend this fall two ways: you can be a Facebook mark with a target on your back, bombarded by online ads from the two sides. Or you can join Dogwood’s Relational Voting Program and talk to real people about the choice we face as a province. Our plan is to mobilize the folks who have been left out of the democratic conversation – and don’t vote because they feel there’s no point. We’ll give you the tools to reach the people in your network and help them vote for the change we all need.

Pledge to vote in support of Pro Rep

10 Responses to “The dying of the light”