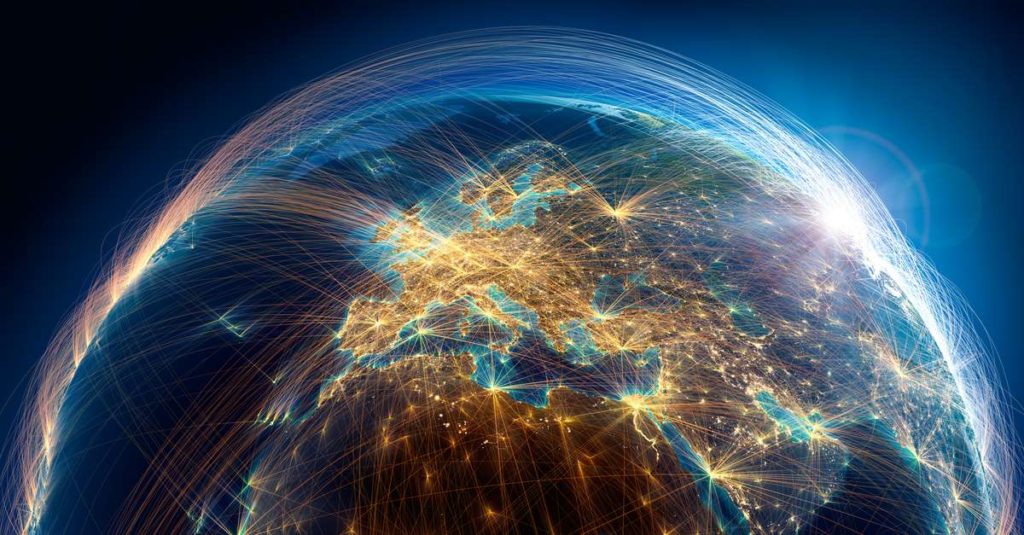 Virus biology forces us to think local, not global. Let’s not go back.

Unless you have been declared an essential service, you’re at home like me, perhaps feeling guilty about having a little more time than usual to think.

Most of us like staying busy and feeling useful. When a crisis hits the first instinct of many British Columbians is to ask how we can help. But in this case helping means staying away from this lethal virus — staying put and taking care of the basics.

Here’s where my mind has gone as I cook breakfast, walk the dog and help my youngest son with his homework: this has been a long time coming. The reason this pandemic is hitting so hard is because our systems are so fragile. We’ve put global profits ahead of the environment and local supply chains we need to survive. Now, we’re stuck in our homes watching as a wave that’s been building for decades breaks over us.

When we come out, the world will not be the same.

Ultimately, that’s a good thing. Globalism has given us endless economic growth, borderless trade and corporations more powerful than governments. Dialing that back creates space for a rethink. And hopefully it sparks the resourcefulness we’ll need as the next big crisis hits British Columbia.

Rediscovering the spirit and resiliency that got us through the war years, and coming to appreciate that within our borders are cultures and systems of governance that know precisely how to live in our unique geography, will remind us we have the tools we need to be better global citizens right here in B.C.

This can be a powerful opportunity to learn. We can begin with an honest assessment about why we failed to defend ourselves from this viral threat. And a warning: the forces of global capital will muster everything they have to return us to the status quo that created this mess in the first place. We need to be ready to fight back.

What borders are for

When China locked down Wuhan — a city bigger than New York or London — that should have been all the information we needed to suspend international flights. Doing so would have seriously lengthened the timeline between the Wuhan outbreak and its eventual arrival in Canada. In that time we could have manufactured medical equipment, built up stockpiles and delivered unequivocal instructions about what people needed to do to prepare.

So why didn’t we?

The short answer is because Canada’s government is a cheerleader for global corporations, which were unwilling to disrupt the flow of goods and people.

As a member of the World Health Organization, our public health officials take their cues from the WHO. But as the virus gathered steam, the WHO sought to curry favour with Beijing instead of daylighting how Chinese officials were hiding the outbreak. This limited our understanding of the virus’s lethality and speed.

At the same time, our infectious disease specialists were projecting far too much optimism. On January 21 Dr. Allison McGeer, Professor of Public Health Sciences was asked on CBC’s The Current whether we had learned the lessons from SARS. She almost laughed the question off. She said Canada “was way ahead of the game.”

To its credit, once China’s government realized the cat was out of the bag, it acted rapidly to implement data-driven policy. While scholars debated whether such sweeping lockdowns were legal, China managed to block the spread of the coronavirus within its borders. People in other countries then began to ask the obvious.

.@MarcGarneau – I’m trying to understand why flights from China continue into Canada uninterrupted when more people in that country are quarantined than live in western Canada. https://t.co/VRLUGS6TGI

Patty Hajdu, Minister of Health, had this to say on February 3: “Certainly we know that the evidence suggests actually the opposite. That in fact by closing down borders it’s much harder to detect where someone is coming from.”

Huh? Instead of using the border for its intended purpose — controlling the flow of goods and people — our federal government told us we’d be kept safe through airport screening. That policy decision cost lives.

My daughter flew home from an early centre of the North American outbreak, San Francisco, on March 17. When she arrived, nobody checked her temperature. Nobody ordered her into quarantine. Nobody even asked her how she felt. Instead, they tacked a couple questions on the end of her customs declaration form and gave her a brochure.

That same day a public health emergency was declared in B.C. The instructions were clear: keep your distance and stay inside. For good reason. It turns out we weren’t “way ahead of the game.” We didn’t have enough masks or ventilators. Unless people complied with Dr. Bonnie Henry’s orders, we were on track for the same surge that cratered Italy’s healthcare system.

However, those rules only applied to you and me. Global investors, oil companies and engineering firms decided they couldn’t afford the same delays facing the rest of B.C.’s businesses. So for the Coastal Gaslink pipeline, the Site C dam and the Trans Mountain oil tanker expansion, construction was declared essential — and social distancing rules clearly optional.

It wasn’t just megaprojects. My older son is in his final year as an electrical apprentice. When COVID-19 broke out, he listened to Dr. Henry and weighed his situation. He was living in a basement suite full of roommates. He carpooled to work. He has elderly grandparents. He called his boss and said “Lay me off. I’m a transmission risk to my roommates, my family and fellow commuters.” Then he applied for Canada’s Emergency Response Benefit and hunkered down.

Not long after, his boss called him to rescind the layoff. My son had been declared an essential worker. The investors behind the project — a hotel in Tsawwassen — decided they needed it built.

We’re still flying workers into crowded work camps in remote communities. We’re still paying people to build a pipeline for oil worth three dollars a barrel. Why? Because with the service economy shut down, raw resource extraction is one of the few things we have left.

In the past decades Canadian politicians watched as factories shut down, replaced by call centres and app-based meal delivery jobs. We geared our foreign policy to straddle a middle road between the superpower of yesterday, America, and the superpower of tomorrow, China. With our manufacturing base hollowed out, we relied on global supply chains to deliver basic necessities. Our resulting vulnerabilities are now exposed.

Take the case of the Harmac Pulp Mill in Nanaimo. We produce material critical to the production of Personal Protective Equipment used extensively by US manufacturers – yet, we’re one presidential order away from being denied access to the masks and gowns nurses, doctors and store clerks need to keep themselves safe. You know, the people presently keeping us alive?

Not to worry, Huawei Technologies is offering to “donate” millions of N95 masks to Canadian hospitals. The same state-controlled company is vying to build a 5G network across Canada, which many fear will give the Chinese government even more spying powers. It’s a stomach-churning moment of COVID diplomacy.

A few weeks back, the B.C. Government took over the management of key supply chains — because they don’t know what’s at the end of them. As Richmond councillor and Agricultural Land Reserve hero Harold Steeves points out, “California has been hit with a major drought because of climate change and then the coronavirus […] We have no idea how it’s going to affect the food supply in B.C.”

The pandemic is showing us the dark side of a global economy.  The unrestricted movement of money, goods and people was a nice idea. As it turns out, viruses like this paradigm too. It allows them to have breakfast in Seoul and dinner in Milan.

Now is the time to fight for a different future

As my colleague Christina pointed out, COVID-19 feels like a test for a future we’re not prepared to deal with. And nobody wants to move back to ‘normal’ faster than powerful international companies and the politicians in their pockets.

For me, the direction we need to go has only become more clear in the last few weeks. We need a healthy environment for our own species to survive — that means ending habitat destruction and rapidly eliminating emissions.

The fact that we’re printing money as fast as we can as oil companies scream for a bailout? Those are the options on the table when the service economy nobody is using can’t export products nobody needs.

We must do better.

One root cause of COVID-19 is habitat destruction. A good step would be to stop it. Boundaries between built environments and natural ecosystems must be respected. Planet-warming emissions that load the dice for future viral outbreaks must stay down. And it’s past time we rebalanced our economy to reflect the essential services delivered by blue-collar workers. After COVID, can anyone justify paying shelf-stockers less than stockbrokers?

Finally, we need to put public health ahead of politically-correct decision making. This starts with skepticism toward any information coming out of authoritarian states like China. There must be consequences for misleading the world about a pandemic that sickens millions and kills hundreds of thousands of people.

Am I optimistic we can do all of the above?

Yes. Let’s not forget we’re living side by side with Indigenous Nations who not only know how to survive but thrive on this land. Just before COVID-19 hit, our Local Power campaign began rolling out antidotes — shovel ready projects that can both put people to work quickly and foster economic independence and resilience. Let’s use the recovery from this pandemic to push these ideas forward.

Local economies can meet our needs better than global corporations or institutions. Let’s not forget this when our politicians try their damnedest to take us back to “business as usual”.

2 Responses to “Bending the curve”