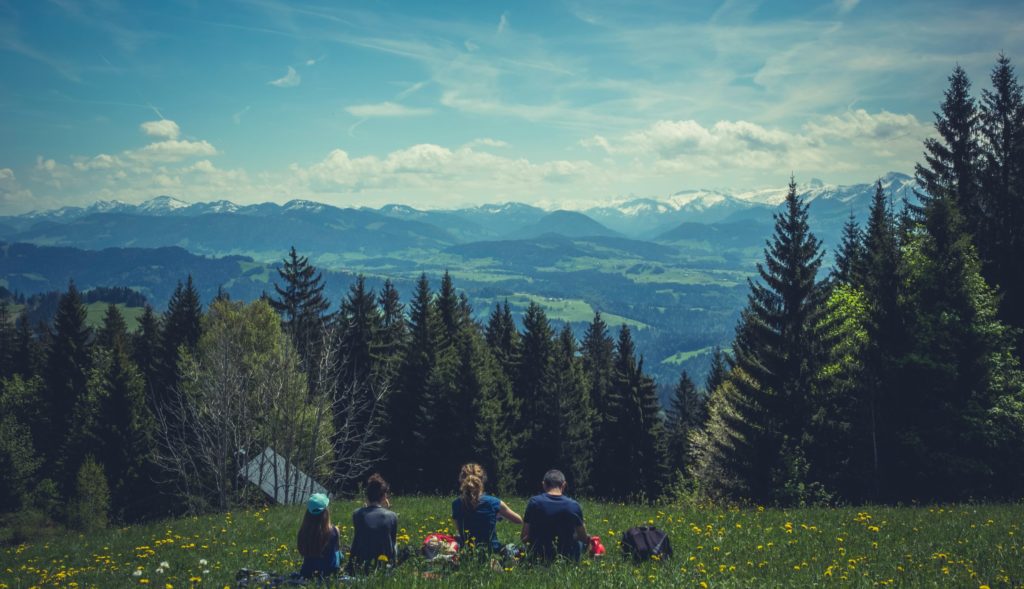 A virus has brought our economy to its knees. What happens when droughts, floods or wildfires add to the chaos?

In the face of a pandemic, it’s not surprising people hoard food and supplies. Combine lizard brain with Maslow’s basic need for security and you’ve got yourself a three hour line into Costco.

When I heard the government’s call to prep for at least 14 days at home, my first thought was to stock up on unpasteurized honey before it was all gone. It’s an embarrassing thing to admit — I have two small children, after all. Luckily I remembered to get them something to eat.

Even in a panic to secure my preferred tea sweetener, I reasoned with myself: it won’t sell out. Neither will all the produce. Or if it does, the stores will get more. Right?

But what happens when shortages are no longer temporary? Relief from climate change is not one delivery truck of supplies away. Two months without chocolate, wine or coffee is nothing compared to those things disappearing forever.

Right now people are worried about paying their rent and feeding their families, as they should be. But we’re all in for an even rougher ride in a not too distant future — what are we doing to plan for it?

I’ve seen shirts with ‘Panic at the Costco’ written on them, riffing off the band Panic at the Disco. It’s funny because it’s true. “Preppers” are finally feeling vindicated — everyone else is now in a mad dash for canned goods and chips.

All that to say: we’re not ready for global catastrophe.

Systems are being tested — the global food supply chain is a good example. The medical system another. My local grocery store was four days behind their usual delivery schedule. In that short time, and with an influx of customers, two thirds of the produce section was empty. And from what I’ve heard, it hasn’t recovered.

What happens when places like California and Mexico finally lose the battle for water? Avocados in December will be the first of many luxuries we can expect to give up, with necessities becoming scarce not long after.

Climate change is going to disrupt where we get our food, how often and what type — permanently.

Right now, sacrificing organic for non-organic apples is the least of our troubles if we think of how overrun our hospitals could be if coronavirus cases continue to climb. Who knew Canada only had 5,000 ventilators before the pandemic? Not me.

So what are we going to need to stock up on in the future to help the millions of people sick with climate-related disease? How many doctors, nurses, caretakers will be enough? These are scary things to think about. But we must.

Big Oil will not be the hero

Measures are being taken by Ottawa to keep our economy from collapse. That’s great. But the fact that we’re so close to facing a major meltdown after only a couple weeks of a crisis is pretty disappointing. Even more disheartening is the government’s plan for an oil industry bailout.

Over the past couple weeks I’ve been reading about crashing oil prices, billion-dollar aid packages and millions of people out of work across North America. Unless public money is going directly to industry workers out of a job, it’s likely to be lost forever as oil companies inevitably go bankrupt.

In reality, the timing is perfect for pulling the plug on oil companies — they’re sucking the life out of our economy. With global oil prices in the toilet and Canadian heavy crude hovering below $8 a barrel, those jobs aren’t coming back. What we can do instead is invest in renewable energy and an economy beyond fossil fuels, something we should have been doing all along. Well, now’s our chance.

Where in the past, the federal government defended the oil industry as a major source of jobs and revenue, that’s no longer the case. Keeping up the charade will mean certain death to Alberta’s economy and probably a pair of cement shoes for Canada’s as well.

It’s time to kick the tires on some new ideas. Where can we build our economy so it’s stronger rather than repeating the same old thing? Time to stop fossil fuel subsidies and start planning for the future, redirecting that money towards battening down the hatches for the next tidal wave we already know is on its way.

Looking out for your neighbour

When climate change makes food anxieties and shortages a long term problem, humans will naturally start putting their own needs first, some becoming opportunistic and greedy. Fist fights over bananas could actually be a thing. Is that the kind of world we want? Being intentional about building better and stronger relationships with each other starts now.

This is especially true for people already struggling to pay bills or make rent. They are the most vulnerable in times of crisis and therefore need the most support. They are also the most overlooked, exploited or in the jobs taken for granted (that is, until a global shut down proves just who keeps our world turning — looking at you, grocery store clerks).

They’re also usually the first to suffer consequences from disasters and the last to recover. Let’s do better than what we’ve done in the past. Governments should be planning ahead for people at risk when the next climate-based global disaster hits.

Handouts, deferrals and aid packages are important, but they’re reactionary and not as effective long term. When it comes to mitigating the fallout of a changing climate, short term solutions are like putting a bandaid on a broken arm.

We need premade, ready to roll out contingency plans from governments at all levels in order to soften the collisions to come — not a broom to sweep up the wreckage after the fact. And with a diversified economy that looks ahead rather than behind, we’ll have more stable ground to work from.

Ready for what’s to come

If we push people and governments now to learn from the COVID-19 crisis — to protect what we still have, reconfigure the systems we rely on, steer our economy toward the future and invest in community resilience — we’ll be better prepared for the scary climate catastrophes to come. We might even save wine. Please let there be wine…

9 Responses to “COVID-19 feels like a test. Are Canadians ready?”