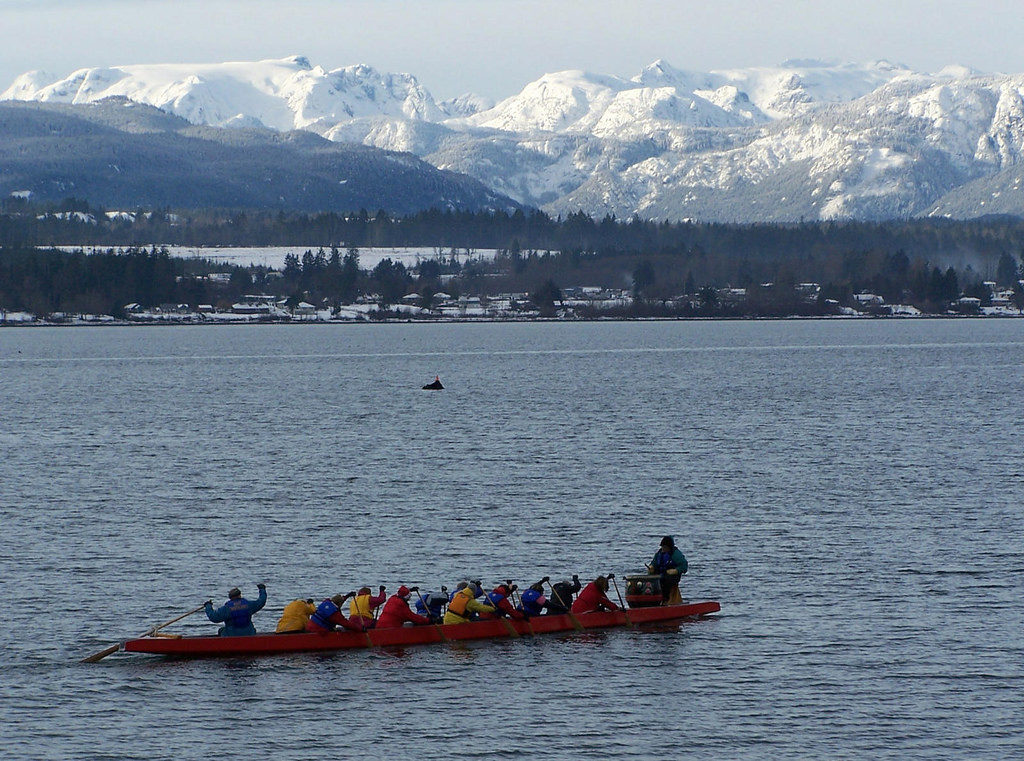 For a hot week of prime vacation time, July 14-21 was abnormally busy in the riding of Comox Valley as local residents joined organizers from Dogwood and LeadNow for well-attended council meetings to showcase how much influence Alberta money has in local B.C. politics.

Picture, if you will, this imaginary scenario: you live in a quaint ski town in a steep-sided mountain valley. The federal government decides it wants to build a road across the hillsides above your town to connect a couple of ski villages together. The road would de-stabilize those steep slopes, dramatically increasing the likelihood of a major avalanche – an avalanche that would irrevocably alter your town’s identity. Residents are rightly concerned and they appeal to the mayor for help. Hearing their concerns, can you imagine the mayor of this fictitious town saying to the residents: “Unfortunately there’s nothing we can do. The road is outside of our jurisdiction.”

Well folks, that’s pretty much what happened in Comox and Courtenay this week.

What I consider to be worse than actually doing nothing, the majority of councillors voted against listening to residents’ concerns about the negative consequences projects like Enbridge’s Northern Gateway and Kinder Morgan’s Trans Mountain pipeline expansion would have on the seaside communities of Courtenay and Comox.

So, what exactly went down in the Comox Valley and what can we learn from this experience?

Local residents proposed councils adopt motions opposing pipeline and oil tanker expansion in B.C. similar to those adopted by 35 other B.C. municipal governments or entities. Concerned residents took special care to highlight the coastal jobs at risk: in the Comox Valley there are major aquaculture ventures, commercial prawn and salmon fleets, one of the fastest growing retirement communities on Vancouver Island and hundreds of direct jobs in coastal tourism. If you add it all up it amounts to millions of dollars in locally generated annual wages and tax revenues. Why risk all of that for… well, for what exactly?

Due to ideological majorities we didn’t expect to win, but we at least expected to have a discussion to find out where our representatives stand. In Cumberland on July 14, that’s exactly what residents got: a local teacher presented the motion and councillors voiced their thoughts.

“What I really like is the resolution actually encourages Canada to enhance job creation within our own country,” councillor Greening said. “When you just export everything including jobs, logs and oil, you’re actually being not a real country.” So it came as a bit of shock when first Comox and then Courtenay prevented resolutions from even reaching the table.

Despite more than 130 people attending the packed council sessions, Courtenay Mayor Larry Jangula said it was “not within Courtenay council’s mandate.” Mayor Paul Ives from the Town of Comox said, “My concern is if council considers matters outside the jurisdiction of the town… I’m not sure what role that serves.”

I learned three things this summer:

Last week’s snub resulted in the formation of local candidate selection committees to find people to run in the November municipal election who are willing to stand up for our coastal economy. Comox Valley residents have their work cut out for them, but victory is entirely feasible.

The margin of victory in Courtenay’s last mayoral race was 77 votes. Comox? Just 54.

Number of Courtenay and Comox residents in the Dogwood network who are opposed to the expansion of oil tanker traffic? 1,813.

When elected officials refuse to get out of their chairs to vote, it sends a message – and that message has been heard in Comox Valley.

Everyday people are now standing up. And there’s a lot of us.