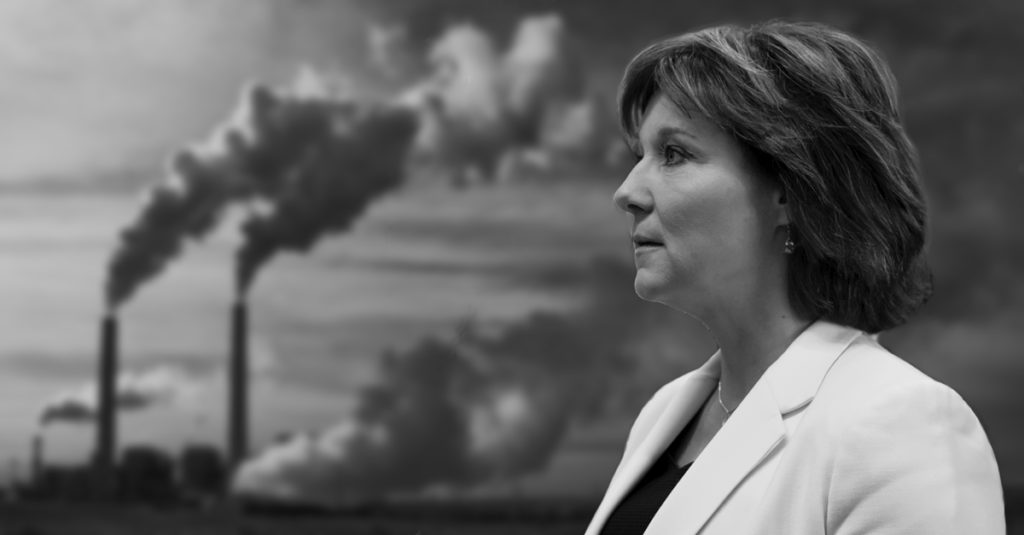 Liberal leader promises bold action on carbon pricing. Will she follow through?

Christy Clark ratchets up her last-minute war on thermal coal, vowing to impose a carbon price at the B.C. border so punitive that shipments from the U.S. and prairie provinces would dry up overnight.

In a news release May 2, the BC Liberal party promised “all thermal coal shipped to B.C. terminals [will be] subject to a carbon price – approximately $70 per tonne – that reflects the greenhouse gas emissions caused by the extraction, processing, transportation and combustion of thermal coal through a BC terminal.”

Yep, you read that right. Clark aims to apply a carbon price to the combustion of a fossil fuel outside of B.C.

This is an unprecedented move. It’s not at all customary to put a price on a product burned outside of one’s borders — most governments would argue that coal, once exported, is “no longer in our jurisdiction”. Of course, B.C. still feels the impacts of the climate pollution created when coal and other fossil fuels are burned, but we pretend our hands are clean.

If this actually happens, it would be great news for the global climate. Not only would a $70 per tonne price choke off thermal coal exports from North America, it would set a precedent for pricing the combustion of all fossil fuels, even if they’re burned overseas.

Our friend Kathryn Harrison cites the Know your Oil report, which estimates life cycle emissions (production, transport, refining, combustion) of various Canadian heavy oil crudes from 700-800 kg CO2/ barrel. “At the midpoint, if the price was $70/tonne, that would add $52.5 to the price of a barrel of oil, essentially doubling the price,” professor Harrison wrote on Facebook.

Alberta heavy crude is currently selling for less than $40 USD per barrel. Applied to bitumen, Clark’s carbon price would make it pointless for a company like Kinder Morgan to ship this high-carbon, low-value crude across B.C.

Is Clark serious about climate?

If we believe the Premier will follow through on her thermal coal threat, that places her at the forefront of aggressive climate policy world-wide. It also opens an opportunity for British Columbians to call for the same scheme to apply to bitumen or, for that matter, fracked gas in an LNG tanker bound for Asia.

But there are signs Clark’s climate conversion is more politics than principle.

Consider the lack of action this government has taken to stop thermal coal in recent years, despite receiving the pleas of tens of thousands of B.C. voters, regional health authorities and dozens of municipalities. If the BC Liberals cared about coal and its terrible pollution, they could have intervened to stop this filthy fuel in its tracks long before this election campaign began.

Regardless of the election outcome, that federal court case will be heard May 17.

Meanwhile, Clark continues to champion the multi-billion dollar Massey Bridge proposal, which is only necessary if you want to move bigger ships up the Fraser River to new gas and coal ports. That’s why the Port lobbied her government to build the bridge in the first place.

It’s also odd that Clark insists on calling B.C. metallurgical coal “clean coal,” while exempting it from her punitive new carbon tax. The emissions from both types of coal are comparable when burned. She’s continued to freeze the existing B.C. carbon tax. A true climate leader would not refer to any kind of coal as “clean”. In fact, when Clark puts it that way, she sounds a lot like the American president she is supposedly standing up to.

Where does the Opposition stand?

To learn about the BC NDP’s position I spoke to George Heyman, the party’s environment critic. Heyman says an NDP government “will demand the Port of Vancouver and the Federal Government conduct comprehensive, independent, science-based health assessments on new coal projects, including the Fraser Surrey Docks project,” to ensure that communities are protected from these hazardous exports.

Coal is a dying industry. Taking steps to financially disincentivize the burning of coal is a smart political move, with more winners than losers. But Clark’s promised carbon pricing structure is coming out of nowhere, amid a looming trade battle with the United States.

We need to know if she’s committed to following through outside of an election campaign — and whether she’s prepared to apply her $70 per tonne levy to other dirty fossil fuels.