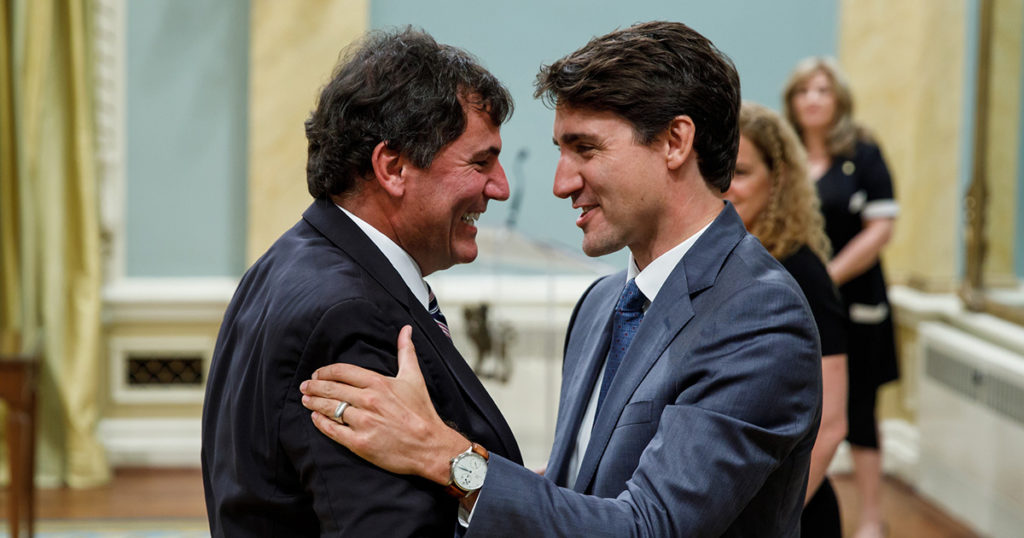 Clam scam casts a stink over other fishy decisions

Justin Trudeau’s greatest feat to date may be his rehabilitation of the Liberal Party brand. Gone is the grubby clique of old-money frat boys, robbing the Canadian taxpayer to line the pockets of their friends and political donors. Hello, hope and change.

But the old Liberal Party was never too deeply buried. Take Dominic LeBlanc.

Born in Ottawa to family friends of the Trudeaus, LeBlanc babysat his now-boss Justin at 24 Sussex. Like many politicians, LeBlanc is a lawyer. His dad was a member of parliament and later, the Governor General.

LeBlanc junior is in the news this week because he used his position as Minister of Fisheries, Oceans and the Canadian Coast Guard to enrich his wife’s cousin.

After a four month investigation, ethics commissioner Mario Dion ruled that LeBlanc broke the rules in awarding a commercial clam fishing licence worth up to $24 million to an operation managed by Gilles Thériault, the cousin in question.

Before you ask, yes, Gilles Thériault of Grand-Barachois, New Brunswick is a faithful donor to the Liberal Party and Dominic LeBlanc’s Beauséjour riding association.

Which other family is friends with Dominic LeBlanc, generous donors to the Liberal Party and to its Beauséjour riding association? The Irvings.

Descended from New Brunswick sawmill baron K.C. Irving, the billionaire Irving family is the third richest in Canada. They control more than 250 companies on the East Coast, spanning oil and gas, pulp and paper, media, retail and shipping.

One of those Irving companies, Atlantic Towing, recently won a $67-million contract from DFO to provide emergency towing services on the B.C. coast – despite a lack of expertise, vessels or operations in British Columbia.

There’s no evidence that their donations to Dominic LeBlanc influenced this contract. But the money is part of a longstanding, symbiotic friendship that could be a problem for a minister with poor judgement.

Atlantic Towing beat out a bid by Heiltsuk Horizon Maritime Services, a company formed by the Heiltsuk Nation in Bella Bella. Haíɫzaqv mariners have spent hundreds of generations of experience on the Central Coast. The community was also recently forced to respond to a shipping disaster, the sinking of the Nathan E. Stewart.

Dominic LeBlanc was shuffled out of his DFO portfolio shortly before the Irving contract was announced. But ClamScam, as it has been dubbed online, should prompt fresh scrutiny of other decisions that came across the ethically-challenged LeBlanc’s ministerial desk.

But Trudeau escaped any sanction for his free flight to the Aga Khan’s private island. And for his shellfish behaviour, LeBlanc won’t even get a slap on the wrist.

The worst that could happen to these guys is that voters start to notice a pattern – and remember why they tossed the Liberal Party out of office the last time.

Disclosure: the author’s partner is Haíɫzaqv and grew up in Bella Bella. The family would in no way benefit financially from a successful ship towing bid.