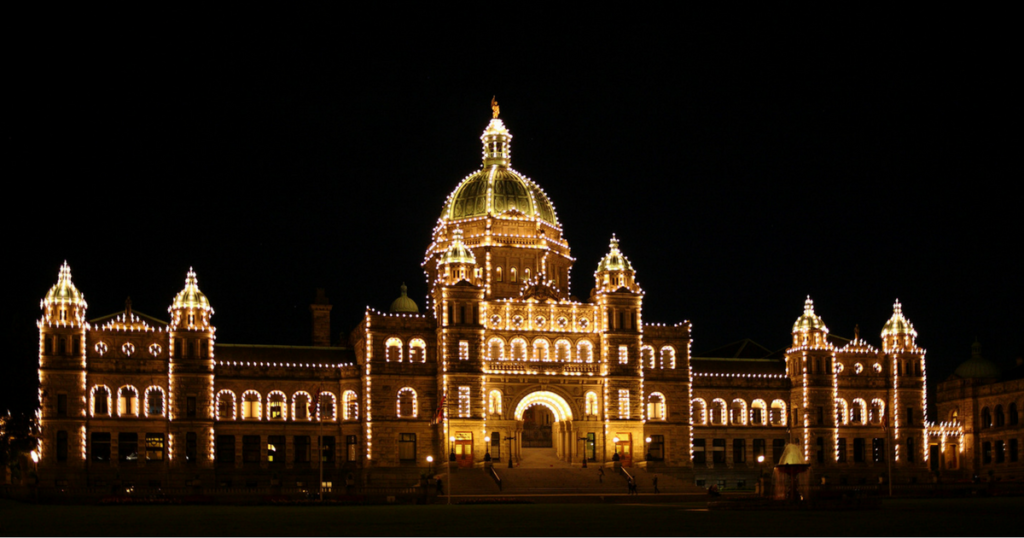 Chaos is a ladder

Political watchers wringing their hands over B.C.’s uncertain election outcome would do well to heed Lord Petyr Baelish on HBO’s Game of Thrones: “Chaos isn’t a pit. Chaos is a ladder.”

Under a minority government, a coalition or even a razor-thin majority, everyday British Columbians have far more influence than we are accustomed to in B.C. Thanks to years of organizing in key ridings, Dogwood and allies are poised to win a series of victories on campaigns that have been deadlocked for years.

Here’s how things could shake out depending on the final vote count, and the opportunities that come with each scenario.

The Liberals are just nine votes behind the NDP in the pivotal battleground of Courtenay-Comox. Absentee ballots and judicial recounts could hand the Liberals 44 seats – the bare minimum for a majority – or perhaps 45.

This is a good outcome if you like government to be collaborative and accountable. A majority that narrow would require the Liberals to have every single MLA whipped and in their seats for every important vote. The government could literally fall if someone took too long in the bathroom.

To avoid that constant existential peril, the Liberals would have to craft legislation with cross-partisan appeal. They would have a strong incentive to work with the Green caucus – and on some issues, the NDP. First up? Banning Big Money in politics.

Campaign finance reform is the number one priority of both the Greens and NDP, because it’s the only way they can level the playing field for future elections. But even Liberal insiders know it’s time to go cold turkey on corporate cash.

The RCMP is still investigating party fundraising – meaning arrests and charges could land any day. The ruling party badly needs to turn over a new leaf and try to rehabilitate its image before it next faces the electorate.

The Liberals also have enough cash on hand to fight the next election, even if they weaned themselves off corporate donations tomorrow. The opposition parties do not.

So, expect Christy Clark to pivot on campaign financing very soon. The job of citizen watchdogs will be to ensure the legislation that comes forward is strong and effective. If we are successful, this will change the B.C. political landscape forever.

Next is phasing out U.S. thermal coal. After surprising everyone during the campaign with a hard stance against the world’s filthiest fuel, Clark reiterated her plan after the election to close the West Coast to U.S. thermal coal exports. It’s a move Dogwood applauds, given that we first put it on her desk two years ago.

This is also something the Green caucus already supports – and, with some coaxing from voters, so will the NDP. It would be a huge win for the climate, and for the B.C. communities who no longer have to breathe in coal dust or diesel fumes from Wyoming coal trains rumbling through in the middle of the night.

Dogwood’s allies are still fighting the Fraser Surrey Docks coal proposal in court next week – because we all recognize the need for political insurance. But a decisive win on our years-old Beyond Coal campaign is closer than ever.

What about Kinder Morgan? The Texas-based pipeline company funnelled hundreds of thousands of dollars to the BC Liberals (including some donations now being investigated by the police). When Christy Clark flip flopped and approved the massive oil tanker expansion in January, many of our supporters felt a surge of despair.

The reality is British Columbians and First Nations now have more opportunities than ever to stop this dangerous project.

Despite political support from Justin Trudeau and Christy Clark, Kinder Morgan is struggling to come up with the money to build the thing. The company can’t borrow the cash because it has terrible credit, and it failed to find a joint venture partner. It’s now putting the Trans Mountain expansion out to a public offering – essentially crowdfunding to build a pipeline.

Investors have a lot of places they can put their money. If they’re going to bet on Trans Mountain, they need to know it will get built. B.C.’s volatile political landscape makes Texas oil investors nervous, as it should thanks to years of organized opposition.

Even if the Liberals hang onto a majority, Kinder Morgan faces a June 30 deadline to decide whether to make a final investment decision. A ‘no’ from investors could delay the project indefinitely. A ‘yes’ will be met head-on with a Citizens’ Initiative – the same powerful direct democracy tool that killed the HST.

The day after the election, Dogwood met with First Nations partners to finalize legislation that would give the province the power to stop Kinder Morgan. If the company tries to put shovels in the ground, we will take that bill to the people with a massive summer petition drive.

Imagine being a premier with a one-seat majority, watching pipeline and oil tanker opponents organize in all 87 ridings across B.C. After defeating Kinder Morgan, that same army will be ready to get the vote out in the next election, too.

Meanwhile, don’t forget the 16 federal judicial reviews now pending against the project, plus the lawsuits challenging the province’s approval – any one of which could put the brakes on the Trans Mountain expansion.

No matter what Kinder Morgan tries to pull next, we’re confident we can stop them peacefully, legally and democratically – sealing the whole B.C. coast to crude oil tanker expansion.

A fragile Liberal minority would have even more incentive to find common cause with the Green caucus, handing South Island constituents enormous bargaining power. Because the Greens could withdraw their support at any moment, the Liberals would sequence their legislative agenda to deliver Green victories as early as possible.

That means victories not just on campaign finance and thermal coal, but the Liberals’ promised ban on trophy hunting for grizzly bears in the Great Bear Rainforest (a move the NDP would also support). NDP partisans might gripe about the Greens “propping up” a Liberal government, but their fundraisers would be secretly grateful. Neither opposition party wants to fight another election until they can raise the cash.

Some like to caricature Christy Clark as a right-wing ideologue, surrounded by Stephen Harper cronies and Fraser Institute trolls. The reality is she’s a political survivor, leading a fragile coalition funded largely by real estate and fossil fuel companies. With the influence of her corporate donors suddenly removed, voters might be surprised by the positions Clark is willing to take on different issues.

To stay in power, the most important thing for Clark is to keep the NDP and Greens from getting too cozy. That means stoking the age-old distrust between labour and environmentalists, and between rural and urban voters. In that sense, partisans currently sniping at each other about “vote splitting” or who’s a “fake progressive” are doing Clark’s work for her.

It’s still possible that absentee ballots could flip a couple seats, giving the NDP a razor-thin majority. Like the Liberals, they would have every incentive to work on issues the Greens could support – delivering wins on Ban Big Money and No Tankers, for a start.

With the influence of big unions removed from politics – and the affected ridings around Fraser Surrey Docks now held by the NDP – a win on the Beyond Coal campaign would be in reach too.

Even if the NDP finishes with fewer than 44 seats, the Greens may decide their future lies in forming a coalition with the New Democrats, rather than the BC Liberals, bringing down Christy Clark on a confidence vote and handing the Premier’s chair to John Horgan.

As with a Liberal minority, the NDP would have every reason to listen to their constituents and prioritize policies the Greens could support, to avoid facing another election before they can each replenish their war chest from individual donors.

Why the opposition may let Clark govern

It will seem counterintuitive to hardcore New Democrats who are hungry to govern after sixteen years on the opposition benches. But it may make more sense for the opposition parties to leave Christy Clark in the Premier’s chair for a year or eighteen months.

Partly so they can fundraise for the next election. But also so when British Columbians discover the larder is bare, the incumbent government can be held accountable.

BC Hydro, I suspect, is on more precarious financial footing than it would appear. ICBC too. British Columbians will not be happy when rates are hiked, fees raised or MSP cuts cancelled in order to fill fiscal holes created in the lead-up to the election.

Big capital projects will have to be re-costed. And the $9-billion boondoggle that is the Site C dam might make more sense to pause if BC Hydro is indeed broke.

Meanwhile, lawsuits and investigations will carry on. The government will have to defend itself in court on accusations that it raided the public piggy bank for partisan advertising – and approved Kinder Morgan in a conflict of interest. The RCMP’s probe of party fundraising will continue. In September, Liberal campaign manager Laura Miller will go to trial on criminal charges in Ontario.

Regardless of the seat count, the opposition should push hard for a Charbonneau-style public inquiry into the links between party fundraising and public spending. There are billions in infrastructure projects, tax breaks and government contracts that have been handed out to BC Liberal donors over the years. The public deserves to know how that money was spent.

Speaking of party fundraising, the local constituency associations will have to disclose the last four years of donations in less than 90 days. If my sources are correct, a lot of politically sensitive donations were routed through ridings and local candidates ahead of the election, concealing them from public scrutiny.

Only after those numbers come out will we have the full picture of who has been funding political parties in this province – and what they may have received in return.

Although the election didn’t go how Christy Clark would have liked, I think her campaign slogan still applies.

We have a lot to work on. The urban-rural divide reinforced by this election is a painful reality for people like me who have friends and family on both sides. And the total disengagement of a huge chunk of the electorate presents a big challenge for those of us who care about democracy.

The gap between rich and poor, the fragility of our housing market, the growing climate crisis and the overarching challenge of reconciliation with First Nations – these are issues that will take up the rest of our lives. We can’t wait for political parties to come up with the answers. It’s up to us to lead our leaders in the direction we need to go.

The good news is Dogwood’s network has the people and the smarts to make it happen. Now the post-election chaos has shown us a ladder out of the political pit.

For the first time in my lifetime, British Columbians have a chance to permanently shift power from international corporations to local voters. We have a chance to move away from the adversarial, zero-sum partisanship that has limited our democracy since its inception. And we have a clear pathway to win on common-sense issues blocked for years by a broken system.

We won’t let this opportunity slip away.

9 Responses to “Chaos is a ladder”