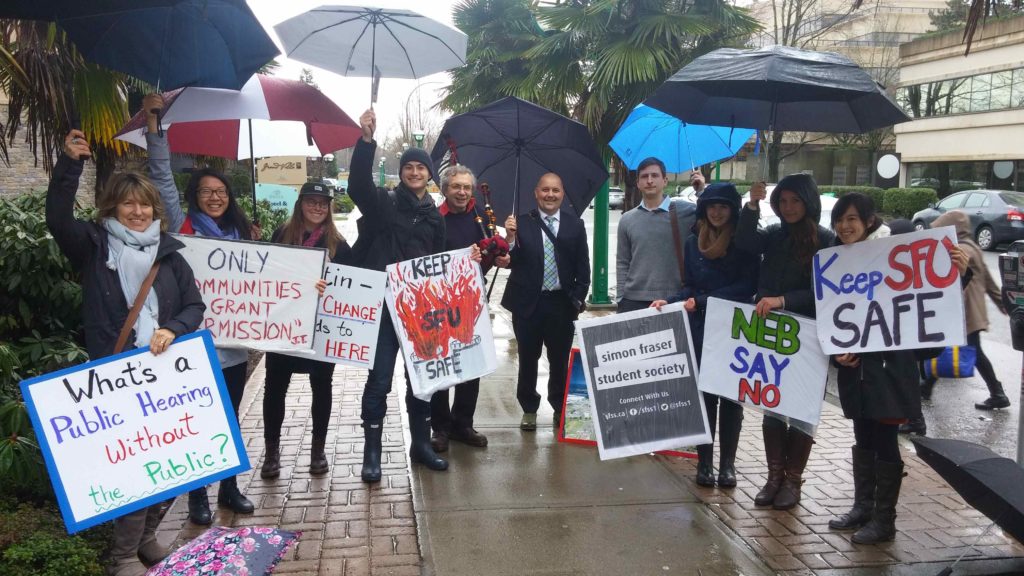 Celebrating our behind the scenes victories

How we continue to make a big difference in B.C.

What a whirlwind of a month. From candidate debates, canvassing and back-to-back get out the vote phone banking, to waiting weeks to hear the election results only to wait even longer to find out which two parties would be forming government. Our fingers were on the trigger to launch our Citizens’ Initiative and now, we’ve got not just one but two parties who’ve committed to putting people before big money. We’ve been through a lot, but thanks to our consistent effort we’re so close to making sure the Kinder Morgan pipeline never gets built.

Now that we seem to have an amicable government, many advocacy groups will be pushing for their issues to be at the front of the political agenda. More than ever, we need to make sure that our politicians follow through on their promises to stop Kinder Morgan, ban unlimited corporate and union donations, and put an end to thermal coal exports on our coast. We still have more work to do, but we also achieved so much. Let’s celebrate our victories in this election.

The impact we’ve had on electing politicians that stand up for this beautiful coast has been and continues to be monumental. In fact, because of the nature of our grassroots organizing, often the inspiring stories never quite make it to all of our teams. So, here are just some of the ways that we’ve made a difference.

Getting out the Vote

We had 71 election related events over the last two months across B.C. We made 36,564 phone calls to get out the vote. We had 13,576 live conversations with our supporters. We texted 63,000 people. That is powerful.

We made sure our supporters, those who want to stop Kinder Morgan, ban big money, and end thermal coal exports, showed up at their voting polls. We talked to people who weren’t sure who they were voting for or if they were voting. We helped British Columbians find their polling place and bring the right ID. And we know by how tight this election was that every vote counted — especially in those important ridings where anti-Kinder Morgan politicians were elected like Burnaby North, Coquitlam-Maillardville and Courtenay-Comox. In those ridings, our get out the vote conversations as a fraction of the margin that pro-tanker candidates lost were 35.4%, 15.3% and 5433% respectively. Not only that but in Maple Ridge-Mission, North Vancouver Lonsdale and Vancouver Fraserview where the get out the vote effort was strongest, the electoral race was also tightest. In the end, these ridings were where anti-Kinder Morgan candidates won. Every phone call we made could have made the difference in this election.

Our youngest caller yet, Rebecca in grade 9, had been looking for a way to make a difference for a while but hadn’t found a home in the environmental movement. She came to a South Vancouver team event her family member was hosting. She called for an hour and was such a pro. She had such a good time, she even committed to calling from home and to come to another event.

This story perfectly captures what Dogwood is to me. It’s a way to allow everyone, even those who can’t yet vote, to participate in making B.C. a better place. We are building a more democratically engaged populace that holds real live relationships at the base of bringing people together to make positive environmental change. Every single person that participates and every single action that is taken counts and for that I could not be more humbled by all the work you do.

Our supporters also paid for giant billboards in strategic locations to show politicians that we will stand up to the corruption of big money in politics. These billboards publicly called out Christy Clark and her spokesperson for corporate donations, naming it for what it truly is, “legalized bribery,” “a climate of corruption” and the sale of British Columbians’ right to a healthy democracy.

Our message was clear: if politicians refuse to ban big money, and let the oil lobby buy their pipeline approvals, we will make sure voters hear about it. We exposed this issue a year ago when we launched our Ban Big Money campaign and as a result it made headlines, becoming the election issue. We know it worked to sully the ethical reputations of politicians because those politicians called us out. But, while politicians like Andrew Wilkinson tried to drag Dogwood’s good name through the mud, we stood together and made our voices heard. (If you’re interested, you can listen to Wilkinson flip out at minute 18 on the Current.)

Backing up New MLAs to Keep Their Promises

Dogwood’s directors and some of the best lawyers in the province have been providing briefings to the incoming government about their legal options to stop Kinder Morgan. Meanwhile, our organizing teams are scheduling meetings all around B.C. with new MLAs to discuss just how much we stand behind them as they follow through on their promises. It just goes to show that we are working together to organize around the issues at every level of the organization. Sometimes that means that Dogwood doesn’t get it’s name broadcasted in the media, but that shows we are doing our job right; we build leadership amongst each other and that is much more powerful.

So, I just want to thank you all, from the bottom of my heart and from everyone here at Dogwood for all the organizing that you have done and that you continue to do in building a better B.C. I know the orcas and coastal waters would say just the same. We look forward to celebrating this very exciting time in B.C.’s history and continuing to work together to stop the Kinder Morgan pipeline, ban big money and end thermal coal exports.