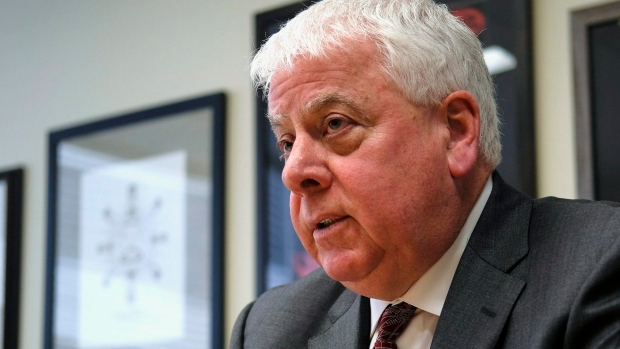 As Labour Day rolls around, young people across B.C. prepare for back-to-school season. But for students at Simon Fraser University, their journeys up Burnaby Mountain will be darkened by a new threat this September: Kinder Morgan’s plan to build new tank facilities right along their road up to campus.

Kinder Morgan’s plan is reckless for more reasons than you might think.

Firstly, the obvious, and most important — there is no excuse for building these toxic storage facilities so close to schools and neighbourhoods. As the Burnaby fire department reminds us, there is only one escape road off the mountain. If Kinder Morgan’s tank facilities ever blow up, every one of the tens of thousands of people on the mountain will have to remain there — trapped — while the disaster unfolds.

But there’s another reason Kinder Morgan’s construction plans are reckless. The company continues to reaffirm, as recently as last Friday, their commitment to get shovels in the ground this September. But the truth of the matter is they still don’t have the permits or authorization they need for their pipeline and oil tanker project, from any level of government.

First Nations who hold Rights and Title to the land Kinder Morgan wants to build through have not granted their consent. Many are going as far as challenging this project in court to defend their constitutionally-recognized rights. We won’t know until the Supreme Court rules on those cases whether Trudeau’s Kinder Morgan approval was consistent with Canada’s rule of law.

Meanwhile, B.C.’s government has announced that Kinder Morgan does not have provincial authorization to build on public lands. That means construction along the vast majority of the pipeline route is currently illegal.

Last, but not least, Kinder Morgan still doesn’t even have the go-ahead from their industry-captured regulators in Calgary. While the National Energy Board have approved Kinder Morgan’s project on the whole — and has now handed over the relevant permits for their Westridge Marine Terminal — they still have not approved the proposed pipeline route. And with hundreds of residents in Chilliwack alone determined to defend their community’s sole drinking water source, the detailed route process is sure to be a long one. The NEB says these route hearings are “expected to begin in the fall and last several months.”

In light of all this, I don’t know whether Kinder Morgan will dare begin building this fall.

But if they are foolhardy enough to try, my warning now is to investors: don’t buy their charade. Even if it doesn’t seem plain wrong to you to make money by putting the lives and safety of SFU students and community-members at risk, let’s try this tack.

Kinder Morgan appears to be fine squandering investor money for a construction photo-op. They don’t have permission to build on unceded territories or B.C. public lands. They don’t even have a pipeline route approved yet to get more diluted bitumen to their tank farm or marine terminal in Burnaby.

The Texan pipeline barons may be talking tough in this fall’s tanker project showdown. But here in B.C., we’re calling their bluff.