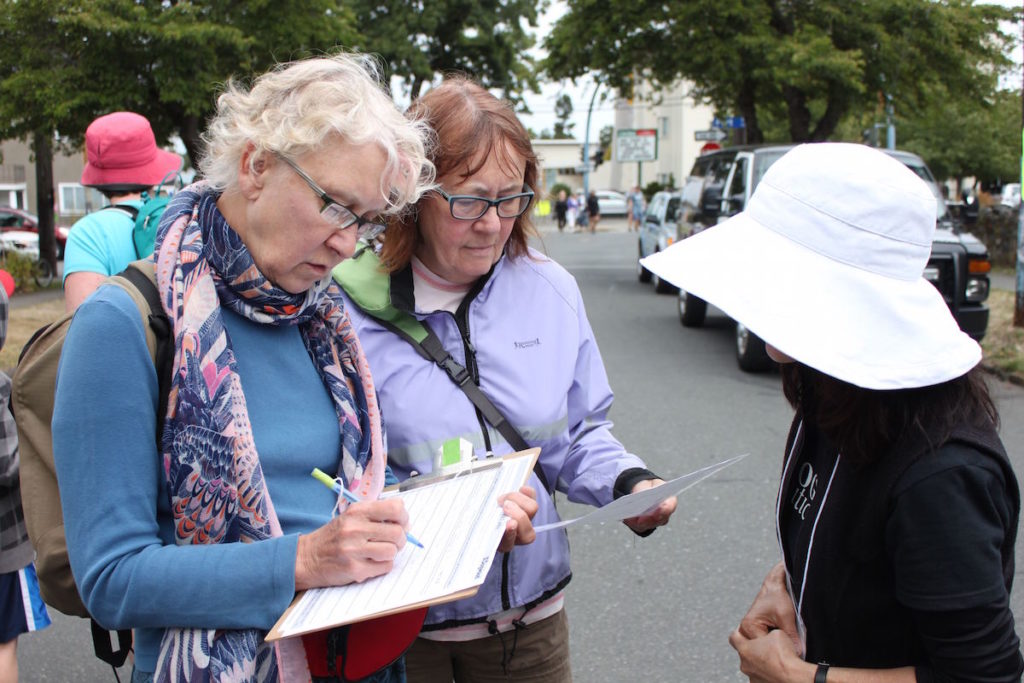 With a federal decision expected on Kinder Morgan in December, British Columbians petition in support of a citizens’ initiative.

BURNABY — Supporters of B.C.’s largest citizen group, Dogwood Initiative, will be knocking on doors this month in support of their Let BC Vote campaign in preparation for a province-wide citizens’ initiative on pipeline and tanker projects. The project of greatest concern to the group is Kinder Morgan’s proposed Trans Mountain pipeline and oil tanker expansion.

“Kinder Morgan’s project is expected to be approved by Prime Minister Trudeau in December,” explains Dogwood’s Director of Organizing, Laura Benson. “The citizens’ initiative is our democratic insurance policy. If Kinder Morgan is approved federally and provincially, it is a course of action British Columbians can take to protect our coast.”

B.C. has a unique law which allows citizens to introduce their own legislation, much like the HST campaign in 2011. To win a citizens’ initiative, Dogwood would have to sign up ten per cent of the electorate of each riding across the province.

“If every Dogwood supporter signed up just one friend, we’d have half a million people ready to stand up for B.C. — well on our way for a successful citizens’ initiative to overturn a Kinder Morgan approval,” says Benson.

Dogwood’s Knock the Block campaign is asking every Dogwood supporter to talk to their neighbours, friends and family members about pipeline and tanker projects in B.C. It will run throughout the month of October.

“Staff and board members have already started canvassing their neighbours and friends. I went out this weekend with my nine-year old son and we gathered 15 signatures in one hour,” says Benson.

More than 400 British Columbians have already signed up for the Knock the Block campaign.

Dogwood Initiative is B.C.’s largest citizen engagement organization with more than 250,000 supporters. The Let BC Vote campaign (www.LetBCvote.ca) calls for a citizens’ initiative on pipeline and tanker projects in B.C. Previous polling has found that two in three British Columbians oppose tanker traffic off of B.C.’s coast.

Knock the Block is a month-long campaign asking British Columbians to sign up their friends and neighbours to the Let BC Vote petition in support of the citizens’ initiative. Participants are encouraged to sign up at www.DogwoodBC.ca/knock-the-block and will be provided with training and resources.