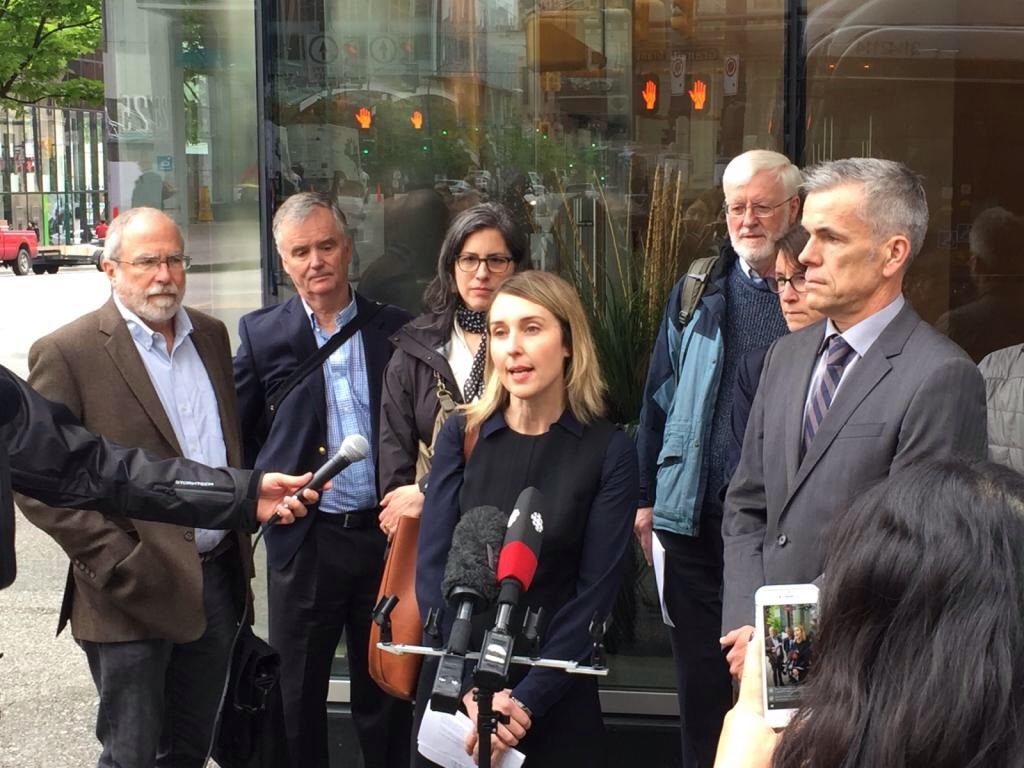 Bonus Bias at the Port of Vancouver

Would you trust a judge whose salary is paid by the accused?

Our partner groups Voters Taking Action on Climate Change and Communities and Coal are in court this week, arguing bias in the Port of Vancouver’s decision to approve the controversial Fraser Surrey Docks coal project.

Well, part of it comes down to the bonus pay given to executives at the unaccountable and unelected Port of Vancouver. The Port is a federal regulator –they both review and approve projects like Fraser Surrey Docks.

The Port CEO, Robin Silvester, and other executives earn bonuses based on Port performance, including expansion projects and new facilities to add cargo capacity, like the Fraser Surrey Docks coal project. In other words, they get paid based on their ability to get projects built. Yet, they are also in charge of reviewing and approving these same projects.

It’s another blatant conflict of interest here in the Wild West, where Big Money rules.

Remember Christy Clark’s $50,000 salary top up from Liberal donors? Well, the CEO of the Port’s top off is even more grotesque.

Silvester can receive bonuses up to 104 per cent of his salary — in other words, doubling his pay. Other members of the executive make huge bonuses based on a similar structure as well, but none are as large as Silvester’s. In 2014, his bonus would have maxed out at $405,804.

Before Port staff receive bonuses, the Port must generate a certain level of revenue. If the Port doesn’t meet a given threshold, bonuses are not paid.

Revenues from projects like FSD are thus critical for the financial success of the Port — and its executives. So of course it’s in their best interest to approve every project possible, even if those decisions are not in the public interest.

The Port and its executive, as well as other key staff, even make money once the projects are operational. Through fees and rents paid by port users to the Port, further bonuses are given and more money flows into the Port’s coffers.

Decision makers at the Port assess and approve projects that serve their personal financial interest, despite their mandate to operate within the best interests of all Canadians. They literally claim “supremacy” over B.C. lands and waters.

But some brave local people have had enough. They’re standing up to international corporations and the Port executives they pay, on behalf of all British Columbians. Thank you to Voters Taking Action on Climate Change, Communities and Coal, Ecojustice, and the Cities of Surrey and New Westminster for fighting for what’s right.

Until next time — see you in court, Silvester.

3 Responses to “Bonus Bias at the Port of Vancouver”