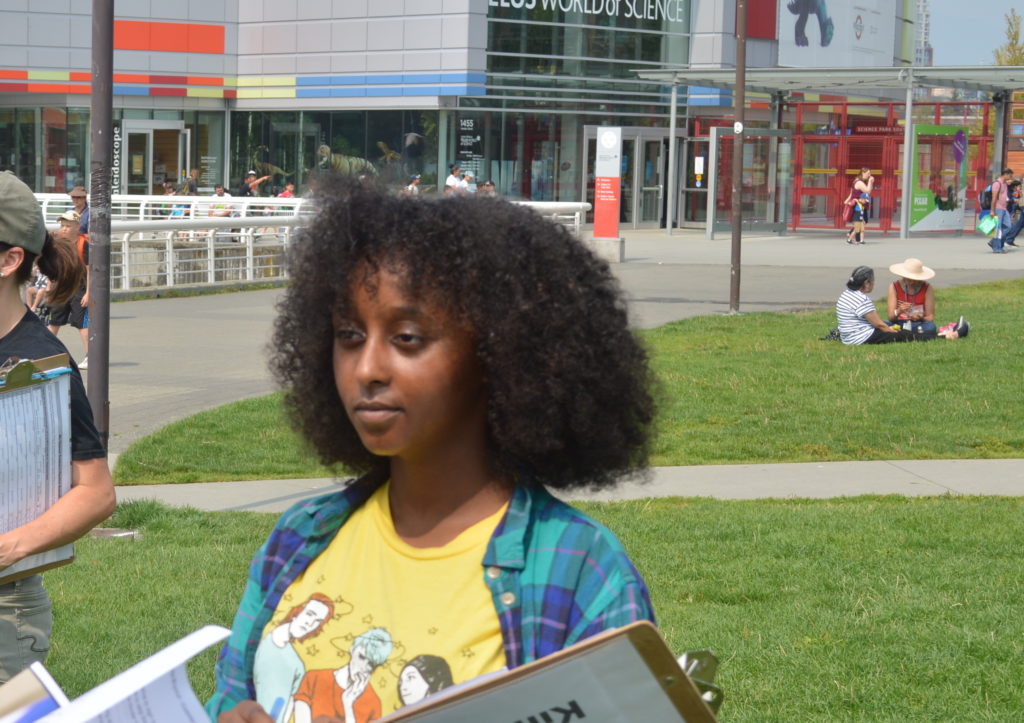 I have to start off and say I am a bit biased. I am black. That’s it.

I’ve grown up in Burnaby, went to Lochdale Community School and currently go to Burnaby North Secondary. During my time in the public education system, I haven’t gone a day without dealing with some form of racism. RCMP school liaison officials only contribute to that.

Whoever is reading this, I’d like you to think and ask yourself: Why wouldn’t I feel safe with a police officer protecting me? If you’re asking that question, you’ve been lucky to not live a part of my experience.

I have been privileged enough to have my parents shelter me from many experiences, but when Trayvon Martin died, my parents and I had the conversation that I could be killed simply because I am perceived as scary. I, a fourth grader, could be perceived as scary. Tamir Rice’s death only reminded me of that. My spark notes version of an education on Indigenous history didn’t tell me that the RCMP were meant to police native peoples.

Having officers that symbolize the oppression of people doesn’t follow the Burnaby schools’ code of conduct of supporting learning and personal safety.

I’ve met a couple of the liaison officers. I’ve heard why they joined the RCMP. But as long as they are wearing a uniform and are on Burnaby North’s property on the payroll of the RCMP, I will not stop being afraid of being seen as scary.

I know people who’ve been expelled or suspended for drug-related offences. Expulsion doesn’t solve any socioeconomic or personal issues. Having a best friend cop doesn’t scare people into never doing drugs again, or leaving a gang all the time. It puts most members of the school community on edge.

If the liaison officers leave, it’s not going to be a good idea to leave an empty hole, I agree with that statement. Replace them with more resources for safe school specialists and educate younger students on the consequences of gangs and gang violence. May I remind you: I was told I could be murdered for no reason at nine years old — so many other black children even younger.

I’m not saying law enforcement isn’t an ugly job, but I can say most kids can’t relate to 30-year-olds wearing bulletproof vests telling us to not do bad things. For those of us who lack role models, I want to say we can find them in educators or counsellors but Burnaby schools have a problem with racially insensitive and homophobic comments within their own staff.

During these uncertain times, I can say I’ve not been happy. As a black woman, as a student, and, at the end of the day, as a person. Going back to my half-empty classrooms, the last thing I want to see is a RCMP officer staring back at me.

If you feel reassured by a badge and a gun, that is a privilege that I wish I could have.