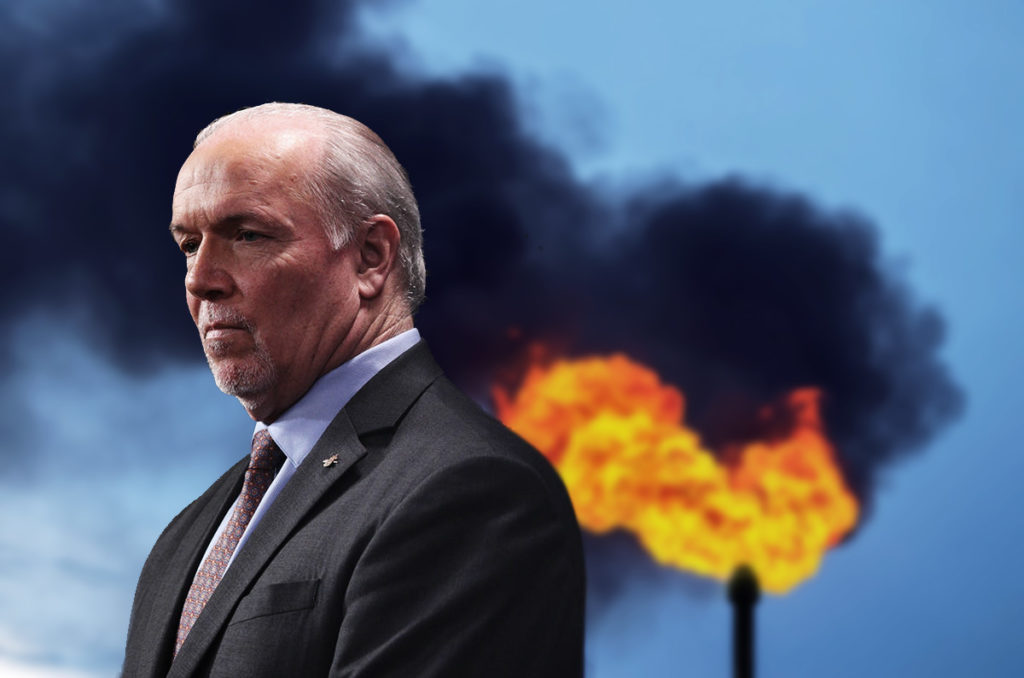 BC NDP supporters dismayed by growing oil and gas subsidies

Most BC NDP supporters are surprised to learn the Horgan government has increased oil and gas subsidies by 79 per cent since taking office. When these voters find out, they’re upset – even to the point of changing their vote or cancelling their donations. But the NDP can take comfort in the fact that general awareness of these growing subsidies remains low in B.C.

Nobody has released a scientific opinion poll recently on this issue that I’m aware of. These observations are gleaned from a mix of touch-tone and social media surveys, phone conversations with voters, e-mail responses and online chatter. Nonetheless, the data are consistent: people who self-identify as BC NDP supporters do not want their tax dollars funding climate change. Sooner or later, the party will have to reckon with this disconnect.

Dogwood matched the names of thousands of NDP donors (publicly available through election regulators) with landlines in the telephone book and sent them a pre-recorded touch-tone survey. 64 per cent of respondents said they “did not know that the BC NDP has expanded oil and gas subsidies”. But nine in 10 agreed “that money could be better spent supporting [oil and gas] workers to transition into other industries”.

61 per cent said they would consider “pausing their donations to the BC NDP until they stop giving public money to oil and gas companies”. One donor carbon-copied Dogwood on an e-mail to the BC NDP, writing “I have donated $250, and that is all for this year. Why? Because I am disappointed in this government’s support of the fossil fuel industry.”

NDP says it will review some subsidies

We sent the same telephone survey to thousands of Dogwood supporters who have self-identified over the years as NDP voters. The results were similar: 71 per cent did not realize the BC NDP has increased fossil fuel subsidies, while 90 per cent said the money could be better spent transitioning workers. Facebook surveys (which have a self-selected audience) are also delivering results above 90 per cent on the same question.

Despite this apparent consensus among progressive voters in B.C., and the strong ranking given to climate issues in polls about the election, the BC NDP won’t commit to reducing or cancelling subsidies to oil and gas companies.

“We have committed to put an environmental lens on all the oil and gas royalty credits, and take a good, hard comprehensive look at that,” said NDP environment minister George Heyman in a debate last week. Royalty credits are the biggest piece of the pie, but they still account for less than half the money our government gives to oil and gas companies every year.

Climate voters also point out that a review some time in the future does not match the urgency or boldness that the climate emergency demands of all governments. With B.C.’s greenhouse gas emissions still going up, the NDP government is spending twice as much on oil and gas subsides as its “Clean BC” climate plan.

This week Victoria city councillor Ben Isitt gave voice to the growing frustration of NDP voters who feel the party isn’t taking the climate crisis seriously. “I’ve voted orange [NDP] in every election, but this time around I’m aligning my ballot with the urgency of the climate and ecological crises,” Isitt wrote, adding that he was throwing his support behind Jenn Neilson, the Green candidate in Victoria-Beacon Hill.

Isitt is hardly alone. Every night, Dogwood volunteers helping to get out the vote run into past NDP supporters on the phones who say they are wrestling with whether to send the party a message on climate. But fears of vote-splitting are strong: one Angus Reid poll found more British Columbians are voting to block the party they don’t like, rather than support someone they truly believe in.

With hundreds of thousands of votes already in, all signs point to an NDP majority after the election wraps up Saturday. John Horgan seems unlikely to experience a last-minute conversion on climate action. But this issue is not going away for the NDP, as more and more British Columbians demand to know why they spend so much of our money on fracking and pipelines.