How far will the party go to suppress grassroots concern over fracking, pipelines?

It’s a simple question: if elected premier, when would you stop approving new oil and gas projects in British Columbia? Good luck getting David Eby, or any elected member of the BC NDP, to answer.

Hurricanes, floods, fires and drought are killing people and destroying communities in B.C. and around the world. Scientists and diplomats are begging rich, fossil-fuel extracting countries to stop making the situation worse.

But that’s exactly what the B.C. government is doing. The province has approved not one but four major gas export pipelines. We still give subsidies to foreign oil companies and rebates for gas appliances here at home. The industry plans thousands of new fracking wells in B.C.

Without a major shakeup, the NDP is on track to blow B.C.’s weak climate targets – and condemn people here and around the world to deep suffering.

Grassroots members of the governing BC NDP have been pushing for a debate on oil and gas expansion. But the party establishment keeps shutting them down. Meanwhile, Coastal GasLink pipeline crews have begun drilling under the sacred salmon river at the heart of Wet’suwet’en territory. 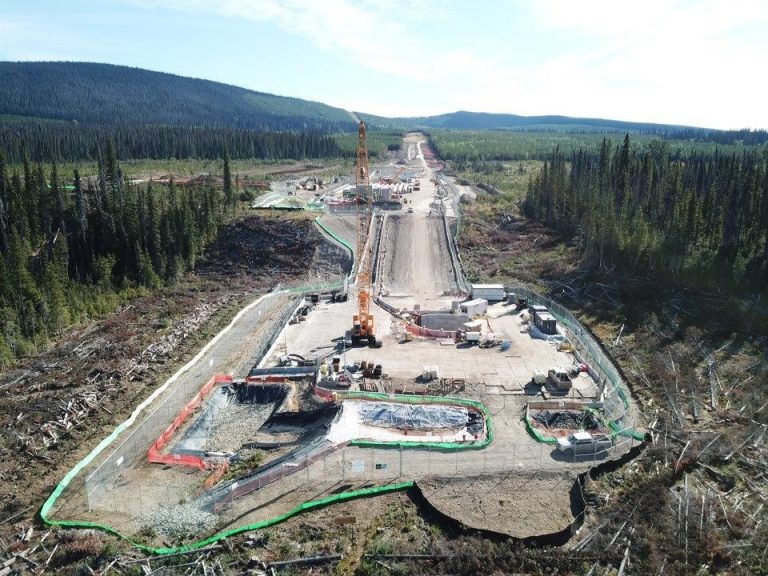 The TC Energy megaproject, guarded by heavily-armed RCMP troopers and swarms of private security contractors, is just the tip of the spear. Behind it, Enbridge and TC have three more pipelines lined up to punch through Wet’suwet’en and Gitxsan territory, if CGL can pave the way.

Alarmed by the government’s record on this and other issues, climate justice advocate Anjali Appadurai launched a bid for BC NDP leader. An estimated 10,000 members signed up to support her vision for a swift transition away from fossil fuels. Party favourite David Eby, who has run a low-profile campaign promising continuity with Premier John Horgan’s agenda, only managed to sign up 6,000.

Debates between the candidates are scheduled for early November. Eby would face off against Appadurai and Nlaka’pamux academic Cherry Smiley. This could finally offer grassroots members the public forum they’ve been waiting for. But pundits question whether the party will even let Appadurai take the stage.

It looks increasingly like party bigwigs are trying to torpedo the only candidate with a strong stance on climate, Anjali Appadurai – so they can install Eby as premier and continue the status quo.

What happened to the NDP?

The short answer is they won government in a province where powerful unelected interests have outsized influence over public policy. This has been the case since B.C. was claimed as a resource colony for the British Empire in 1858. But the power of the international oil and gas cartel is on a whole other level.

Earlier in their careers, many BC NDP MLAs made a name for themselves standing up to the fossil fuel industry. Nathan Cullen, Fin Donnelly and Murray Rankin once spoke with urgency and moral clarity as federal MPs. Niki Sharma was the Senior Oil & Gas campaigner at Stand.earth. The list goes on.

In opposition, Horgan’s New Democrats voted against Premier Christy Clark’s “sweetheart deal” for Royal Dutch Shell, Petronas and Petro China’s massive gas export terminal in Kitimat. But once elected, they offered the LNG Canada consortium an even sweeter deal. Clark praised them for the flip-flop.

Part of the problem is the power of corporate lobbyists. After Horgan became premier in 2017, oil and gas companies hired a slew of NDP insiders to lobby their old friends in government. As Attorney General, David Eby failed to close loopholes or force the corporations to disclose how much they spend on lobbying.

Those party insiders have a direct interest in continuing the buildout of fracking and pipeline infrastructure, no matter the consequences. And it’s many of the same lobbyists now demonizing Appadurai, grassroots NDP members and the broader climate justice movement.

The ugly world of party politics

Many of us came to the conclusion long ago that if British Columbians were to have any hope of checking the relentless power of the oil and gas industry, we would have to organize politically. That means encouraging people to get involved in things like regulatory hearings, elections and party democracy.

It’s also important to support the authority of Indigenous governments, and other forms of organizing – for example mutual aid for people facing climate disasters. But to have any hope of preventing even worse breakdown, we can’t avoid the political arena. If nobody is willing to engage with our flawed democratic institutions, the rich elites only deepen their control.

Dogwood has encouraged local people to get involved in grassroots politics and demand better from their politicians since 1999. We’ve never endorsed a party or a candidate, but we’re happy to point out a politician’s record – or celebrate when they stand up to corporate power.

Our stance on oil and gas expansion hasn’t changed. Years ago it was conservatives in power and conservative partisans angry at us for organizing to stop oil tanker projects. Now it’s New Democrats in power, pushing fracking and pipelines and attacking their critics.

The BC NDP is clearly struggling with the contradiction between its record in government and the values of many of the activists who make up the party. They can keep trying to dodge a public debate about fossil fuels and Indigenous rights. But as the climate emergency worsens, grassroots members will find new ways to force the issue. It might be better to have the conversation soon.