BC Liberals take coal cash, too

The dirtiest form of finance and fossil fuels: coal

BC Liberals take cash so wealthy stakeholders can secure a private audience with the Premier. Sleazy offshore investments are revealed by the Panama Papers. This is the world – or province – we’re living in.

Noting these recent developments, I too (like my colleague Dave) wanted to figure out if there was a trail of dollar bills blowing off the coal trains straight into the pockets of B.C. decision-makers.

After twenty minutes of research, I think it’s fair to say that yes indeed, there is some cash flow oozing down the tracks. Cha-ching!

Let’s look at the facts.

Arch Coal and Peabody Energy, the two biggest coal companies in the U.S., are in varying phases of bankruptcy. Montana’s Tongue River Railroad proposal to carry thermal coal from the Otter Creek Mine to exporting facilities on the west coast is now officially dead. And Gateway Pacific Terminals, the coal proposal at Cherry Point in Bellingham, was stopped in its tracks by the Army Corporation of Engineers, citing the Lummi Nation’s treaty fishing rights.

Clearly the global marketplace is not foreseeably profitable. So when the economic case for a coal export facility on the Fraser River is questionable at best, why is Fraser Surrey Docks’ proposal still moving forward? Is this another episode of the ‘Walking Dead’, with Fraser Surrey Docks playing the part of yet another zombie project with a questionable cause?

B.C. does not reap the benefits gleaned from a carbon tax on this American product – we only collect on B.C.-mined metallurgical coal — because apparently if the thermal coal isn’t burned or mined here, it’s not our problem. Coupled with the fact that very few jobs will be created and that coal dust causes serious health and environmental risks to the neighbourhoods it travels through, it makes you wonder why our province has never stepped in to defend us and demand credible health and environmental impact assessments. Why does the province continue to declare “It’s not our jurisdiction”?

I wonder if it’s because big money talks, once again robbing us of a meaningful say in projects that will compromise our health and safety.

So, who’s speaking the BC Liberal’s language of cash?

Burlington Northern Sante Fe, the Texas railroad company that hosts the coal trains’ route from the Powder River Basin coal deposit, has donated $10,500 to the BC Liberals since 2010. 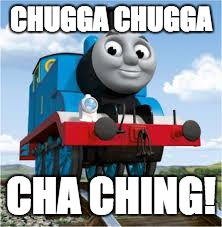 MacQuarie North America LTD, the Australian company that owns the coal port facility proponent Fraser Surrey Docks, has donated $24,540 to the BC Liberals since 2005.

And Fraser Surrey Docks is evidently ensuring their success through political donations and lobbying. Since 2012, they have given $13,950 to the BC Liberals, and when the B.C. Legislature was beginning to debate the Massey tunnel replacement, Fraser Surrey Docks (alongside the Port of Vancouver) lobbied extensively for the bridge replacement to allow bigger ships to traverse the Fraser River.

But Fraser Surrey Docks is not a partisan institution. In the run up to the 2013 election, they gave $1,400 to the BC NDP, presumably because conventional wisdom hinted the NDP would form government, even if the party leader kicked a dog in public (so much for that hypothesis). Like many others, Fraser Surrey Docks appeared to be securing their interests.

While Christy Clark claims donations cannot be linked to policy decisions, clearly coal companies think otherwise. They continue to invest in their own future, stealing the government’s attention from everyday British Columbians like you and I.

This is an important safety issue. Our communities have yet to receive credible health and environmental impact assessments for the Fraser Surrey Docks coal export facility. Our government can demand these from Fraser Surrey Docks, but have chosen not to thus far. 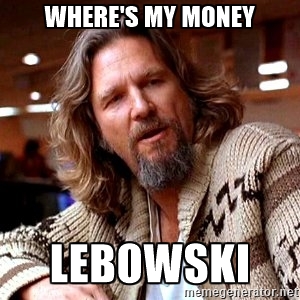 So, is there a price on the health of our families and the safety of our communities? Apparently there is. And, for Christy Clark, the dollars just keep rolling in.

What can you do to stop this? www.BanBigMoney.ca

2 Responses to “BC Liberals take coal cash, too”