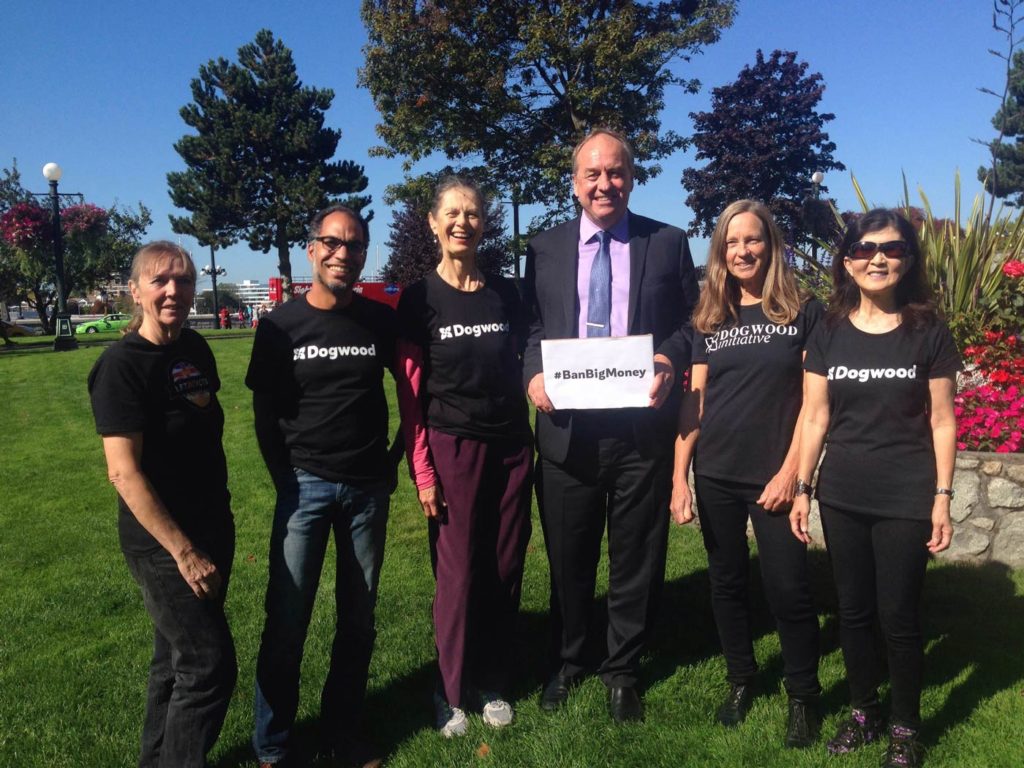 VICTORIA, B.C. — Dogwood is applauding today’s announcement by leader of the Green Party of British Columbia, Andrew Weaver, to abolish corporate and union donations for their party. With no legislation for political donations in B.C., the BC Green party is the first to commit to self-regulation on their donations.

“In British Columbia, politicians can take unlimited donations from corporations, from anywhere in the world,” says Lisa Sammartino, Dogwood’s communications coordinator, “It begs an important question, who are law-makers truly listening to, British Columbians or the industries who keep the party coffers full? This becomes especially concerning when you consider the salary top-up received by Premier Clark for her fundraising efforts.”

British Columbia is the last big province without limits on donation amounts. Any corporation or union can donate any amount from anywhere in the world. “Even in the U.S., where it is well known that political donations are out of control, American politicians are not allowed to accept out of country donations,” says Sammartino. “In B.C., politicians welcome it.”

Polling commissioned by Dogwood and conducted by Insights West has shown that an overwhelming majority of supporters from both the BC Liberals (81%) and the BC NDP (91%) also want an end to corporate, union and out of province donations before the next election.

Says Sammartino, “With the majority of British Columbians against this democracy-eroding practice, today’s announcement by the BC Green party shows that they are listening to voters in B.C. We continue to challenge the BC Liberals, BC NDP and BC Conservative parties to start making decisions that are truly based on the priorities of British Columbians.”

Dogwood (formerly Dogwood Initiative) is B.C.’s largest citizen group, with more than 250,000 supporters in the province and across Canada. Our mission is to bring together everyday British Columbians to reclaim power over our environment and democracy.

Dogwood’s Ban Big Money campaign was launched in response to the absence of legislation on political donations in British Columbia. In B.C., politicians can accept unlimited donations amounts from corporations, unions and wealthy individuals, from anywhere in the world. 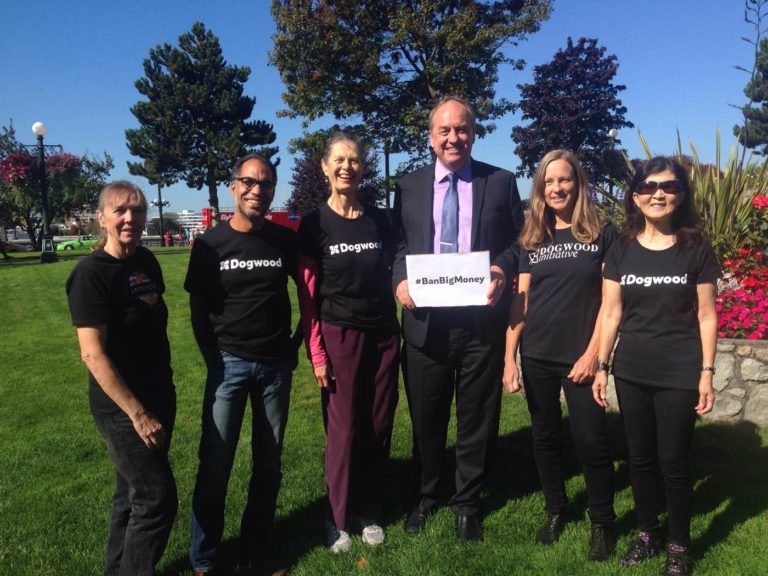