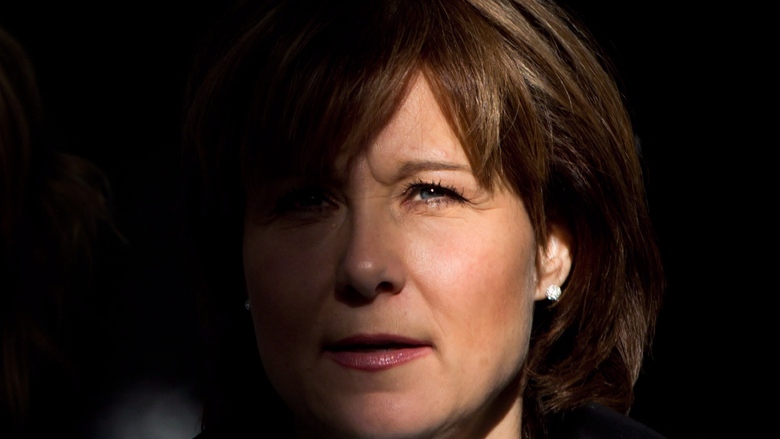 B.C. is overdue for a corruption inquiry

Heads rolled in the federal sponsorship scandal, and politics is better for it

Dinner parties with foreign billionaires, charter flights, private islands, selfies with Bono and Kevin Spacey  – it might sound like Lifestyles of the Rich and Famous, but to Canadians it hits a bit too close to home, or rather a bit too close to 24 Sussex, the home of Prime Minister Justin Trudeau.

In an effort to shake the controversy, Trudeau started off the new year on a cross-country tour of Canada (although he skipped out on talking to the people of B.C.). The trip was designed for the Prime Minister to connect with “real Canadians” in coffee shops and church basements across the country.

The Liberals hoped if the public saw the Prime Minister with his sleeves casually rolled up talking with everyday people, we would feel more connected to him and forgive him his membership in the one per cent. For this tour, Trudeau had, after all, forgone this year’s World Economic Forum in Davos, where the global elite — world leaders, rich people, celebrities and people who fall into all three categories — meet to discuss world affairs. (This is where Trudeau took the aforementioned Bono-Spacey selfie last year.)

But it hasn’t worked. “Real Canadians” are not so easily won over — in fact, Trudeau is less popular now than when he began his tour. Pipelines, Indigenous rights, the Pheonix pay system and refugees dominated the town hall topics, as did concerns about Trudeau’s fancy island getaway and his $1,500-a-plate, cash-for-access fundraisers.

We over here in B.C. are thinking “$1,500 fundraisers? I wish!” Because in our province there is no limit on political donations. Corporations, unions and out-of-province donors can give politicians large cheques and nobody bats an eye. This means British Columbia politicians are hosting $20,000 per plate cash-for-access fundraisers. Kinda makes $1,500 seem like chump change.

Trudeau has bowed to public pressure and pledged to introduce legislation to force political fundraisers out of private mansions and into publicly accessible venues. Meanwhile, Christy Clark continues on with her smokescreen plan, ferrying in donors to secret dinner parties in vans with tinted windows.

Why have the federal Liberals been dogged by this scandal while our provincial politicians continue on their merry way? Why are there limits on donations to federal parties, but not on their provincial counterparts? Both of these questions can be answered in a story — the Liberal sponsorship scandal.

After the 1995 referendum on Quebec separation, the Liberal-led federal government started a campaign to promote federalism in Quebec. It was an explicit attempt to bolster national pride in the divided province, with the added bonus of detracting attention from the Bloc and Parti Quebecois (because this is politics). In addition to promoting Canadian symbols in Quebec, which included buying a giant maple leaf-shaped hot air balloon, the program set up a fund to sponsor sporting and cultural events.

These sponsorships were set up by advertising agencies, which acted as intermediaries between government officials and the various events. The advertising agencies received a commission for setting these up and offered kickbacks to the Liberal party in exchange for the contract. In some cases, very little work was done by the agencies, if any.

This kickback scheme carried on for years, at a time when there were no rules about donations to federal political parties – politicians could accept unlimited amounts of money directly from corporations, making the scheme fairly profitable for both the federal Liberal Party and the advertising agencies themselves.

After the retirement of Prime Minister Chretien at the end of 2003, his successor Paul Martin bowed to opposition pressure and initiated the Gomery Inquiry to clear the air. The results of the inquiry stuck hard to the reputations of both Prime Ministers Chretien and Martin, who was the Finance Minister at the time of the scandal, as well as to the Liberal Party in general.

In the wake of the sponsorship scandal, the Liberal government put a cap of $5,000 on individual contributions and banned corporations and unions from donating to a political party – although they were able to donate up to $1,000 to a party’s individual candidate and their ridings association (but not to independents). It did, however, maintain that parties could receive a per-vote subsidy, so taxpayers were put on the hook to help political parties of all colours.

It was too little, too late. The Liberals lost the 2006 election to Stephen Harper, who further limited individual contributions to $1,000 and issued a total ban on corporate and union donations.

Since then, various changes have been made to the political financing system in Ottawa, including the removal of the per-vote subsidy and the incremental raising of the individual donation cap – it now sits at $1,550.

Will British Columbians demand their own inquiry?

The Liberal brand, while significantly rehabilitated by Justin Trudeau, is still tarnished by the memory of the sponsorship scandal. Canadians don’t like the idea of politically-connected elites playing with their tax dollars. Our Prime Minister’s silver-spoon image has made him vulnerable to the accusation that he is out of touch, or doesn’t know the value of a dollar.

Regardless of how many rolled-sleeved shirts he wears or church basements he visits, it is hard for Trudeau to shake his privileged upbringing, especially when he claims to be close personal friends with world leaders. “Real Canadians” are not besties with the Aga Khan or Fidel Castro.

Back to B.C. where we are still wishing for any sort of cap on donations, and our BC Liberal politicians’ response is to laugh at us. We have government decisions being made under the influence of political donations every day, like Kinder Morgan’s pipeline expansion and Pacific Northwest LNG. The difference is that here, our lawmakers say it’s legal.

Premier Clark needs to be careful. She has too many characteristics in common with world leaders who have been permanently branded as out-of-touch and ignorant of their own voters. Much like Trudeau’s sleeves, her signature hard hat won’t save her, or the BC Liberal brand, if that reputational damage starts to snowball.

What Clark should fear the most is a future government calling a Gomery-style judicial inquiry into her government’s fundraising practices. A lot of skeletons pile up in the closets — and behind tinted windows — after a party has been in power for 16 years. Letting them out could both cripple the BC Liberals’ fundraising prospects and damage the party’s brand for a long time.

Join our call for a Corruption Inquiry.

23 Responses to “B.C. is overdue for a corruption inquiry”