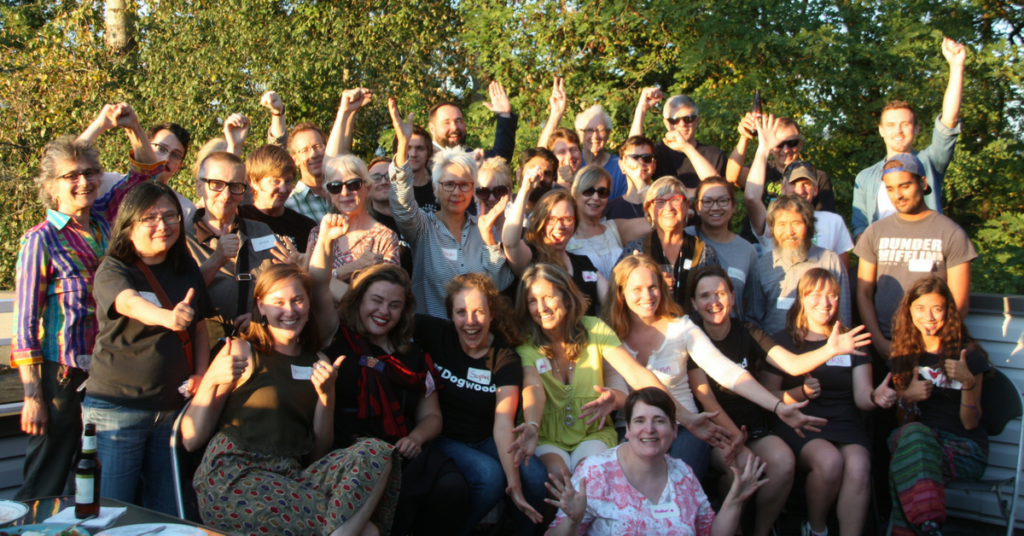 According to thousands of British Columbians, youth activism and Indigenous rights are in, oil companies and Justin Trudeau are out

It’s been four years since the first Dogwood supporter survey hit inboxes across B.C. What started as a “Hey, I wonder where Dogwood supporters’ heads are at? Let’s do a survey” has now become one of the most important e-mails we send out each year.

Even though not everyone fills out the survey (hey, people are busy — we get it), we know most folks like perusing the results. I know we do!

So, without further ado, here is what your fellow British Columbians had to say about important issues Canadians face and the Dogwood campaigns that tackle them.

What did our supporters say was the most concerning issue facing our nation? Surprise, surprise! Like most everyone else on the planet, the answer is climate change. A close second is weak environmental laws: the chicken to the climate change egg? You decide. Or we can just tell you: Yes. Yes it is. 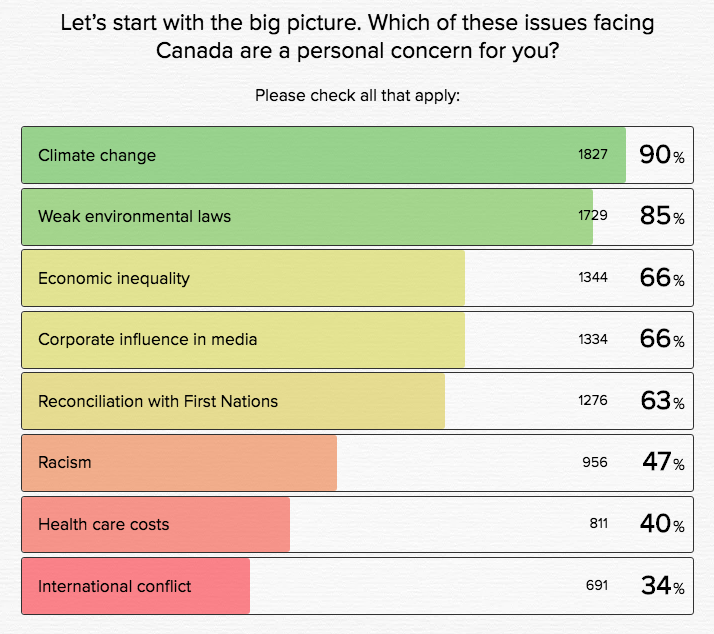 The answer to the same question, only this time homing in on British Columbia, is a bit more nuanced. The top concern in B.C. seems to be the impact climate change is having on our province. Fires, floods, that sort of thing. A lot of us are also worried about protecting fresh water, corruption and the cost of housing. Quite the grab bag of issues we have here in B.C. 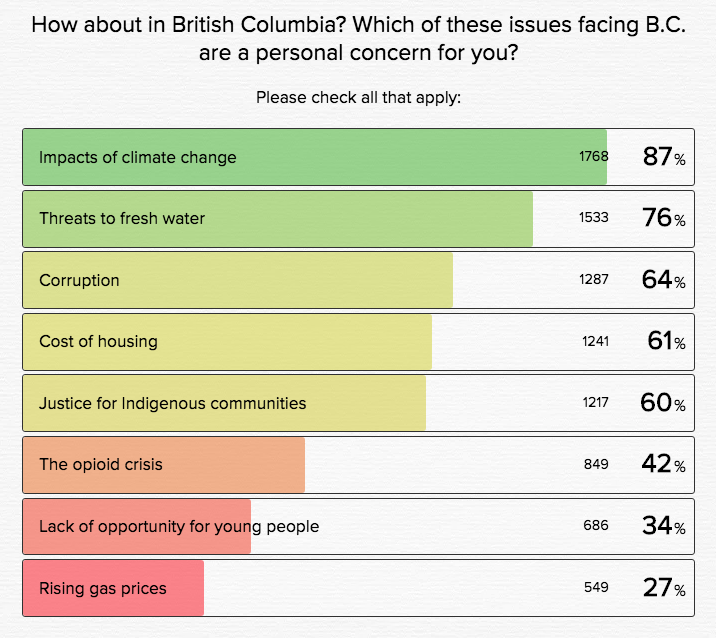 When asked about industry waste, not a big surprise most people believe in a ‘polluter pays’ system. There are a puzzling few who don’t mind our tax dollars being used to clean up someone else’s mess. If you’re one of those people, please call me. I have a kitchen floor that needs mopping… and I don’t wanna do it. 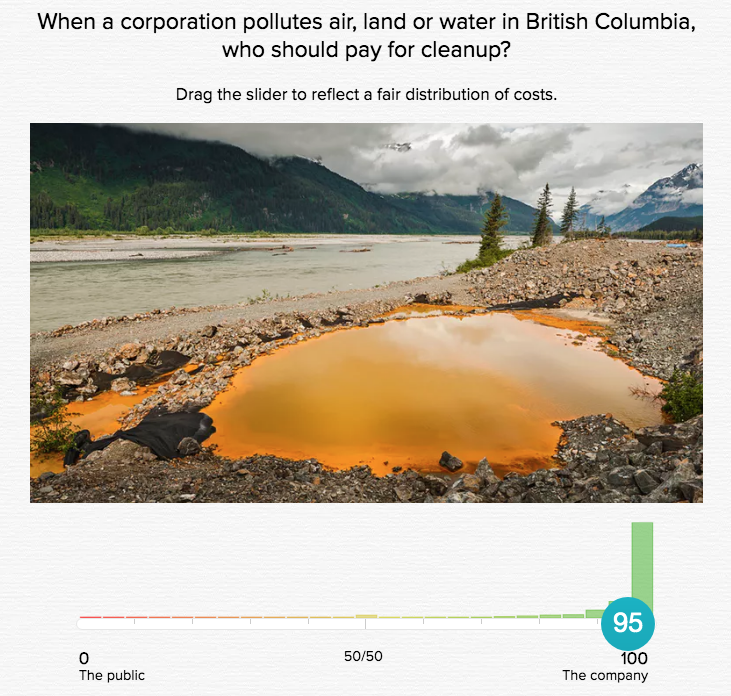 Should governments give our hard-earned tax dollars to oil and gas companies and their rich executives? Survey says?! No. 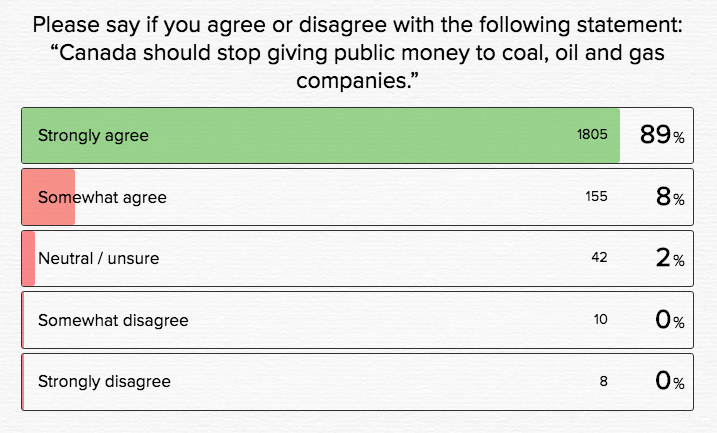 The majority of Dogwood folks believe in the principles of the UN Declaration on the Rights of Indigenous Peoples — that First Nations communities have a right to say no to resource extraction proposals on their land. 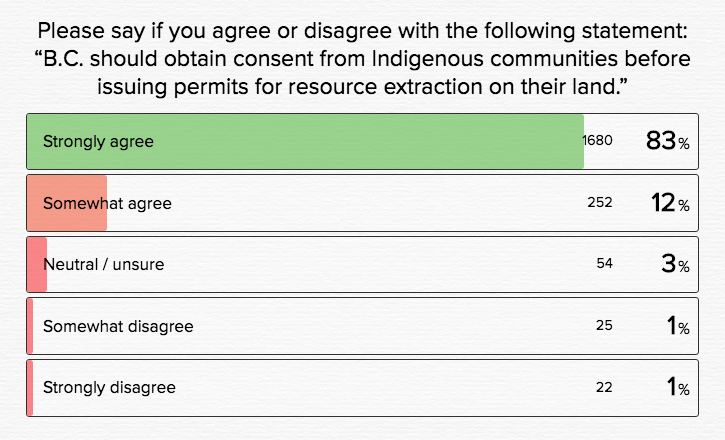 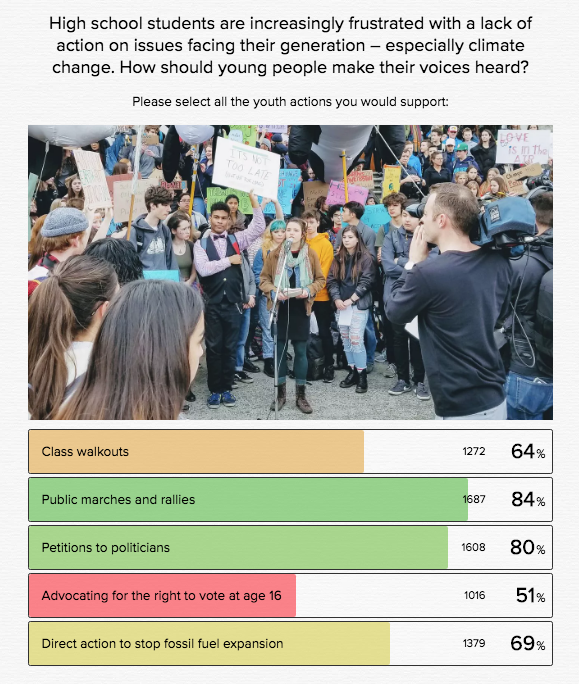 Dogwood supporters were asked which outcome for this fall’s federal election they would prefer, Justin Trudeau’s Liberals barely squeaked past last place’s Andrew Scheer and the Conservatives. Oof. One (or six) too many broken promises, eh? 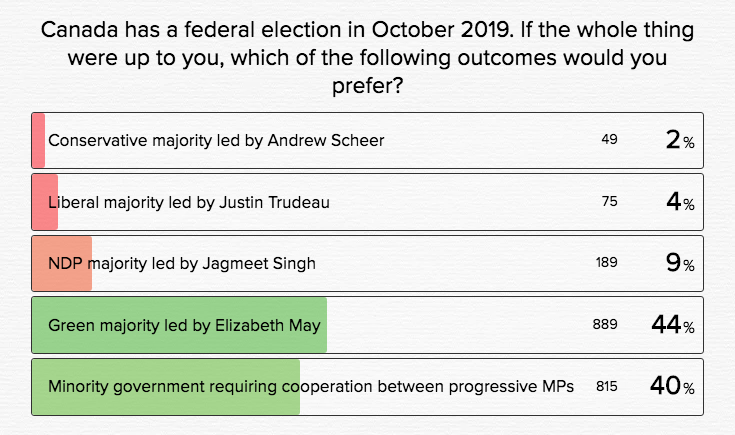 Breaking from the classic “polite Canadian” stereotype, the majority of survey takers think pushing politicians for bold climate action is preferable to staying quiet and hoping for the best. Now that’s what I’m talkin’ aboot! Sorry, that was cheesy. Sorry. Sorry. 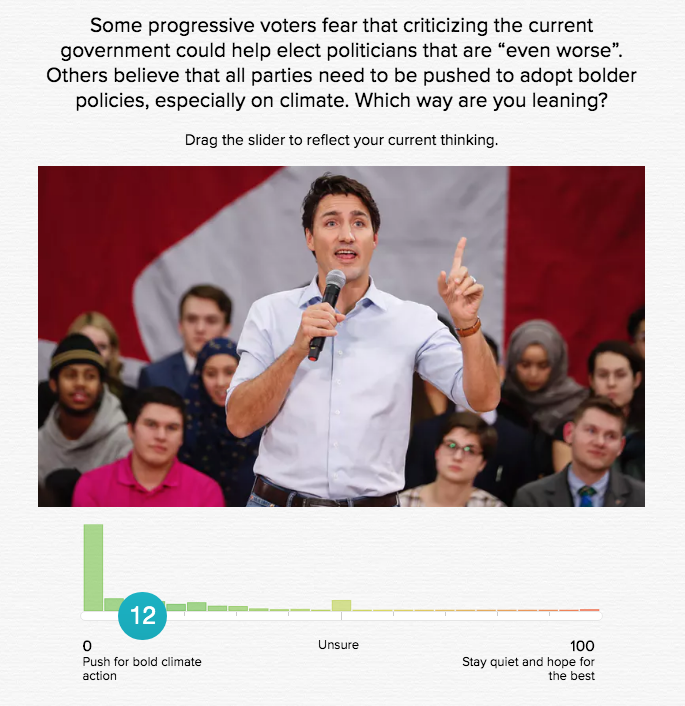 Should Dogwood join a coalition of Indigenous groups, community leaders and ENGO’s in support of a Green New Deal? Most said yes! And then we did. The very next week. (You can sign here if you haven’t yet.) 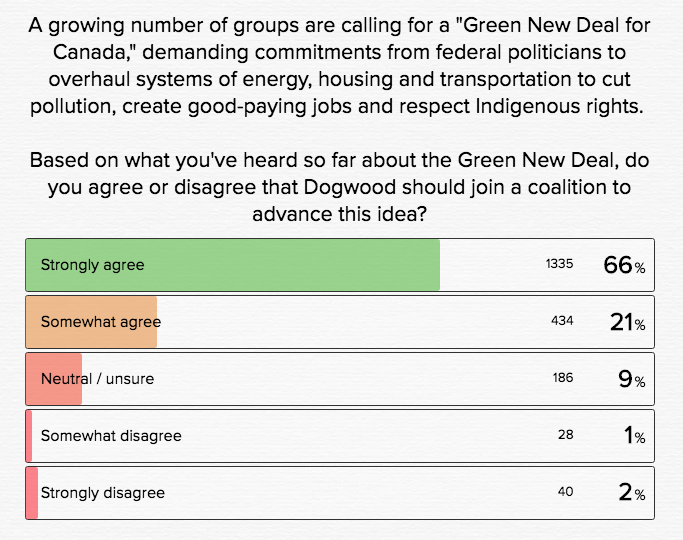 Well, that’s a wrap for this year’s Dogwood supporter survey! Thank you to all those who answered our questions — your time and insights are more precious than words can say. Now that our path is laid out, let’s get to work!