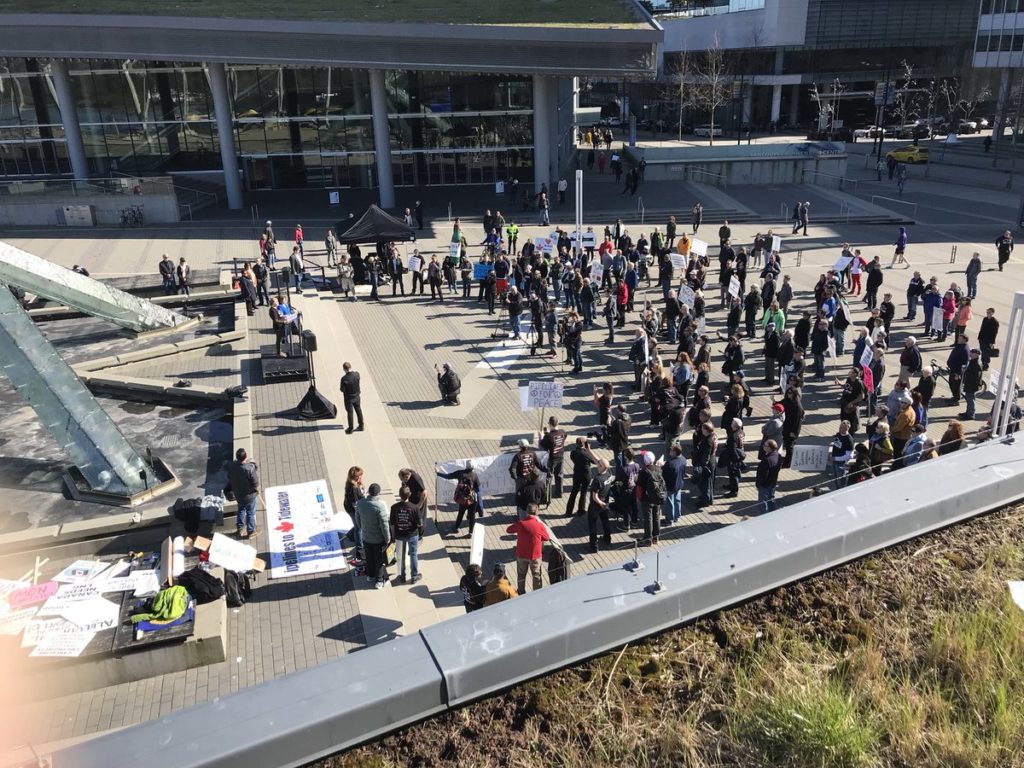 Anti-water protesters rally by the dozens

VANCOUVER – Despite having bodies made up mostly of water, dozens of angry middle-aged men gathered over the weekend to protest regulations designed to protect B.C. rivers, aquifers and beaches.

The crowd chanted pro-pollution slogans, pausing only to slake their thirst with pure, refreshing water and water-based beverages.

Funded by a thinly-veiled oil industry front, many of the protesters travelled from Alberta to tell British Columbians and local First Nations what to do.

“I love visiting Vancouver,” said Brent Johnson of Calgary, sporting a black cotton “I ❤ LAYING PIPE” t-shirt manufactured with copious amounts of water. “The waterfront here is beautiful. But you know what would make it better? Hundreds of crude oil tankers.”

At press time, protesters were trying to reconcile their innate hatred for Justin Trudeau with his obvious support for their agenda.

Yes, this article is satire.

8 Responses to “Anti-water protesters rally by the dozens”