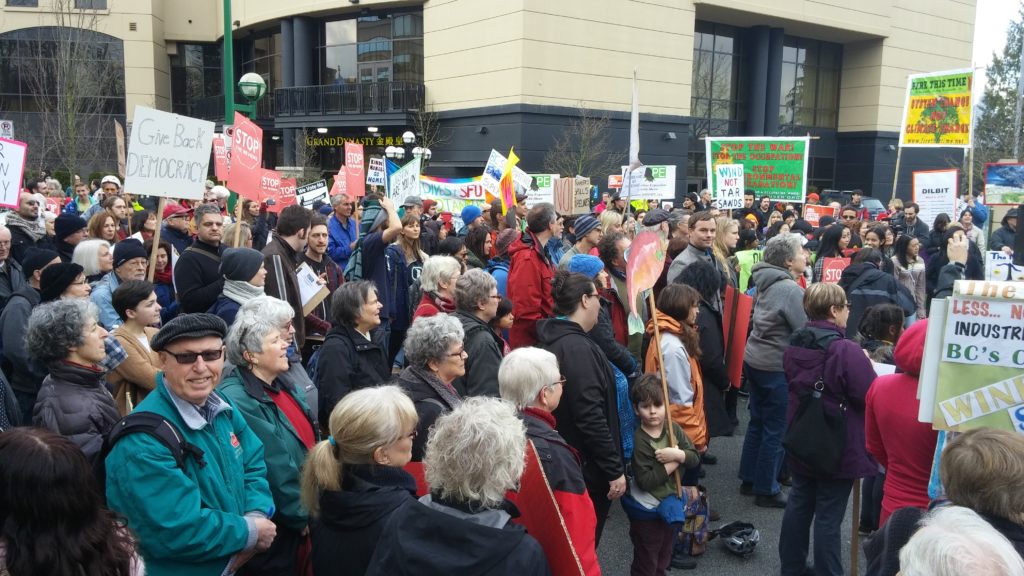 Fifty per cent strongly oppose the proposal as compared to only 12 per cent who strongly support.

“When British Columbians actually get the facts about oil tanker and pipeline proposals, their opposition is overwhelming,” said Will Horter, executive director of Dogwood Initiative – one of four groups that commissioned the poll. “Other polls in the past few months have only talked about pipelines with no mention of the crude oil supertankers that would inevitably come with them,” said Horter.

This is the first poll released about Enbridge’s oil tanker and pipeline proposal since the National Energy Board’s joint review panel (JRP) recommended conditional approval in December. When asked whether they trust the review process, 51 per cent of British Columbians say they distrust the process, while only 32 per cent trust it. Seventeen per cent are unsure.

“These polling results bring home why the Enbridge tanker and pipeline proposal is going nowhere fast – despite the JRP recommendation,” said Jessica Clogg of the West Coast Environmental Law Association. “Residents of B.C. continue to withhold ‘social license’ for the project, while multiple First Nations lawsuits threaten to derail it and the government of B.C. formally opposed the Enbridge project.”

According to the poll, only 13 per cent of British Columbians feel decisions about projects like Enbridge’s Northern Gateway proposal should be decided solely by government, while the vast majority (79 per cent) believes the public deserves to participate in decision-making.

In March 2012, Justason Market Intelligence found that 66 per cent of British Columbians opposed the proposal, with 50 per cent strongly opposed.

“For all the millions of dollars Enbridge has spent in advertising over the past two years, opposition to this proposal hasn’t budged.” said Sven Biggs of ForestEthics Advocacy, another group involved in commissioning the poll.

“British Columbians simply do not accept closed door decision-making and know they deserve a say. Any politicians thinking of cutting a backroom deal do so at their peril,” Horter said.

Research Notes: These are the findings of a Justason Market Intelligence telephone-online hybrid poll of 600 adult British Columbians. The research relied on a random telephone sample and Justason’s online panel. Data were weighted to match the regional distributions and demographic characteristics (age and gender) of British Columbia according to the most recent census.