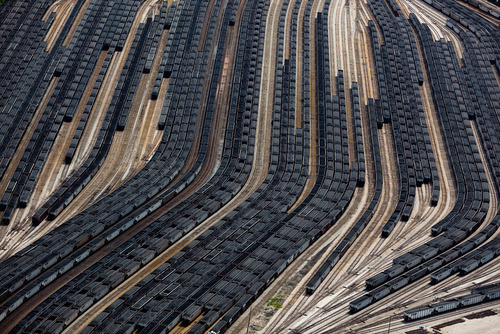 We deserve the facts!

Over the past year Dogwood Initiative has been part of an ever-growing grassroots movement to protect our health and communities from the threat of expanded coal exports. We are now part of a powerful network of environmental and community groups that has forced Port Metro Vancouver to respond to public concerns over the U.S. coal transshipment project proposed for Fraser Surrey Docks and Texada Island.

If approved, this project would see up to 8 million tonnes of coal transported by trains from the U.S. then transferred onto barges at Fraser Surrey Docks, sent down the Fraser River and past the Sunshine Coast to the west coast of Texada Island, and then loaded onto ships bound for Asian coal-burning power plants.

Thanks to you and the work of our partner organizations, nearly 30,000 people have signed petitions opposing coal export expansion and thirteen municipal and regional governments have opposed or expressed concerns about the proposal. These efforts have kept a final decision for Fraser Surrey Docks at bay far longer than anyone thought possible.

We have come a long way, but there is much left to be done.

So far, no one is looking at the whole picture of how coal export expansion could turn B.C. into a coal export superhighway.

In addition to the Fraser Surrey Docks-Texada proposal, Port Metro Vancouver has allowed capacity increases over the past several years that could add up to 15 million tonnes of thermal coal shipments per year through Westshore Terminals in Delta, and an additional 10 million tonnes of metallurgical coal annually through Neptune Terminals in North Vancouver. All of this is going ahead without a comprehensive assessment of the risks to our environment and public health.

There’s no requirement for health or environmental assessments before this permit is granted – but there should be, and B.C.’s health and environment ministers can make it happen. We deserve to know the impact of coal dust on people along the rail routes and near storage facilities, and on shellfish aquaculture and fragile sturgeon populations.

Port Metro Vancouver’s environmental impact assessment for the Fraser Surrey Docks project was totally inadequate, so the province may be our last hope to get the information we need about health and environmental effects of expanded coal shipments. B.C.’s health and environment ministers need to know you’re counting on them to get all the facts before allowing expansion of coal exports.

Since we launched this effort two weeks ago, 2,426 people have sent messages to provincial ministers urging them to stand up for our health and environment by requiring comprehensive assessments. That’s on top of hundreds of residents and groups who’ve already been writing to provincial ministers since last fall. It’s a fantastic start, but our voices need to be even louder.

With our partners we’ll continue to push the provincial government for real health and environmental assessments ahead of a permit decision on the Texada Island side of the project. We’ll also make sure all concerned residents and community groups are fully engaged when Metro Vancouver considers air emissions permit applications for Fraser Surrey Docks and Neptune Terminals.

We’re also looking at a long-term strategy to democratize Port Metro Vancouver. The port is supposed to be a regulatory oversight authority, but it operates more like a corporation with its unelected board of industry insiders. The best way to change the port’s priorities is to change its governance structure.

It’s time to ensure future port decisions properly incorporate the public interest so we don’t have to engage in the same battles again and again – whether about expanded coal ports, oil tanker terminals or other projects that impact our air, land and water.

To accomplish all this we know the most important work we must do is continually build our network of supporters – with volunteers on the ground, through social media, and in one-on-one conversations.

A large, organized network of engaged people is the only force that can defeat plans to expand coal exports off our shores and give back to British Columbians the voice they deserve in the decisions that will shape our future.