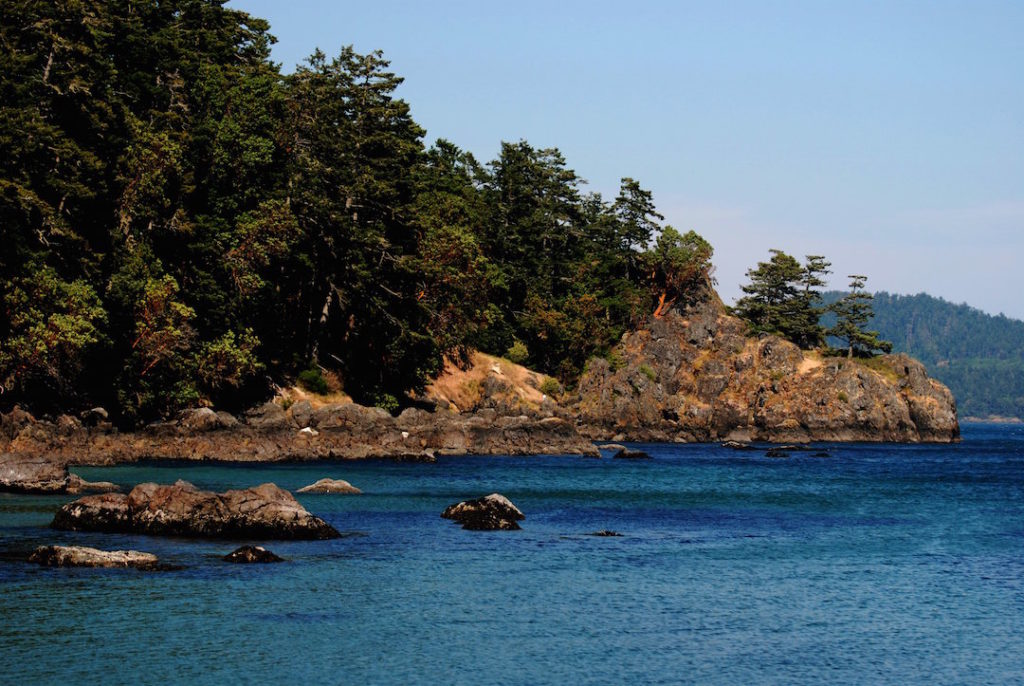 Big waves made in a small community

To tanker or not to tanker, that is the question… that will be on a Sooke referendum this coming municipal election.

In a unanimous decision made by Sooke council earlier this month, the issue of increased tanker traffic will be officially added to the ballot this November, giving voters an opportunity to put in no uncertain terms whether they are for or against shipping bitumen along their coastline.

Unlike other coastal communities (we’re looking at you, Courtenay and Comox) where the majority of council members take a backseat when it comes to local jurisdiction over land and sea, Sooke is a shining example of a community dedicated to ensuring the concerns of residents are heard and (gasp!) addressed.

Now, this isn’t Sooke’s first rodeo. They’ve stepped into the ‘yes, it is our jurisdiction’ arena before, most notably when the district’s council members put pen to paper in 2012 to draft a letter to the federal minister of environment outlining constituent opposition to tanker traffic expansion. They urged him to support credible public consultation before deciding whether or not to back pipeline projects that would depend on marine vessels to transport oil.

This latest decision to implement a public vote is a second, very important step that will reinforce Sooke’s clearly stated opposition, and was spurred on by engaged community members  like Jeff Bateman and Jo Phillips, both of whom co-sponsored the original motion to the council in July.

As in most cases of community togetherness and general getting-things-doneness, the forward momentum on this second step was driven by teamwork: Transition Sooke, Awareness Film Night, Dogwood supporters, and other dedicated individuals banded together and organized to garner support on this issue. This plucky group of Sooke-ites (Sooke-ians? Sookers!) brought the tankers proposal forward this past July, urging council and the mayor to take more decisive action. Through encouragement from Dogwood organizers like Terry Dance-Bennink, Amanda Johnston, and many others, more than 30 residents wrote letters to the mayor’s office requesting that this proposal be acknowledged and approved.

It was standing room only at the historic council meeting. The panel heard from almost a dozen speakers, all of whom had been a part of the organizing effort. With poise and determination, person after person stood to tell their story. Johnston made an especially impactful statement, posing questions that painted the picture of a community inundated by oil tankers.

“What would Sooke look like in 10 years when the Kinder Morgan pipeline sends even more tankers out through the Strait?… And when one of those 225-a-year super tankers has an oil spill, what will Sooke do?… What would our salmon and halibut stock look like? What would our tourism look like?” She finished by saying something that everyone in the room could relate to: “I just really want to be proud of my own hometown too.”

Everyone who spoke at the meeting reinforced the desire for a powerful and united front on this issue. After listening to the concerns from their community, the council made the unanimous decision to officially hear from their constituents through the democratic process of a vote. After the decision, key organizer Dance-Bennink proudly said, “[Sooke] is making history, not just observing it.”

While it’s true a local voting process like this won’t necessarily result in a bill or any kind of binding legal action, it does send a very important message to elected officials of the region and province: communities want a say in important local issues, putting on record their desires and directing their elected officials to make decisions based on citizen concerns. These realities are not lost on mayoral candidate and current council member Maja Tait, who believes it’s “meaningful to speak as a community on this issue.

“A plebiscite is one way for all of us here to draw a line in the waters. The results will provide a few clues to the next council about how much value the community places on the environment and perhaps how much of a green framework should be brought to future policies and decisions.”

For Sooke, the decision will soon be theirs to make. With continued engagement, organizing and (of course) a little spunk, our hope is that soon every British Columbian will feel their voice is being heard.