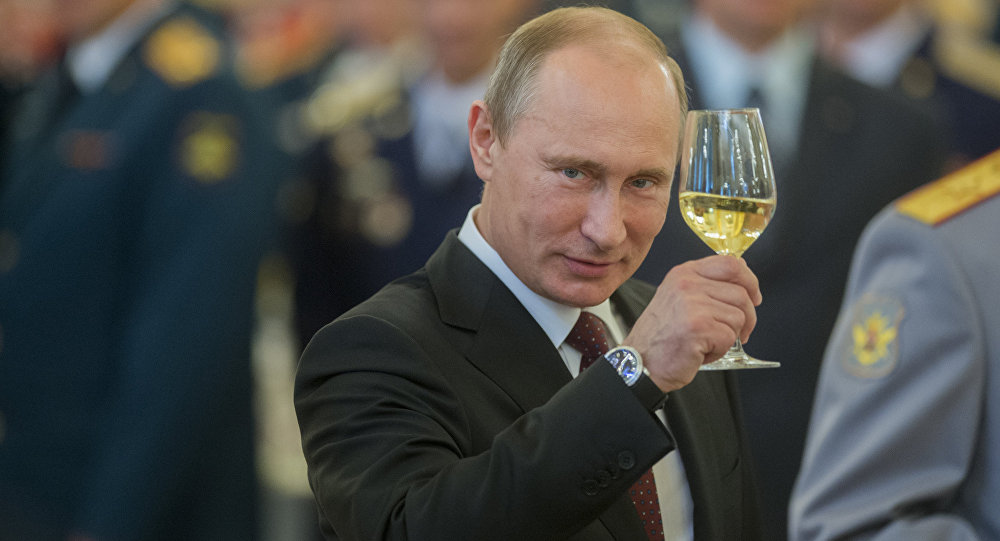 Jason Kenney has no evidence, he’s just asking questions: Is the Kremlin pulling the strings of Canadian opponents to Kinder Morgan’s new pipeline? Could these so-called environmentalists, in fact, be fictitious St. Petersburg bots?

Nyet. But British Columbians did have some wholesome social media fun with that one:

And while these everyday British Columbians have no ties to Vladimir Putin, Kinder Morgan does. If Kenney is fond of conspiracy theories, he should look at the Russian businessmen who have every interest in seeing this pipeline built.

Enter Evraz, the global steel company Kinder Morgan signed up to supply 250,000 tonnes of pipe for their new Trans Mountain line. That’s more than three quarters of the steel needed for the entire project.

Evraz is owned by Russian billionaires, including Roman Abramovich, a close confidant of Vladimir Putin. Abramovich is one of the Russian oligarchs on a new American list for potential sanctions. His net worth totals nearly 15 billion Canadian dollars — his personal yacht alone is worth half a billion. And he’s not just tight with Putin. Ambramovich counts the Trumps among his family friends.

But while I can get pretty riled up about far-away billionaires profiting off pollution and the violation of Indigenous rights, there’s a yet more concerning component of Kinder Morgan’s Russian pipe deal.

This pipe could be in violation of Canada’s quality-control requirements. Yes, the very pipe that would ship toxic, explosive substances through B.C. neighbourhoods and elementary school playgrounds.

Kinder Morgan was supposed to have a quality management plan in place for their pipe — four months before beginning to manufacture it. And while the National Energy Board had yet to approve the company’s pipe quality plan, Evraz began manufacturing anyway, back in October.

Federal politicians keep repeating that they approved Kinder Morgan’s oil tanker expansion with 157 conditions. But we already know they’re not enforcing these conditions. Like that time the Texas company illegally installed anti-salmon spawning nets in B.C. riverbeds, facing no consequences. Or when oil minister Jim Carr asked the NEB to exempt Kinder Morgan from condition 2, to expedite construction.

It’s the kind of thing you might expect in a corrupt petrostate — like Russia. Perhaps Jason Kenney is right. Perhaps we do have more in common than we’d like to admit.