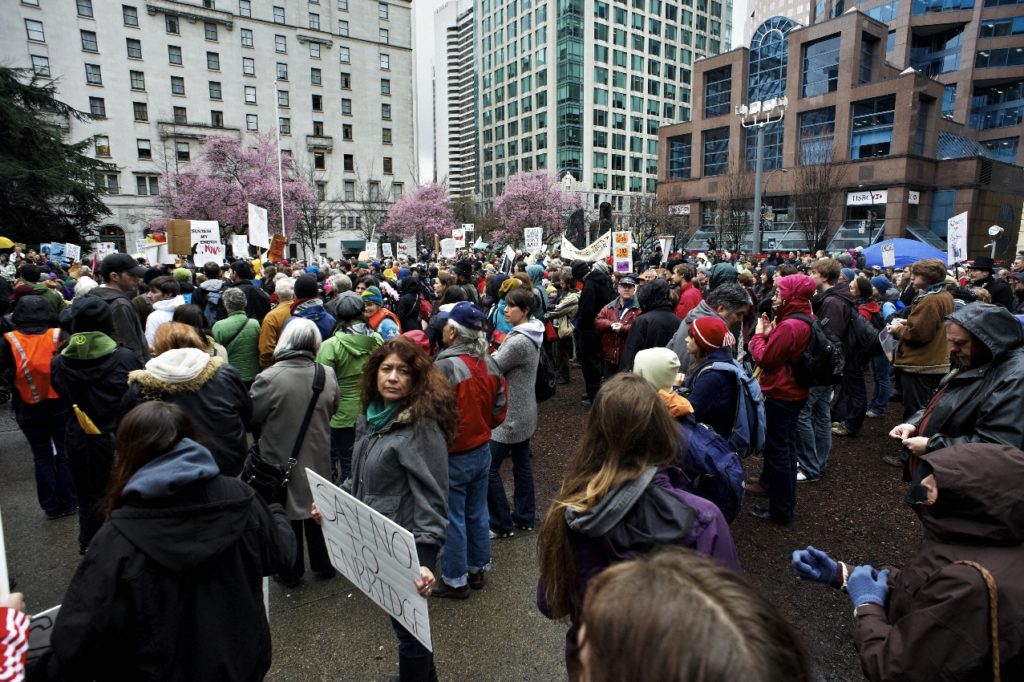 Trudeau’s decision was heralded by groups as the best way to permanently protect northern British Columbia’s ecosystems, rich biodiversity and economy from the risk of oil spills as well as further proof that tar sands pipeline proposals are far from ‘no brainers’ – B.C. is already feeling the impacts of climate change and projects like Enbridge Northern Gateway would lead to worsening wildfires and drought.

“A legislated oil tanker ban will send a strong message of positive change to all British Columbians, while rebuilding the trust that has been lost over almost a decade in the battle over Northern Gateway,” said Caitlyn Vernon, campaigns director at Sierra Club BC. “We want Prime Minister Trudeau to know he has tremendous support for this promise to legally protect B.C.’s north coast from oil tankers.”

In his recent mandate letters to Minister of Transport Marc Garneau and Minister of Fisheries, Oceans and the Canadian Coast Guard Hunter Tootoo, the Prime Minister states that he expects the Ministers to formalize the moratorium as a top priority.

“The unity of northern communities in saying no to Enbridge’s Northern Gateway proposal has been astounding,” said Brenda Gouglas, a Councillor for the District of Fort St. James and member of the Fort St. James Sustainability Group. “Northerners aren’t willing to accept the risks of these types of oil pipeline and tanker projects. The next step is for Minister Garneau to enshrine the tanker ban in law so the coast and the people that depend on it will be protected in perpetuity.”

Coastal First Nations have already declared a ban on oil tankers on the north coast and recently issued a media statement supporting the federal government’s commitment to do the same.

“As coastal communities, we have united against Enbridge because we depend on a healthy ocean for our livelihoods and food,” said Des Nobles, president of Local 37, UFAWU-Unifor, and northern outreach coordinator at T. Buck Suzuki Environmental Foundation in Prince Rupert. “A permanent, legislated oil tanker ban is the best way to protect our wild salmon economy and bring hope for a new path forward that respects communities and ecosystems.”

“The new government, while in opposition over the previous five years, supported several versions of a tanker ban bill which would have amended the Canada Shipping Act, 2001 to prohibit the operation of oil tankers in Hecate Strait, Queen Charlotte Sound and Dixon Entrance,” said Gavin Smith, a staff lawyer at West Coast Environmental Law Association. “While those previous bills did not pass, the necessary legal avenues clearly exist to swiftly legislate an oil tanker ban when Parliament reopens, bringing binding legal protection to this area.”

Since Nov. 4, the Dogwood Initiative has collected more than 15,000 signatures on a petition calling for a legislated oil tanker ban on the Pacific North Coast.

The coalition, along with labour, faith groups and businesses, today sent an open letter to Prime Minister Trudeau supporting the government’s commitment to legislate an oil tanker ban on the Pacific North Coast, which would spell the end of the embattled Enbridge Northern Gateway proposal and create a new era of hope in B.C.