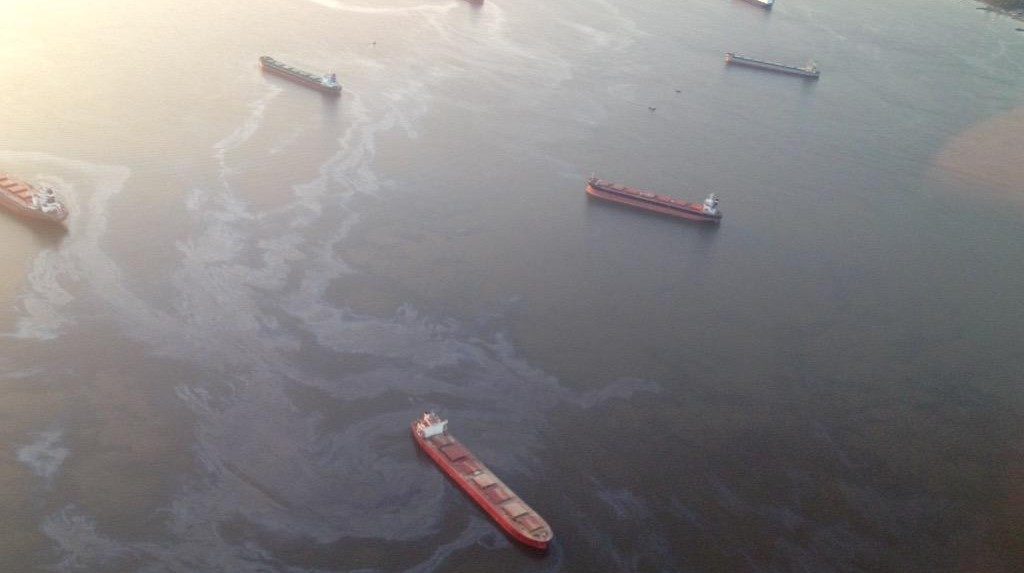 What do you do to prevent more oil spills?

One week ago Vancouver residents woke up to the news that a grain freighter at anchor had leaked bunker fuel into English Bay. No reason to panic, right? Conditions were sunny and calm, there was hardly a breeze: a golden opportunity for the federal government to demonstrate its “world-leading” spill response.

It’s pretty clear now what a meaningless phrase that is. After watching federal officials trip over themselves for the past seven days, one thing is clear: it makes absolutely no sense letting Kinder Morgan run 408 crude oil tankers through Burrard Inlet every year. What spilled from the Marathassa was equivalent to 17 barrels of oil. Aframax tankers carry 800,000 barrels of oil.

So what do everyday British Columbians do when we’re told to expect more and more oil to keep washing up on our beaches? We grab our clipboards and get to work, channeling our frustration into something productive.

On Saturday nearly 100 organizers in six communities on Vancouver Island and the Lower Mainland collected 1,445 signatures calling for a fair, independent, B.C.-led review of Kinder Morgan’s expansion proposal – so the public can understand the true risks this project poses to our province.