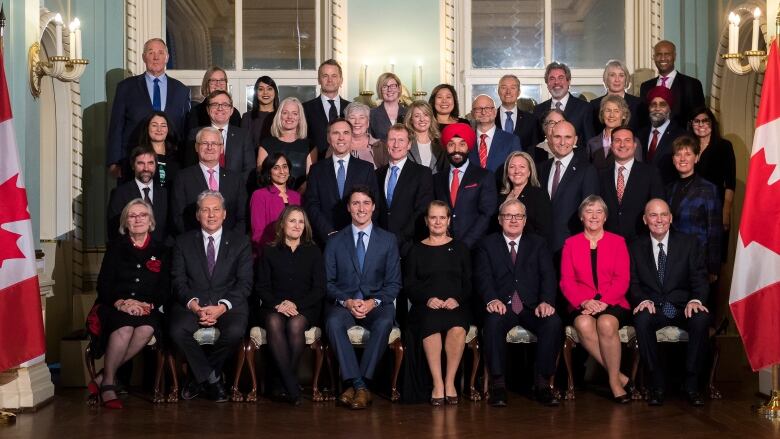 Trudeau’s centrist cabinet on the track of no return

There’s an old song from the popular folk-rock album Working Man’s Dead about the infamous train conductor Casey Jones. As Trudeau’s new cabinet was sworn in at Rideau Hall, the lyrics wormed their way into my brain.

The song retells the story of how an engineer took an ill-advised second shift on a doomed train. Failing to see the warning signs, he drove his crew into a head-on collision one mile from home.

I imagine by now you have probably digested press reports from the swearing in ceremonies at Rideau Hall. Speculation abounds about why each Member of Parliament was chosen for which cabinet seat. Overall, Trudeau’s conservative choices left me feeling cynical.

With rebels like Jane Philpot fading in the rearview mirror and ultimate Liberal insider Dominic LeBlanc safely atop the Privy Council, power will remain where it’s gravitated to so many times before — the Prime Minister’s Office.

Speculative hold outs for a flash of inspiration died when prominent Quebec environmentalist Steven Guilbeault was stashed at Canadian Heritage. And with Jonathan Wilkinson positioned as Environment and Climate Change Minister, it’s clear this cabinet has been tasked with one job: keep the train on the track.

A rapid retreat from the ‘climate change election’

A faster-paced more ferocious climate crisis penetrated the Canadian psyche in 2019, pushing hundreds of thousands into the streets and creating winning conditions for parties with strong climate platforms. With the Liberal party requiring support from climate-concerned opposition to govern, the stage was set for the new government to deliver on platforms Canadians voted for.

Instead, Alberta seems to be defining the agenda.

It appears the volume from the post-election oil-fueled #wexit tantrum out of Calgary has rattled the Prime Minister and drowned out the will of the majority. I have yet to hear whether or not the Bloc, NDP, and Greens feel the same need to calm the growing fire on the prairies by keeping Canada in its lane when it comes to action on climate.

The Cabinet as unveiled on November 20 now looks less like the light at the end of the tunnel, and more like approaching headlights from the freight train that took out Casey Jones.

Because of this, I am confident that by the time we read the next cabinet report, our emissions will have risen and we will still be expanding oil and gas production.

Despite tonal shifts, Team Trudeau has not fundamentally changed direction from the doctrine Stephen Harper put in place a decade ago when he largely succeeded in remaking our identity as a global energy superpower.

The centrists around the table continue to accept the logic that Canada is blessed with resources and isolated from the world’s insanity. That we are safely parked across the ocean from the next superpower and neighbours to the current one. And that we have secure oil supplies connected to safe and efficient transportation networks with a favourable northwestern view of Asia.

A consensus at the top, built by relentless oil and gas lobbyists (who talk to federal officials six times every single day), has been reached: it’s to our advantage to take one last, long drink from the oil and gas trough. We’ll capitalize on our “ ethical oil”. We’ll downplay our “relatively small” emissions. We’ll use the wealth we gain at the expense of the health of life around us. When the time is right, we’ll buy our way back into whatever new economy materializes 15 years down the road. Hyperloops. Laser mining. Vertical offshore salmon farming. Cannabis for everybody.

Will we pull the brakes in time?

I have always believed and argued the only mechanism able to invoke and organize a collective response to the climate emergency is our federal government. But now I’m beginning to wonder. Cabinets structured around appeasement — and governments formed under First Past the Post — don’t lend themselves to taking the action required to reign in oil and gas.

But the cars in the centrist train — whether it’s John Horgan’s, Rachel Notley’s or Justin Trudeau’s — have a weak link. Canadians, especially a growing bloc of organized youth, are increasingly rejecting the gamble the centrists are taking which is that most who live within a rifle shot of the 49th — and those with relative wealth and privilege – will be OK. That it won’t be that bad. News from the real world suggests otherwise.

In the coming weeks, the courage of the opposition to stand with the growing Canadian majority demanding bold climate action will be put to the test.

What happens if they won’t is anyone’s guess.