Sign our petition to lower the voting age to 16 in B.C.

Threatened by climate change. Forced back into crowded classrooms during a pandemic. Laid off with almost no job prospects. Faced with an uncertain future.

Sixteen and seventeen year olds are impacted every day by government decisions. And just like other citizens, we deserve a say in what lies ahead.

Our goal is to lower the voting age in B.C. to 16 years old.

With our whole lives still ahead of us, our future is at greater risk. Climate change is threatening to destroy our communities and shorten our lifespans. Experts are sounding the alarm about a pandemic-driven recession that will affect B.C. for decades to come – directly impacting young people’s education and job prospects.

Youth must have a role in shaping our own future. 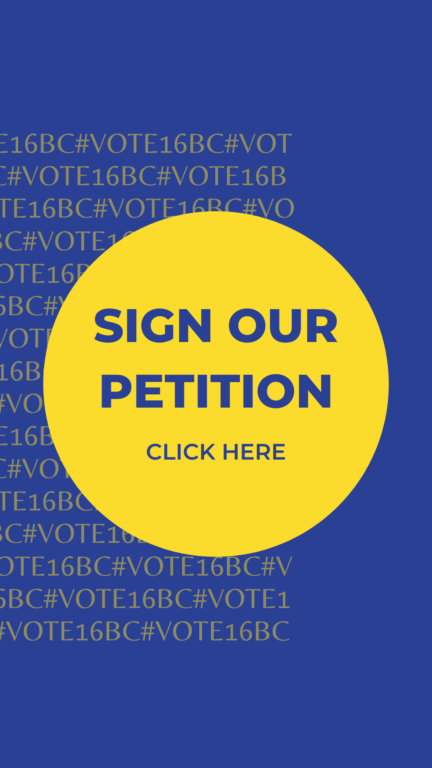 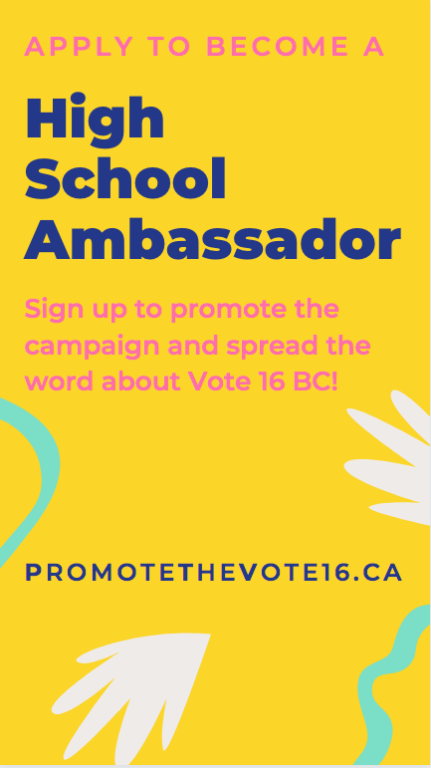 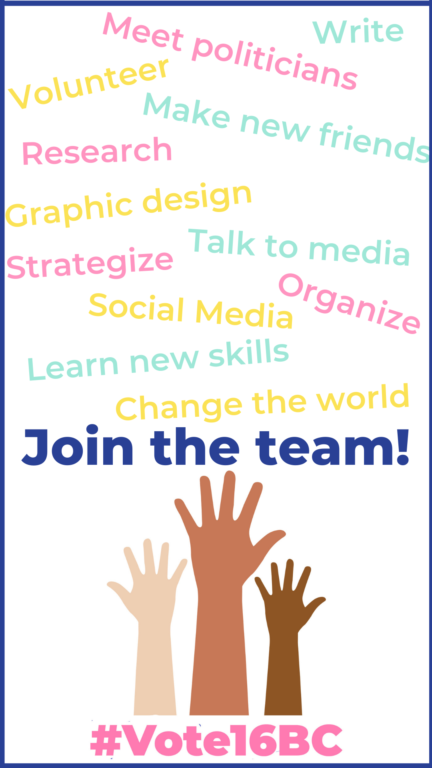 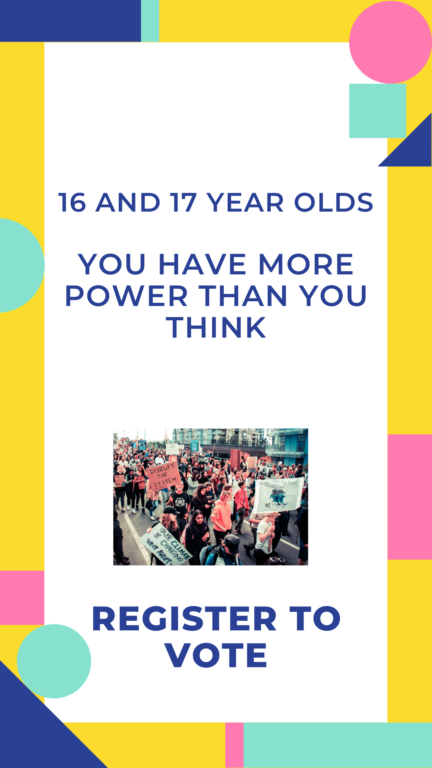 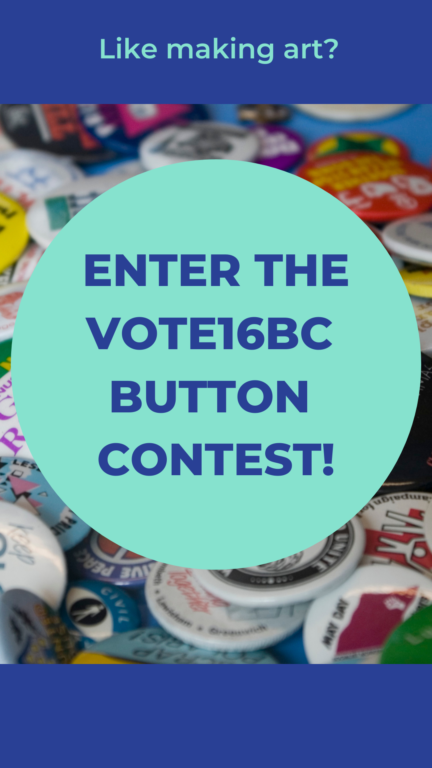 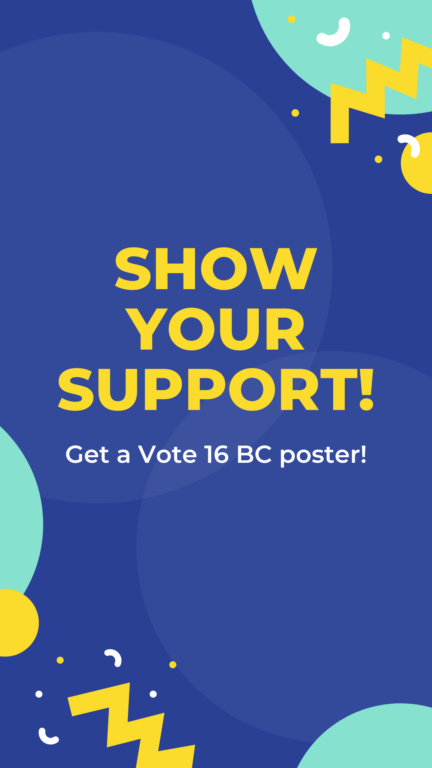 Support is growing across the province

Word is spreading and our campaign is quickly gaining momentum. In addition to the thousands of British Columbians who have already signed our petition, here are some other things we are celebrating: 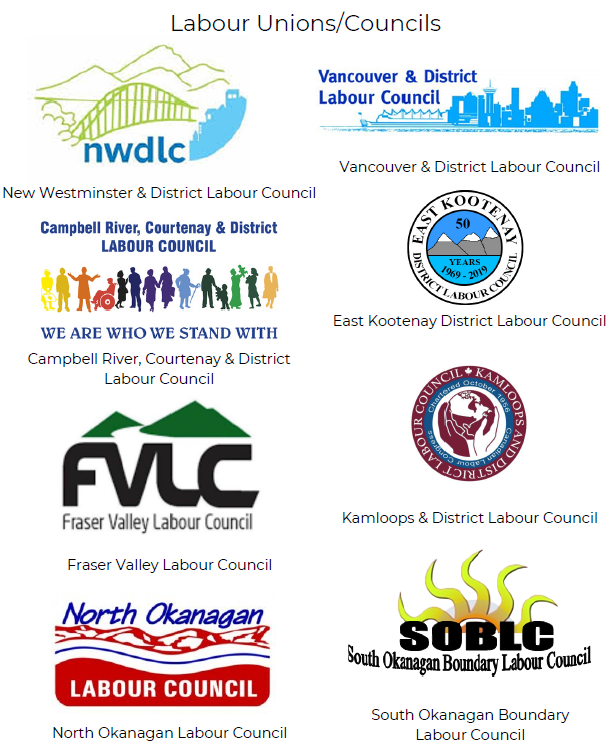 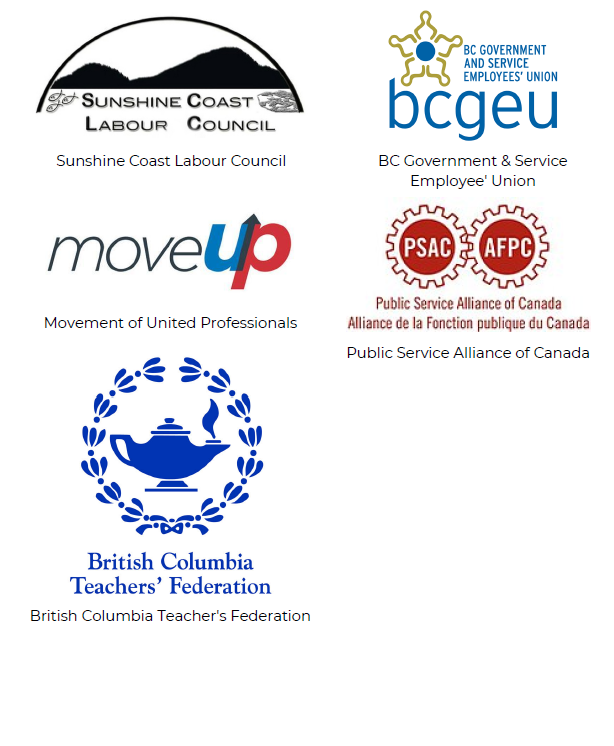 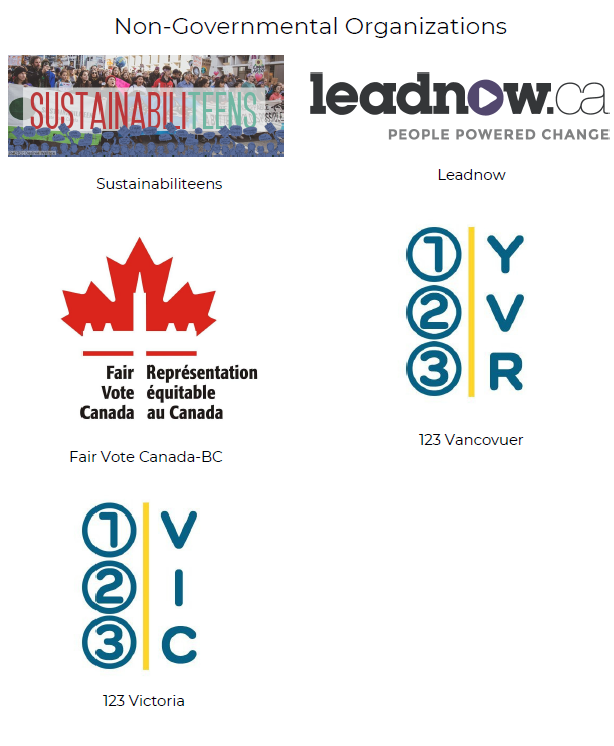 The real question is, why shouldn’t we?

The reason to lower the voting age is simple: in a true democracy, those who are affected by government policy should have a say.

The positive impacts of lowering the voting age have been demonstrated around the world: Increased voter turnout. Better policy that meets the needs of everyone. An education system that puts students first. Real climate action. And politicians who must think about building our collective future — not just the next election.

Voting is a habit. It has been proven that if first time voters have social and educational supports — which come naturally when you live with your parents and attend school — they are more likely to vote again. Right now, we ask youth to start voting during a time of transition in their lives. At 18, many are moving away from home, leaving high school, getting jobs or going to university. This makes it harder to register and get to the polls.

In many countries where the voting age was lowered to 16, turnout has gone up. A good example is the Scottish independence referendum where 16 and 17 year olds had higher rates of turnout than 18 to 34 year olds.

As a bonus, new research is showing that younger voters create a “trickle up” effect, where parents and other adults in their lives are more likely to vote when youth do.

At 16, Canadians can drive a car, move out, get a job, pay taxes, join the military, get married or go to university. And it’s teenagers who are leading the major social and political movements of our time. The student climate strikes, March for our Lives and Our Time are all led by people who currently don’t have the right to vote.

Besides, age is not the benchmark for whether or not you can cast a ballot. There are many adults who don’t understand politics or don’t care, but are still eligible to vote. 18 is an arbitrary number, not the standard for maturity, logic or intelligence. The voting age in B.C. was 19 until it was lowered, without fanfare, in 1992.

Interestingly, this was the same argument used to deny women the right to vote — they would just vote the same as their husbands.

People of all ages are influenced by their loved ones. Teenagers are no more or less vulnerable to peer or family persuasion. Studies have shown the “cold cognition” skills used to make voting decisions are already solidly developed in 16 year olds.

If you are a teen or are a parent of a teen, you know they are very capable of making up their own minds and not easily swayed into doing something they don’t want to.

Do teens even care about politics?

It’s true that some don’t care. Maybe because they don’t think anyone will listen to them. On top of that, they can’t vote! If society wants to get youth more interested in politics, the first step is to give them a ballot. Despite this barrier, many teens now are getting involved in politics and advocacy because adults, especially politicians, don’t seem to be taking climate change seriously. With access to the internet, it’s a lot easier than it used to be for kids to get the latest news and organize around important issues … including lowering the voting age. 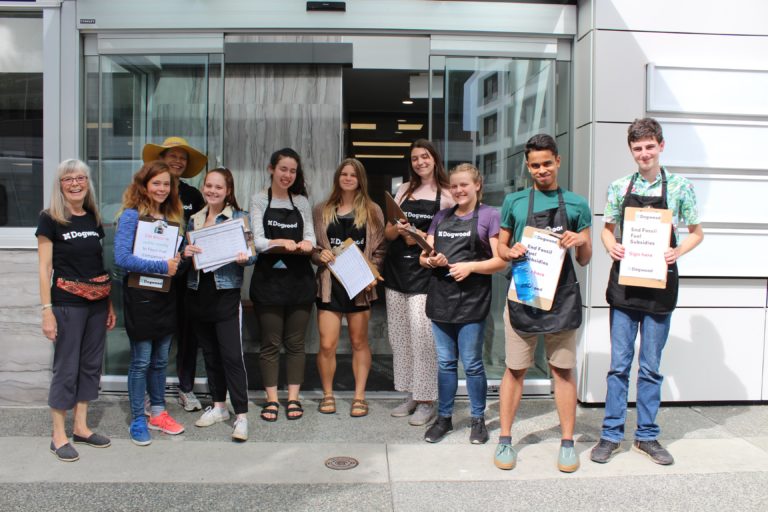 YES! I call on B.C. political parties to commit to lowering the voting age to 16.

Want to get in touch with us? Send us an e-mail at vote16bc@dogwoodbc.ca.